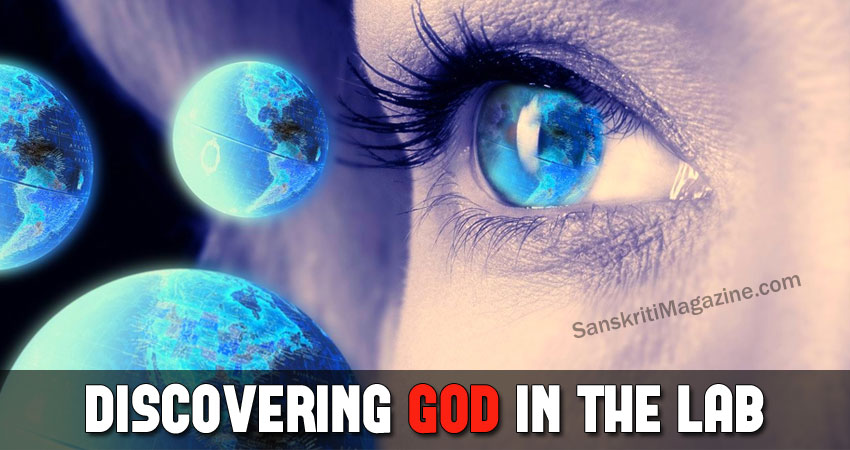 God is not proved objectively. What is proved objectively — the electron, neutron or proton? Nobody has yet seen electrons, neutrons, protons, but the scientists say they are. If nobody has seen them why do you say they are? Scientists say, “Because though we cannot see them, we can see their effect.” The mystics say the same thing: “God is not observed objectively, but we can see the effect. “Can’t you see the universe running so intelligently? Can’t you see tremendous intelligence permeating the whole? It is not only the mystics who say the universe is full of intelligence.

Albert Einstein’ said, “The scientist’s religious feeling takes the form of a rapturous amazement at harmony of natural law which reveals an intelligence of such superiority that compared with it, all the systematic thinking and acting of human beings is an utterly insignificant reflection.”Listen, this is not Bohme, Ramakrishna, or Rajneesh. This is Einstein saying that it is not a dead universe, that it is not a “stupid” universe, that it is intelligent.Physics has become metaphysics again. Physicists even talk about atoms having free will. Einstein said no event can be postulated without the presence of a witness, an observer.

Molecular biology has conclusively proved that the “matter” of organic life, our very flesh, really is mind-stuff. What is the purpose of this intelligent universe? Scientist David Foster says: “To become more intelligent.” I love this answer. This is what the mystics have always been propounding. From unawareness to awareness… from unintelligence to intelligence… there is the way and there is the goal. The Upanishads say: “tamsoma jyotingamay” — “O Master of the Universe, take me from darkness to light.”

What do we mean when we say “God is”? We only mean that the world is intelligent, nothing else. God cannot be proved objectively, that’s true. Nobody is trying to prove him objectively. In fact, if God is proved objectively, he will be no longer God. Then he will become a thing. Then you can dissect God in your lab, you can analyse; then it will not be God at all.

I have again and again said that Creation is the Creator, that the world is God; that there is no separation; that it is not like a painter and the painting — in fact it is like a dancer and the dance. God is existence. There is no separation. Not that God has created it; God has become it. You cannot find God anywhere else other than in his existence, and you cannot separate them.

In fact, my own choice is that I don’t like calling God “Creator”. I call God “creativity”. It is an ongoing process. Not that one day God created the world. Creation continues. It is moment to moment, moving, it is a process, it is dynamic, it is river-like. And God is not separate. Through meditation you come to your innermost core of intelligence. Through meditation you become so silent that your own intelligence is revealed to you. In that very revelation, God is revealed.

Computerized Gods in the Age of Information

Divinity lies within us

Treading the path of Spirituality

Go On, Write Your Own Destiny!!