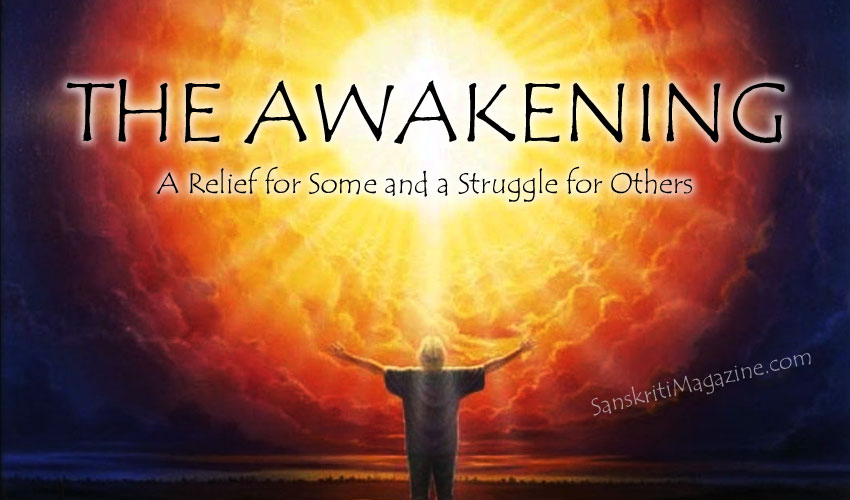 Some people take a while to wake up and get out of bed in the morning, hitting the snooze over and over, or walking around like a zombie until they’ve had their coffer and shower – or just plain grumpy.  Some people spring out of bed excited to get on with the day right away.  Some people look forward to the routine never changing, and some people look for any way to change the routine and experience something new and dramatic.  All of these ways are valid and equally valuable.  Now let’s take this analogy and translate it to the current state of Humanity at large and what seems to be happening in recent years.

Much of Humanity has been relatively asleep in regards to conscious awareness, and has been living a kind of dream that spans from blissful to horrific.  For example, those that have followed the modern norm and mastered and taken full advantage of the paradigm of the masculine warrior approach, and achieved a level of success as measured in that paradigm, are self-admittedly and generally happy.  Whereas those who have tried to follow the norm and have been left behind, abused, or stuck in perpetual enslavement of sorts often admit to being generally unhappy.  In either case, life has been one of being fully focused in the external world without looking with an objective and broad perspective at whether or not the whole paradigm is sustainable, or makes sense, or is truly what they want to experience.

Finally there are some who have already consciously awakened, and they freely choose if, where, and how they participate in their own life and/or in the collective dream.  Most of that part of awakened humanity either worked fairly hard to get there, got there through an induced altered state, or are in a situation where they never went to sleep – like some or indigenous tribes or societies that remained well connected to nature and the feminine-based myths that are aligned with nature.

What has been happening over the last several years, is a process of waking up.  Some people don’t want to wake up and will resist and struggle to the very end, either hitting the snooze button over and over, or being grumpy or kicking and screaming – just trying to delay the inevitable.  Some people are excited and delighted to discover a whole new way of looking at their lives and world, seeing many things that were fuzzy before.  Others are simply coming back into their bodies and beginning to recognize and explore their own true desires.

Either way, everyone is waking up and their is no avoiding it.  There is no going back to sleep, no more snooze buttons, so we are all being forced to deal with it.

If this process is a struggle for some, it is because they want things to go back the way it was a few years or decades ago, the good dream they were having.  I don’t need to elaborate on that dream relative to the economic, social, and political paradigms that supported it; since if you are reading this, you probably are well aware of the issues around the lack of sustainability, inclusiveness, and functionality surrounding it.  I covered some of this in the vision section of my book Dreaming Your World Into Being, and there is much more out there in the mainstream about it now.

How the resistant one’s struggle unfolds and affects the world at large will depend entirely on how they choose to react to the new awakened paradigm.  The psychology of it is critical, just as is known in survival situations, where 90% is wanting to survive – psychological – and 10% is knowing how to find food, water, shelter, etc. – skills.  If those who are, or may yet be struggling with the new paradigm can be made to feel safe, supported, and find a new set of desires and skills to live, serve, and create with the rest of humanity and all of nature, then I believe the awakening will be more graceful than apocalyptic.  That is basically what my teachers, the Q’ero shamans, and I and many others are here to serve and support.

I think the miracle that many are praying for, hoping for, or looking for where everybody wakes up bright-eyed and bushy tailed and ready for the new fully-enlightened day is possible and would be great.  And, what I’m prepared to navigate, experience, and continue to serve within is something a bit more naturally messy.

I believe that eventually the difficult “morning” will pass and the new day will be a miraculous and great dream come true.  This may take a few years, but we can look forward to what the Q’ero shamans call a Millennium of Gold on the other side of this great awakening.