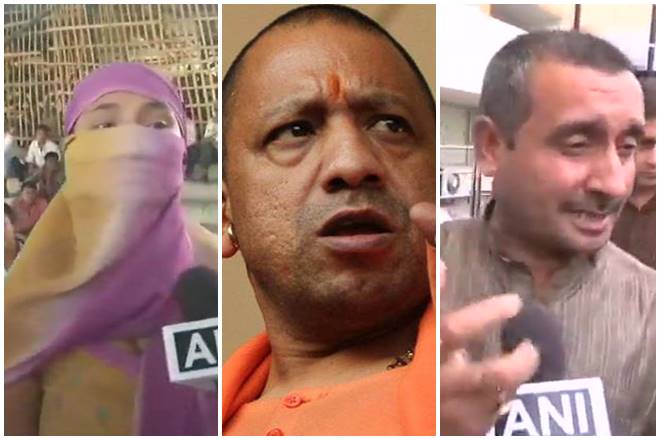 However, the BJP MLA Kuldeep Singh Sengar, who has been accused of raping the woman, denied that he had any connection to the death, and dismissed the rape allegation as baseless.

LUCKNOW: Hours after the father of the woman, who had alleged rape by a BJP MLA, died, Uttar Pradesh Chief Minister Yogi Adityanath on Monday said that ‘those who are at fault, will not be spared’.

Calling the incident unfortunate, Yogi Adityanath said, “ADG Lucknow has been asked to probe the matter thoroughly. Those at fault, whoever they might be, will not be spared.” The Chief Minister’s statement comes following the death of the victim’s father who allegedly died in police custody.

Uttar Pradesh DGP OP Singh said that the accused mentioned in the FIR will be arrested and necessary action will be taken following the investigation.

“We have formed a team in Lucknow which is already in Unnao to investigate. The accused mentioned in the FIR will be arrested. The jail authority has been told under what circumstances the man (victim’s father) died. The action will be taken after probe,” said OP Singh, UP DGP.

However, the BJP MLA Kuldeep Singh Sengar, who has been accused of raping the woman, denied that he had any connection to the death, and dismissed the rape allegation as baseless.

He was, meanwhile, spotted at Yogi Adityanath’s office. ” There is no allegation against me, I am open to any kind of investigation. Strict action should be taken against the real culprit,” said Kuldeep Singh Sengar.

The woman alleged that Sengar and his associates raped her, and that authorities had refused to register her complaint. She said she had been running from pillar to post for over a year, but that authorities had not paid her any heed. She attempted to set herself on fire twice – first outside Adityanath’s residence, and then outside the Gautam Palli Police Station.

However, police said there is more to the allegations than meets the eyes. “On further probe it was found that both parties are in a dispute since 10 to 12 years,” said Rajiv Krishan, ADG Lucknow. “Allegations can be proved only after a thorough probe,” he added.

New Delhi: An alleged phone call recording of a conversation between rape-accused Uttar Pradesh BJP MLA Kuldeep Singh Sengar and the uncle of the woman who accused him has revealed that the lawmaker was pressuring him to withdraw the complaints against him.

In the recording, Sengar can purportedly be heard as saying that the matter should be brought to an end. “Whatever has happened, has happened. You come to me. Am I closer to you or someone else? Let us start a new chapter,” he is heard saying in the phone conversation. “Stop everybody, tell everyone to remain calm.”

Speaking to Zee News about the said conversation, Sengar however denied making the call. “Let investigations happen, do not jump to conclusions. Whoever is guilty should be punished. I did not make any phone calls. If charges against me are proven, I will leave politics,” he said.

A Special Investigation Team (SIT) has been formed to probe all the allegations, added Kumar.