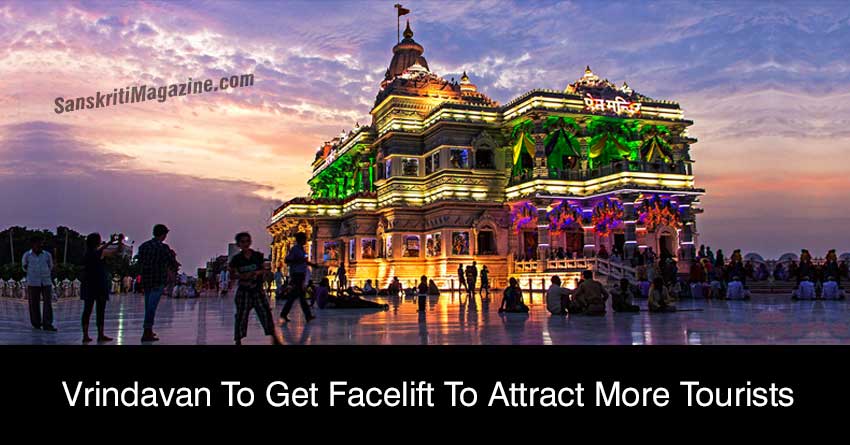 Mathura: A plan to boost the tourism potential of Vrindavan and develop it into a model city has received a green signal with authorities clearing a detailed project report worth Rs 515 crore. Pradeep Bhatnagar, commissioner of Agra division, gave clearance to DPR during a meeting yesterday with slight amendments to it.

“Now the focus would be on Vrindavan to make it a model city,” Mathura Vrindaban Development Authority Secretary B B Singh said.

The initial thrust would be on alternate routes connecting Vrindavan and National Highway (NH 2), solid waste management, underground power supply and others. “While 39 crores would be spent on Garud Govind Sunarakh highway, the road leading to 100 bed hospital from Rukmini

Vihar parking would also be given a facelift,” he said.

“The committee has also given its nod to Yamuna’s river front development by irrigation department,” he said, adding establishment of three ATM RO plants, construction of Jan Suvidha Kendra on Parikrama road among others are also on the cards.

District Magistrate Rajesh Kumar said, “Making of Vrindavan into a model city would ultimately boost tourism and employment and with more facilities, tourists proceeding Agra to see Taj Mahal might be attracted to Vrindavan as well”. “The developmental work would now be done in a planned way without affecting the soul of the pilgrim city. Mathura Vrindavan Development Authority would now coordinate the work and different government departments would now come under one umbrella,” he added.

Assam: 7 jihadis, including 2 imams of mosque, arrested, they had set up camp to impart physical training
Father can now give property to married daughter: Supreme Court
Comment