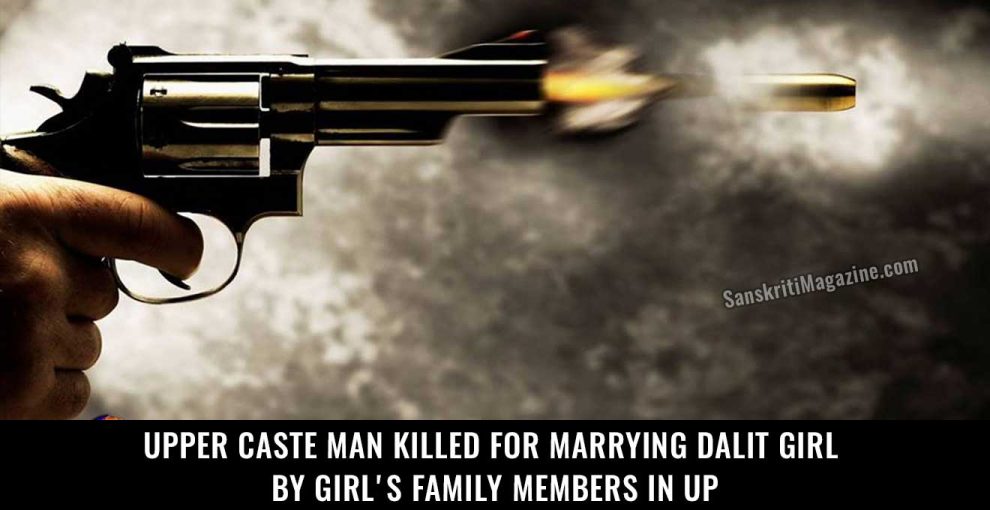 In a suspected case of honour killing, a 19-year-old man, who had recently married a Dalit woman, was shot dead barely 500 yards from a police station here on Sunday early morning.

The police have identified the deceased as Sonu Singh alias Naru, a resident of Sirki Mohal.

As many as five persons, including the woman’s uncle, Ashish Sonkar, came on two motorcycles and shot Mr. Singh in the head, Circle Officer (Kotwali) Ajay Kumar said.

The police rushed to the spot and found the victim lying on the road in a pool of blood. He died on the way to hospital, Mr. Kumar added.

A probe confirmed that Mr. Singh and the Dalit woman were in a relationship and had got married a few months ago.

The woman’s relatives had opposed their marriage. The inter-caste marriage could be the reason behind the killing, Superintendent of Police (East) Anurag Arya said.

He said the woman’s uncle had hired men to kill Mr. Singh. “We have detained the prime suspects,” the SP added.