New Delhi: Prime Minister Narendra Modi will on Sunday lay the foundation stone for a new temple for the Hindu community living in the United Arab Emirates (UAE). The temple will be first to be built in Abu Dhabi, the capital of UAE which is home to a huge Indian diaspora. The PM will be laying the foundation stone for the temple from the Dubai Opera House via video conferencing. This is Modi’s second visit to the UAE after August 2015.

The UAE has two Hindu temples which are located in Dubai. Devotees from Abu Dhabi and other emirates have to drive to Dubai for prayers and offerings. During the PM’s previous trip in 2015, the UAE government had announced the allocation of land in Abu Dhabi to build a temple.

Bochasanwasi Shri Akshar Purushottam Swaminarayan Sanstha (BAPS) will manage the temple. The Trust had on Friday expressing gratitude to the rulers of the UAE for gifting a piece of land to build the Hindu temple in Abu Dhabi. 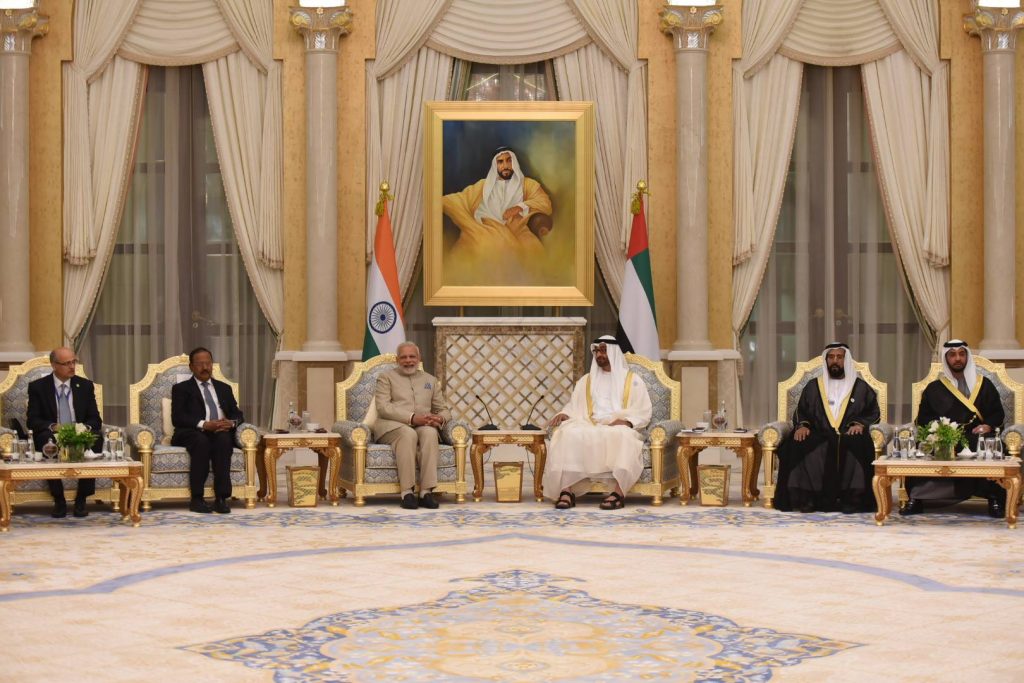 The temple, expected to be completed by 2020, will be built at Abu Mureikhah, off the Dubai-Abu Dhabi Highway, and will incorporate all aspects and features of a traditional Hindu temple. The temple will have murtis of Lord Krishna, Lord Maheshwara, Lord Ayyappa and more. The stones would be carved by artisans in India and assembled in the UAE. The temple complex will have a visitors’ centre, prayer halls, exhibition centre, learning areas, sports area for children and youths, thematic gardens, water features and a food court, and would be open to people of all beliefs.

“The first Hindu temple in Abu Dhabi will come up on 55,000 square metres of land and the groundbreaking ceremony on Sunday will be a historic event,” said Indian Ambassador to the UAE Navdeep Singh Suri.

“The occasion is going to be historic… because it will also see the commencement of the first Hindu Temple in Abu Dhabi. We are very pleased that we have received 55,000 square metres of land near Al Rahba off the Dubai-Abu Dhabi Sheikh Zayed Highway,” said Suri.

The temple complex will replicate the BAPS temple in New Delhi and the one under construction in New Jersey, a trust member told the Khaleej Times. BAPS manages 1,200 temples in India, UK, the US, Australia, Canada and Africa.

“The generous gift of land for a Hindu temple by the Crown Prince of Abu Dhabi, UAE, is a strong and sound message to the world that cultural and spiritual inclusiveness is the way forward for the global harmony,” Brahmaviharidas, who coordinates the activities of the BAPS in the Middle East, said in the statement.

“We are sincerely grateful and indebted to the Crown Prince of Abu Dhabi, Sheikh Mohamed bin Zayed Al Nahyan, and the Prime Minister of India, Narendra Modi, as well as the people of both nations, for their commitment towards peace and harmony,” he said.

“Especially in the 21st century, when the world is fragmenting for frivolous reasons, this timely noble gesture creates hope for unity in diversity. It reinforces the guiding vision of tolerance and harmony of the founding fathers of the UAE,” he added.

Indians make up the largest expatriate group, over 3.3 million or 30 percent of the UAE population, according to figures from the Indian Embassy in Abu Dhabi. Dubai also has a Sikh Gurdwara and both Dubai and Abu Dhabi have Christian churches.

North Indians and Domestic tourists are scum of the earth: Goa minister Vijai Sardesai
NO CHEATING : Over 1.8 Lakh Students Skip Board Exams On The First Day In Uttar Pradesh
Comment