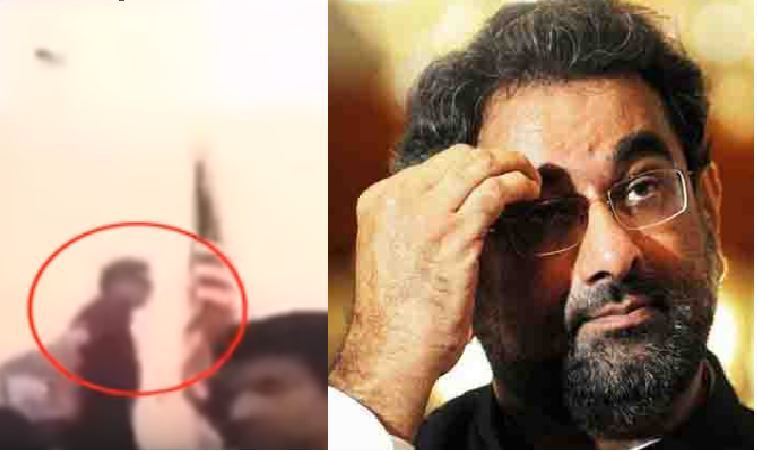 New Delhi: Social media is abuzz with memes and comments around Pakistan Prime Minister Shahid Khaqan Abbasi being strip searched at the John F Kennedy airport in the US. The video, which allegedly forms the basis of the controversy that has erupted over the screening of a head of state, shows a casually dressed Abbasi wearing the best after being strip searched.

Unaccompanied, he then picks up his blazer and drags a bag to proceed towards an escalator. The 50-second video footage which has gone viral on social media channels such as Twitter, Facebook, WhatsApp, and YouTube, shows that none of the onlookers have really noticed that a head of state is walking beside them.

Quite predictably, Twitterati linked Abbasi’s strip-search to Kulbhushan Jadhav and the status of Indian Prime Minister vs that of the Pakistani PM on a global stage. “Pic 1: This is how Indian PM Narendra Modi enters USA Pic 2: This is how Pakistani PM #ShahidKhaqanAbbasi is welcomed in the US,” said a Twitter user posting photographs of Indian PM Modi stepping out of Air India One against Abbasi’s strip search.

According to reports, however, Abbasi, who is known to maintain a low profile, was on a private trip to the US.

He was thus unaccompanied by the paraphernalia around a PM office.

Hindus migrating after the clashes during Ram Navami from Asansol Riots