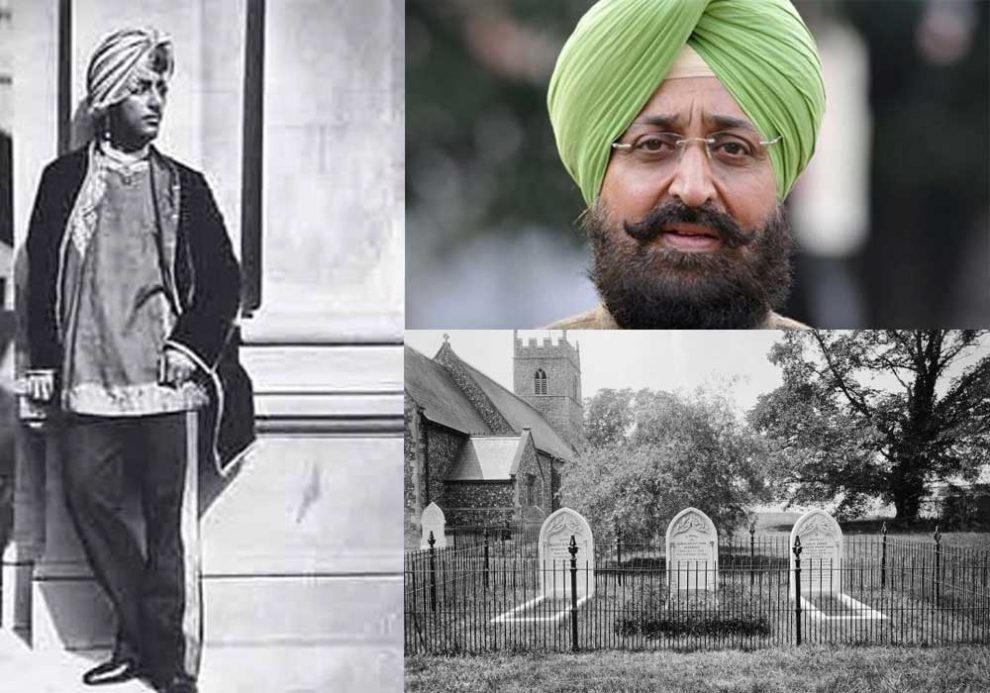 Bajwa said the issue was an emotional and sensitive one for the people of Punjab and urged the prime minister to personally take an initiative in this matter.

Chandigarh Congress leader and Rajya Sabha MP from Punjab Partap Singh Bajwa on Wednesday met Prime Minister Narendra Modi and sought his intervention in bringing the ashes of Maharaja Duleep Singh from England to India so that his last rites could be performed in Amritsar according to Sikh traditions.

Bajwa also urged Modi to provide financial compensation and government jobs to the families of each of the 39 men who were killed in Mosul, Iraq.

“It is the demand of the Sikh community worldwide that the body of Maharaja Duleep Singh is exhumed and his ashes are brought back from England to India,” Bajwa, who met Modi in the prime minister’s Parliament House office, said in a letter.

Maharaja Duleep Singh was the youngest son of Maharaja Ranjit Singh, who ruled Punjab from 1799 to 1839.

After the annexation of Punjab by the British on March 29, 1849, Duleep Singh was exiled to England at the age of 15 when he was also converted to Christianity. He was not allowed to meet his mother during his initial years there.

“On reuniting with his mother in 1861, Maharaja Duleep Singh came to know about the rich history of the Sikh empire in India. He came to know how the British had annexed their territories, and sought to return to his motherland after the death of his mother. His efforts to embrace Sikhism again were thwarted by the British as a sign of rebellion,” Bajwa said in the letter to Modi.

The former PCC chief said that on October 22, 1893, the Maharaja, then 55, died in Paris and was laid to rest with Christian rites at the Elveden Estate in England.

His wish that his body be brought to India was not honoured because there was fear of unrest in view of the growing resentment against British rule and the symbolic importance of the funeral of the last Maharaja of Punjab.

“In this regard, I would urge your government to hold talks with its British counterpart and ensure that the body of Maharaja Duleep Singh is exhumed and his ashes are brought back from England to Amritsar Sahib, the Mecca of the Sikhs, and cremated as per Sikh traditions,” the Congress MP said in his letter.

Bajwa said the issue was an emotional and sensitive one for the people of Punjab and urged the PM to personally take the initiative in the matter.

The MP has also been demanding that adequate compensation be given to families of the 39 men killed in Iraq by suspected ISIS members. Most of the construction workers killed were from Punjab