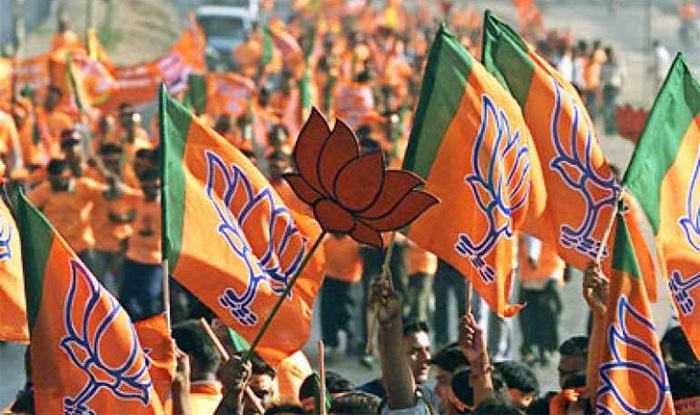 The BJP won nine of 10 Rajya Sabha seats in Uttar Pradesh, and claimed an overall of 28 seats, gaining by 11 in the Upper House.

Winning 12 out of 26 seats across seven states, the Bharatiya Janata Party increased its strength in the Rajya Sabha on Friday.

It also won nine seats in the key battleground state of Uttar Pradesh, including one in a nail-biting contest against a combined opposition candidate from the Bahujan Samaj Party (BSP). Finance minister Arun Jaitley, BJP spokesman GVL Narasimha Rao and actress-politician Jaya Bachchan of the Samajwadi Party (SP) were the prominent winners in Uttar Pradesh.

The Election Commission had in February announced vacancies for 59 seat in 17 states, and 33 candidates in 10 states were elected unopposed. Elections were held in 26 seats in seven states on Friday. In all, the BJP won 28 seats, which is a gain of 11 seats in the Upper House where the ruling National Democratic Alliance (NDA) is a minority. The gains came mainly from Uttar Pradesh, where the BJP won a three-fourths majority in assembly elections last year. The Congress won nine seats and suffered a loss of five seats.

“Congratulations to all those elected to the Rajya Sabha from various states and best wishes for their Parliamentary career. I hope they effectively voice the aspirations of the states they will represent,” Prime Minister Narendra Modi wrote on Twitter.

All eyes had been on UP, where the BJP secured a clear victory in eight out of 10 seats and Samajwadi Party in one.

But the contest for the tenth seat saw cross-voting by members of the BSP and SP and was decided by counting of the second preference votes of legislators.

The counting of votes was delayed in Uttar Pradesh after the SP and the BSP lodged a complaint demanding that the votes of their MLAs – Nitin Agrawal and Anil Singh respectively – be cancelled because they did not show it to the election agents of the party. Nitin’s father Naresh Agrawal crossed over to the BJP on March 12 after the SP denied him a Rajya Sabha ticket. At least two MLAs of NDA ally, the Suheldev Bharatiya Samaj Party, voted for the opposition candidate.

Four hunded out of 403 MLAs voted in Uttar Pradesh Rajya Sabha election. Mukhtar Ansari of the Bahujan Samaj Party and Hari Om Yadav of the Samajwadi Party, who are in jail, could not vote. Noorpur MLA Lokendra Pratap Singh died in a road accident last month.

BJP’s Sameer Uranv won one of the two seats in Jharkhand, but the Congress’ Dheeraj Sahu defeated its nominee Pradeep Kumar Sonthalia, an industrialist, in the contest for the second seat. Counting was also delayed in Jharkhand where the Congress and Jharkhand Vikas Morcha (JVM) of Babulal Marandi lodged a similar complaint against JVM MLA Prakash Ram. The JVM later suspended him.