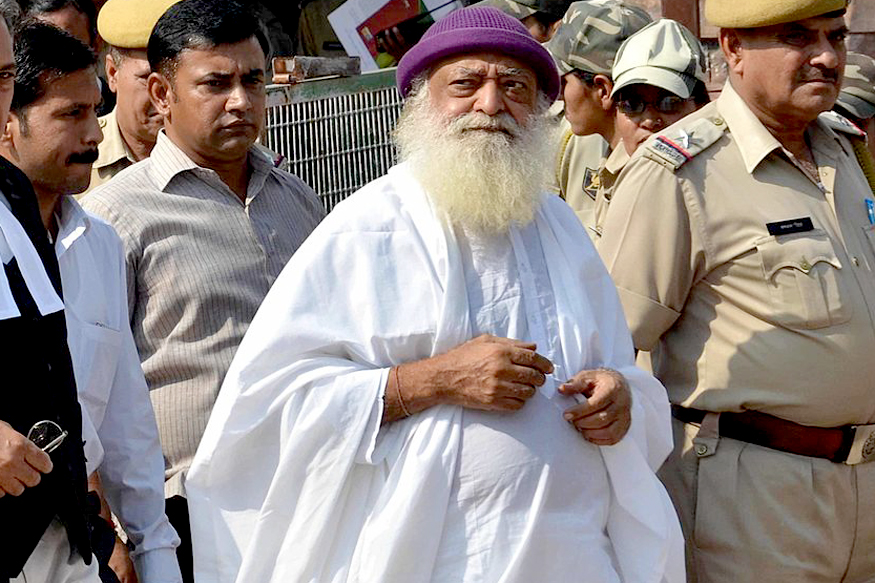 Asaram Bapu verdict : The Rajasthan government does not want to get caught on the wrong foot like the Haryana was when Gurmeet Ram Rahim’s supporters went on a rampage after his conviction in Panchkula last year.

Jodhpur turned into a fortress on Tuesday with stringent security measures and prohibitory orders in place a day before a court in the Rajasthan city delivers its ruling on a case of alleged rape by Asaram Bapu.

The authorities are trying to ensure there’s no repeat of the kind of chaos that followed the August 2017 conviction of Dera Sacha Sauda chief Gurmeet Ram Rahim Singh Insan in a rape case. At least 11 people died in Panchkula in violence that followed that court order.

The Centre asked the Rajasthan, Gujarat and Haryana governments to tighten security and deploy additional forces; the three states have a large number of followers of the 79-year-old Asaram.

In a communication, the Union home ministry told the three states to reinforce security and ensure that no violence takes place after the judgment in the Asaram case on Wednesday. The three states were also told to deploy additional forces in sensitive places, a home ministry official said on condition of anonymity.

Kapoor said the police had taken steps to ensure there was no law and order situation, considering that Asaram has a huge following in the state and across India. He said no one except those authorised to be present there will be allowed near the jail on Wednesday.

While prohibitory orders under section 144 of the criminal procedure code, banning the assembly of five or more persons, are in place in the Jodhpur Police Commissionerate area since April 21, Kapoor said 1,500 police personnel will be deployed around the Central Jail premises, railway stations, roadways bus stand and court premises on Wednesday.

More security personnel have been deployed in other parts of the city and in the outskirts to prevent Asaram followers from creating any law and order problems.

Police also said that hotels and dharamshalas were being checked to ensure that Asaram’s followers would not be able to congregate. “All hotels have been asked to keep a record of all guests and inform police if his (Asaram) followers come,” said a police officer.

Police have asked the Railways and Roadways authorities to remain vigilant and report the presence of any individual followers of Asaram. Security personnel have been deployed at the Jodhpur railway station and at major bus stops.

Asaram’s sprawling ashram in Jodhpur’s Pal village wore a deserted look with a dozen policemen camping outside the main gate. The ashram has been cleared of Asaram followers.

Traffic has been prohibited on Wednesday between Nai Sadak crossroad and Badu House and between the Railway Station (Gate number 2) and Jodhpur central jail from 6 am. School buses and emergency vehicles would be exempted from the ban.

The court had on April 7 reserved its judgment in the case for April 25 after the final arguments that stretched for over five months were completed. The state had appealed in the high court that the verdict be pronounced in the jail premises to prevent any breach of peace.

A minor girl had in August 2013 accused Asaram of rape at his ashram in Manai village near Jodhpur. The girl, who belonged to Shahjahanpur in Uttar Pradesh, was a student in a school run by Asaram’s trust in Chhindwara in Madhya Pradesh and lived in the hostel.

Asaram was arrested on September 1, 2013 from his ashram in Indore and sent to the Jodhpur central jail.

The verdict will be given in a in a court room within the Central Jail premises by a special judge of the court under the Scheduled Castes and Scheduled Tribes (Prevention of Atrocities) Act. If convicted, Asaram faces a minimum jail term of 10 years.

Asaram’s Downfall Began 10 Years Ago With a Probe by CM Narendra Modi in Gujarat
Death Penalty For Those Convicted Of Raping Children Below 12, Indian Union Cabinet approves ordinance
Comment