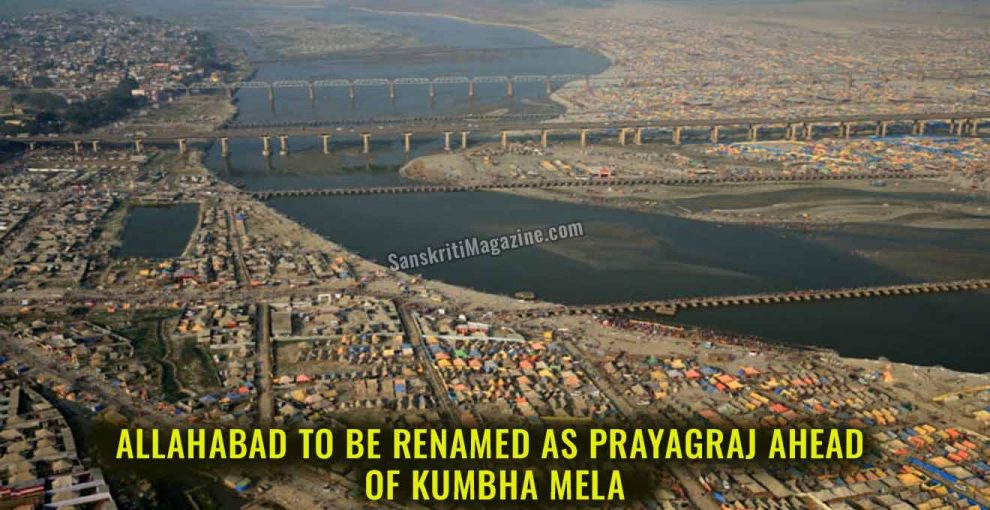 The government of Yogi Adityanath is considering to rename Allahabad as Prayagraj and a decision in this regard could be taken before next year’s Kumbh Mela in the holy city.

The city, if the decision is taken, will be named after Prayag, which is a famous holy place in Allahabad, where three main rivers flowing across the state—Ganga, Yamuna, and Saraswati—meet. Further, the place is also known for hosting Kumbh Mela once in every 12 years.

Deputy Chief Minister Keshav Prasad Maurya told reporters that for a long time the identity of Allahabad has been formed by Prayag and hence the state government has decided to change the city’s name to Prayagraj.

“The place (Allahabad) has always been recognised by its place Prayag since ages,” Maurya said.

According to some media reports, the banners for the upcoming Kumbh Mela in 2019 mention the name of the city as Prayagraj instead of Allahabad.