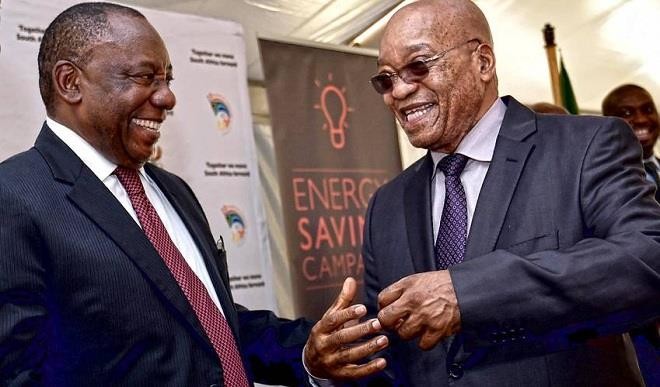 Ramaphosa was the only candidate nominated in Parliament so no vote was needed to make him President. MPs from the ANC broke into song at the announcement, the BBC reported.

The former trade unionist and anti-apartheid activist is now the country’s leader at age 65, the fifth President in South Africa’s democratic history.

Ramaphosa said he was thankful for the opportunity to lead and promised that under his leadership the interests of South Africa and its people will be the main concern.

He also promised to tackle corruption, improve the economy and seek unity in the country, although he said that the details of his government policies will be presented on Friday when he is set to deliver a speech on the state of the nation before Parliament.

The parliamentary session, however, was not without discrepancies as the main opposition groups criticized the process. Angry members of the ultra-left Economic Freedom Fighters party walked out of the chamber in protest before the vote.

Despite an earlier show of defiance, Zuma announced his resignation in an address to the nation on late Wednesday, just an hour before the deadline set for him by the ANC, in an effort to avoid dividing the party.

Zuma, who ruled the country for nearly nine years, said he was resigning even though he disagreed with the ANC’s decision.

Zuma, a former member of the ANC’s military wing in the days of apartheid, rose through the ranks of the party to become the President. He led the country for more than a third of its time after apartheid.

But he leaves office with several scandals hanging over him and with South Africa’s economy in dire straits.

He apologized to the nation for the errors committed during his term.

Influence peddling in his administration was so widespread, according to the nation’s former public protector, that it became a form of state capture in which Zuma’s business partners or friends influenced government decisions for their personal interest.

His resignation ended an extraordinary day in the South African politics, which had begun with a dawn raid on the controversial Gupta family — a clan of Indian-born businessmen — at the centre of the graft allegations levelled against Zuma.

The Guptas have been accused of “state capture” — using their close ties with Zuma to influence ministerial appointments, secure multi-million dollar government contracts and gain access to inside information.

WHY DO THEY MARRY ABROAD? Indian Government Data Says One NRI Wife Calls Home For Help Every 8 Hours