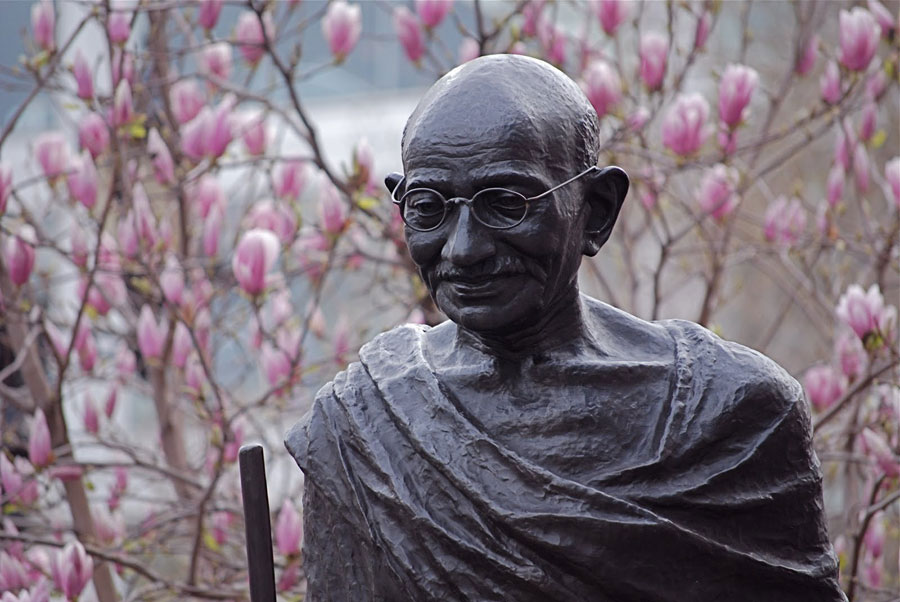 Ahead of the proposed installation of a statue of Mahatma Gandhi at the British parliament, a section of the Indian diaspora has expressed scepticism about the British government’s motive behind the move and instead favoured redressal of their concerns as a real tribute to the Father of the Nation.

Created by sculptor Philip Jackson, based on Mahatma Gandhi’s last visit to London in 1931, the statue is estimated to cost around one million pounds (about $1.5 million/Rs.9.7 crore) and is slated to be unveiled at the Parliament Square here in early 2015.

The memorial to Gandhi, who studied in London for many years before leading non-violent resistance to the British rule in India, is to be erected opposite the Houses of Parliament.

Praveen Maan, a software professional in London from Haryana, told IANS over phone that the Indian community is faced with far bigger issues than thinking about Gandhi’s statue.

“Right-wing political parties like UKIP are misguiding people about immigrants and when such a party misguides people, immigrants have a cause for concern… Then there are issues of new rules regarding ‘Citizenship Stripping’ as well. We want the Indian leadership to take up real issues with the British government, keeping us in mind.”

“At a time when we are having a tough time here, I don’t think a statue would matter much to many Indians like me,” he added.

Pankaj Sharma, a computer engineer living in Britain for 16 years, views the efforts to set up Gandhi’s statue as nothing but sheer wastage of money. “It is a politically motivated move. Wastage of money to make his statue here. What’s the need for all this? They could have appreciated some other freedom fighter’s statue.”

H.S. Rao, a professional writer in London, feels that with an election coming “may be this British government is trying to give a pro-Asian message” but he views Gandhi’s statue would be a proud moment.

“They want to woo the Indian people. But according to the Indian community it’s a proud moment that our freedom fighter’s statue is being put. Initially, William Hague had made this announcement in India when he would be there that this statue will be put up. But now they have decided that the Indian diaspora will pay for it. The diaspora is capable of footing the bill.”

However, according to Amit, a research scholar from Cambridge University, it is “a positive sign that the government of this country acknowledges and pays tribute to the Father of India. Also, it’s a permanent monument to Britain’s friendship with India.”

Needhi Vishwa Prakash, a housewife in London’s Harrow town and originally from Delhi, said it doesn’t seem okay when the British government hopes to pay respect but from the funds of Indians living here.

“The Gandhi statue appears to cash in the opportunities that may arise for British businessmen in future. Remembering Gandhi for Prime Minister Modi’s closeness seems fishy. It seems pure business for British ministers and nothing else.”

Talking to a private TV channel recently, NRI industrialist Lord Swraj Paul expressed his sadness at seeing that the British government could not find the money for the proposed Mahatma Gandhi statue. He also questioned the wisdom behind announcement of setting up of the statue with such a fanfare by Chancellor George Osborne and the then Secretary of State William Hague while visiting India in July.

Gandhi was assassinated on January 30, 1948, four and a half months after India gained independence from Britain.