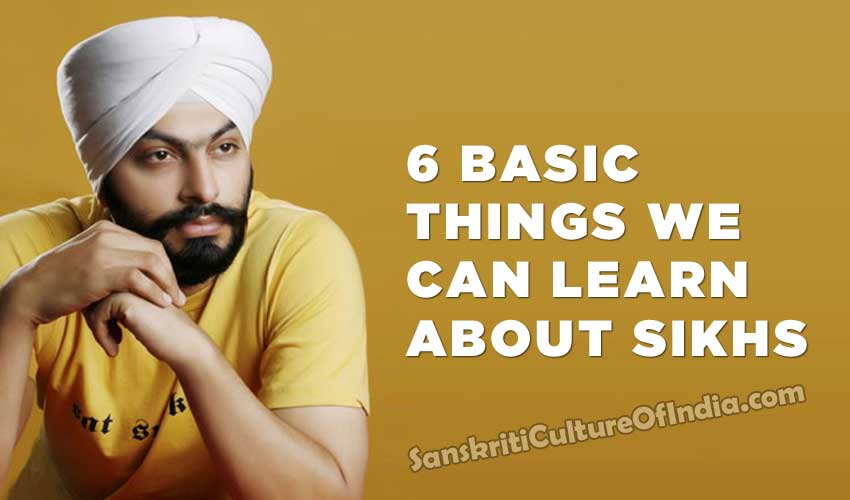 Last week a group of Sikhs invited questions about their religion as part of a Reddit Ask Me Anything (AMA) forum.   Below are some of the answers given by them on Sikhism.

1. Community Is Extremely Important To Sikhs

Q: I recognize that Sikhs in India, U.S, and in other places have a history of oppression even in the past few decades. What means of social mobilization do you have to promote yourself? How does the community around you react to events like the Gurdwara shooting in Wisconsin? What do your temple leaders and families do to cope with such events and bigotry at large?

A: There’s a concept of “sangat,” as well as “chardi kala,” in Sikhism.

We derive some comfort from staying together, and staying with good people. I personally interpret “sangat” to go beyond fellow Sikhs, but people who can support you in times of need, regardless of religion. The Sikh community is often there for you. If you’re hitting rough times, you can eat a free meal. If you’re prosperous, you can donate. You know all that gold plating the golden temple, as well as the biggest free kitchen in the world there? All sponsored by volunteers.

We also have a concept of “chardi kala,” meaning remaining in high spirits. Perhaps this is best exemplified by ancient Sikh warrior terminology. They used to call death “meeting an old friend,” one Sikh as “an army,” and cheap and course bread as a type of luxuriant meal.

2. Sikhs Have A Universal Understanding Of The Divine

Q: Can you be Sikh and an atheist at the same time?

A: You are using a lot of heavy contextual words that holds very little or no bearing on the Sikh perspective.

Our idea of the divine is the Universe. We hold life and our relationship with the Universe as sacred, and as such we have great moral responsibility with how we conduct our lives. God has tremendously different context to me than the standard accepted definition of this word. I would say, “the universe is the universe”, “the universe is everything everywhere”. That is hard to argue with; however, “there is divinity in the universe” is something that is felt and as such is a kind of revealed knowledge. The idea is that you practice Sikhi to see how it works for you and have an experience.

A: It depends on what you mean by ‘atheist’. If you reject the idea of a gray man on a cloud who decides what happens to everyone, but you do believe in the concept of people having a Soul, then that’s compatible with Sikhi. However, if you actively believe there is no Creative Force or Soul, then you will likely have difficulties with the Sikh scriptures.

The Siri Guru Granth Sahib starts off with the following:
“One Universal Creator God. The Name Is Truth. Creative Being Personified. No Fear. No Hatred. Image Of The Undying, Beyond Birth, Self-Existent. By Guru’s Grace.”

That said, there are those who are born into Sikhi, who don’t cut their hair, wear a turban, and go to the religious services, but who may not feel strongly about the other beliefs. As with other religions, it can be tricky to determine where culture ends and where faith begins. There are plenty of people who were raised Catholic, don’t believe in God, but do find it important to have their children baptized.

Q: Are there revelations in the Sikh scriptures which conflict with current scientific understanding? E.g. Some Christians believe that the Bible is literal and that the world was created in 6 days. Are there hard facts like these in Sikh teachings or are things generally metaphorical and open to interpretation?

“There are planets, solar systems and galaxies. If one speaks of them, there is no limit, no end. There are worlds upon worlds of His creation. As He commands, so they exist. He watches over all, and contemplating the creation, He rejoices. Nanak says, it is really hard to describe” (Guru Granth Sahib Ji, 8)

However, the Guru Granth Sahib is not a science text book. It’s aim is to enlighten us and bring us together.

4. All Are Welcome In Sikh Houses Of Worship

Q: Are visitors generally welcome at Sikh temples? What sort of community worship services are usually held? Is there any sort of prohibition against transgender people entering the temples?

A: Yes. Anyone can go to a Gurdwara (The Guru’s door). In Sikhi everyone is welcome. Guru Gobind Singh, the 10th Guru said “”manas ki jat sabhe eke paihcanbo – recognise mankind as one”.

The Golden temple is open to everyone. The 5th Guru, Guru Arjan Dev Ji made the temple have 4 doors, this symbolises that anyone, from east, west, north and south are welcome.

The langar is a huge part of Sikhi. The langar is a free kitchen. Anyone (Sikh and non-Sikhs) can come and have a meal. A Gurdwara in my city has 2 non-Sikh white men who relied on the Gurdwara’s free meals when they were homeless. Now they are doing much better and they regularly come to the Gurdwara and help out by cleaning the kitchens and helping to prepare food.

Services are generally singing hymns from the Guru Granth Sahib and writings of the Gurus. There is discussion and translation done of the scriptures and Sikh history. There are readings from the Guru Granth Sahib. Then there’s the langar, the free meal. Because most of the community is Punjabi, services are generally done in Punjabi. However, there are sometimes separate programs run by the youth in the local language.

There is no prohibition against transgender people. The only restrictions are no alcohol, no drugs or cigarettes, no meat, don’t wear your shoes in the main hall and cover your head.

Q: How common is conversion by outsiders? How does the process work?

A: Regarding conversion: Sikhism actually has no formal requirement that you must become a Sikh or you’ll go to Hell, so whilst you’ll find those Sikhs who’ll aim to educate people and discuss Sikhism with them, there is no pressure to get a person to convert. Rather, the decision to become a Sikh is one which is made freely by the person, such as myself, and so whilst conversions are perhaps rare, they do happen.

Sikhism requires baptism into the religion, in a ceremony called ‘amrit sanchar’. Amrit itself is a special mixture of pure water and sugar crystals mixed in a steel bowl with a sword, the making-up of which is part of the amrit ceremony. The mixture is both sprinkled on the initiate and then some is then drunk by the new Sikh. You can read more about the ceremony here, with illustrating pictures.

It must be stressed that amrit is a highly personal decision, taken when the person feels they understand what taking amrit means and they feel ready to do so. There isn’t a ‘correct’ age or ‘correct’ time to undergo the ceremony, and some may even wait for considerable amounts of time, even if they’re born into Sikh families. Converts are encouraged to spend a period of several months or even a year within the community and doing all the things required of a Sikh before committing to the initiation.

Q: What does Sikhi have to say about gender equality? Does it say anywhere that men and women are equal?

A: Unfortunately culture and Sikhi can sometimes be two entirely different things. Sikhism itself does promote total equality, including equality between the genders. From the Guru Granth Sahib-ji:
“Man is born from a woman; within woman, man is conceived; to a woman he is engaged and married. Man is friends with woman; through woman, the future generations exist. When his woman passes away, he seeks another woman; to a woman a man is bound. So why call her bad? From her, kings are born. From a woman, woman is born; without woman there would be no one at all. (page 473).”

With this, Sikhism permits women to participate in any aspect of Sikh life. They can come to and lead the services in the gurdwara if they can read Gurmukhi, lead any ceremony (such as marriage or baptism) if they know how to do so, teach and instruct a class, sing the sacred kirtan (there exist a number of female Sikh singers, including Snatam Kaur and Nirinijan Kaur) and play the accompanying instruments etc.

Similarly, female Sikhs do not have any restrictions on them other than those which are also required of men. Because of this, Sikhism has a long history of famous women, including those who rode into battle alongside the men.