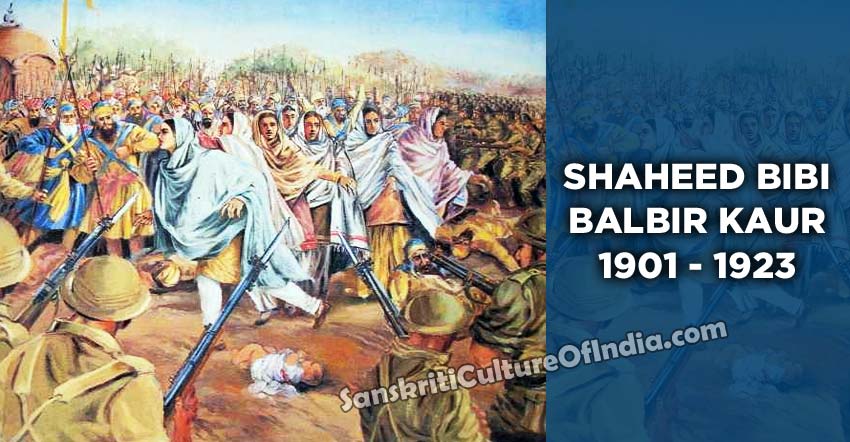 Everyone was excited.  There was freedom in the air.  You could almost smell it.

The Akalis were standing up to the British, telling them to leave the Gurudwaras alone.  The British and their guns controlled all of India – the army, the roads, the schools, the prisons, the police.  The rulers even had their henchmen in charge of the Gurudwaras, making sure nobody spoke a word against them.

Thousands had been beaten up and sent to prison for standing up to the British.  The prisons were packed with many more thousands of protestors and the rulers were running out of prisons.  At the Jallianwala Bhag, hundreds of Sikhs, Hindus and Muslims had been machine-gunned by the British to scare the people into letting the foreigners stay in charge of India.

Fifty thousand or more people came out to the Akal Takhat in Amritsar as five hundred Akalis did their ardaas and promised to walk to Jaito peacefully, no matter what the cost.  Everyone knew the British were killing Indians.  Everyone knew the British were scared to be kicked out of India one day.  But they, the Sikhs, were not scared, they were in cherdi kalaa (mental state of optimism and joy).

Thousands followed as the shaheedee jatha (martyr squads) walked barefoot, sometimes chanting, sometimes meditating quietly, along the way.  Balbir Kaur joined the parade alone with many, many others.  She hoped to do some seva (service), maybe cook or clean or be of some help somehow.

All along the way, tens of thousands of people came out to see the brave Akalis.  Sikhs, Hindus, Muslims, Christians, all showered flower petals and rose water on the five hundred.  At every stop, they were given delicious water, milk, sweets and fruits.  People gave piles of money out of love and respect.

They travelled day by day.  Every night, they slept at a different Gurudwara.  Slowly, they walked towards their destination of Gurudwara Gangsar at the village of Jaito Mandi.

Balbir Kaur could see there was little she could do for the shaheedee jatha.  She just marched alongside them.  And sometimes she would share the joy of her one-year-old son with the Akalis.  His playful smiles and laughter brought happiness to everyone.

Eleven days they walked.  Each day was more exciting than the last.  Finally, they knew they were coming close to their destination.

On the morning of the twelfth day, the jathedar (group leader) of the great procession stood on a high place and spoke, “With Waheguruji’s blessing, we have come this far knowing that death likely awaits us.  We have been told that the British have machine guns set up between here and the Gurudwara Gangsar.  I am now asking anyone who has not made their promise before Akal Takhat Sahib to please give way.  Allow the shaeedee jatha to continue without you.”

Many people obeyed the jathedar, but not everyone, not Balbir Kaur and quite a few others, even Hindus and Muslims.  Some continued on a parallel path a little distance away.  Many others continued alongside the garlanded shaheedee jatha.

When the jathedar came to know that Balbir was still marching, he left the front of the procession to speak with her.  “Bibi,” he said, “you should not go further.  There is a chance we will be fired on.”

Balbir Kaur replied, “Veerjee, do not stop me, I am thirsty for seva.  Do not worry, let me enjoy this seva.  There are five hundred Singhs with me, all ready to meet death, why should they not be joined by a Kaur?  I have also taken Amrit, I will feel blessed to give my life along with my brothers and meet Guru Gobind Singh with them.  Up to now, I have done no seva at all.”

“But, Bibi…” began the jathedar.

“My child?  This is what you want to point out?  He also is Guru’s blessing.”  She hugged her son and gave out a squeal of laughter.  “And if he too serves the Panth, what greater blessing can there be?”

The jathedar and others too tried to make Balbir Kaur change her mind and go back.

“Not including a Singherni with five hundred Singhs in a shaheedee jatha will be an insult to Guru Gobind Singh who made us equal.  How can this be?  I will not allow this insult.”

They came to a checkpoint.  A British officer tried to force the procession to enter in groups of fifty, unsuccessfully.  The group hardly paused, but continued forward, continued forward even as shots rang out in three directions.  Machine guns!

A bullet grazed Balbir Kaur’s forehead.  Akalis were being hit to the left and right of her.  Many fell and picked themselves up again.  They continued chanting, “Satinaam Waheguru, Satinaam Waheguru…”

Balbir Kaur’s child played with the blood gushing down her face.  To him, it was all a game.  Time moved slowly.  A bullet hit her child in one ear and entered her chest.  Balbir Kaur kissed her child on his forehead and put him down carefully by the side of the road.  She prayed, “Oh Waheguru, you have given this child to me.  Now please take care of his soul.”

Balbir Kaur’s face became yellowish.  Her walk became wobbly, but she would not stop.  She kept chanting over the noise of the guns, “Satinaam Waheguru, Satinaam Waheguru…”

A last bullet, a messenger of liberation, entered Balbir Kaur’s body and it crumpled to the ground.  She gave a smile and breathed her last.

On that one day, about one hundred were martyred and twice as many wounded.  More than seven hundred peaceful demonstrators were beaten up and put in prison.  Many of their bodies were hurt and broken by the cruel police.

A week later, another shaheedee jatha of five hundred plus started out from the Akal Takhat.  Volunteers were coming from Canada and China to join and be a part of the movement.  In the months that followed, another fourteen groups of five hundred made the same procession from Amritsar to Jaito, beatings and prison.

Only the last procession, which left the Akal Takhat on April 27, 1925, was allowed to go peacefully.  At the end, the British finally gave up and let the Sikhs control their own Gurudwaras.  The thousands who had been arrested were set free.  The courage of Bibi and many others had finally won the freedom of the Sikhs.

~ Guru Fatha Singh Khalsa, from the book, Women of Grace and Power