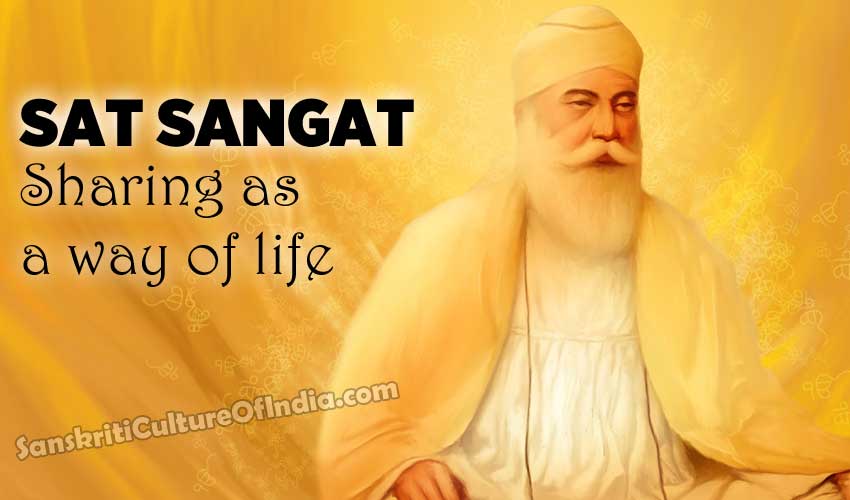 Once Guru Nanak, founder of the Sikh faith, went to a village accompanied by his Muslim companion, Mardana.  The people of the village were rude and did not offer any food or shelter to them Guru Nanak spent a night there and the next morning while leaving, he blessed them with the words: “May you stay here only and prosper”.

They visited another village where people were very kind and hospitable.  Guru Nanak blessed them saying “May you disperse and move to different directions”. Mardana was astonished and asked him to explain.

Guru Nanak replied: “This is for the welfare of mankind, O Mardana. The inhabitants of the first village would spread only bad habits and make others do bad deeds. So they should remain in their village only. On the contrary, wherever the people of the other village would go, they would propagate only good deeds. It is, therefore, desirable that they should disperse and make others also adopt the path of goodness”.

In Sikhism, sangat or companionship of good people holds the key to salvation. Sat sangat refers to an assembly of devotees who participate in religious activities, especially in the presence of Guru Granth Sahib.

Prayer in sangat is spiritually more elevating than isolated religious practice. As Guru Arjun explained: “As one lost in a thick jungle rediscovers one’s path, so will one be enlightened in the company of the holy”.

Congregational singing is considered not only essential for an individual’s spiritual progress; it also makes the person a better human being as the seeker learns the act of seva or service, either preparing and serving food in langar, taking care of the sangat’s footwear and cleansing utensils, for instance.

Guru Nanak would say that sat sangat is the guru’s own school where one practises godlike qualities. Sangat is where virtues are cultivated. In sangat the devotees meet without any considerations of birth, caste or worldly position.

Sangat along with the notions of seva and pangat or community kitchen became the main pillars of the Sikh faith, where equality was practised in worship, recitation of kirtan and in sharing of food.

Guru Nanak laid down the ideals for a Sikh:

Sikh simply means seeker of truth and the Sikh dharma, through the philosophy of Guru Granth Sahib, provides a spiritual path for those who are looking to answer the eternal question, “Who am I and what am I here for?”

Whoever reads the Sacred Granth attentively or listens to the hymns, or recites them, is enabled to get into direct contact with the guru who is regarded as ‘incarnate’ in these hymns because “The Word (Bani or Shabad) is the Guru, and the Guru is the Word”.

All the compositions.included in the Holy Granth are treated as Gurbani or the Guru’s voice.

In Harmony With Nature
Legends of Hemkund Sahib
Comment