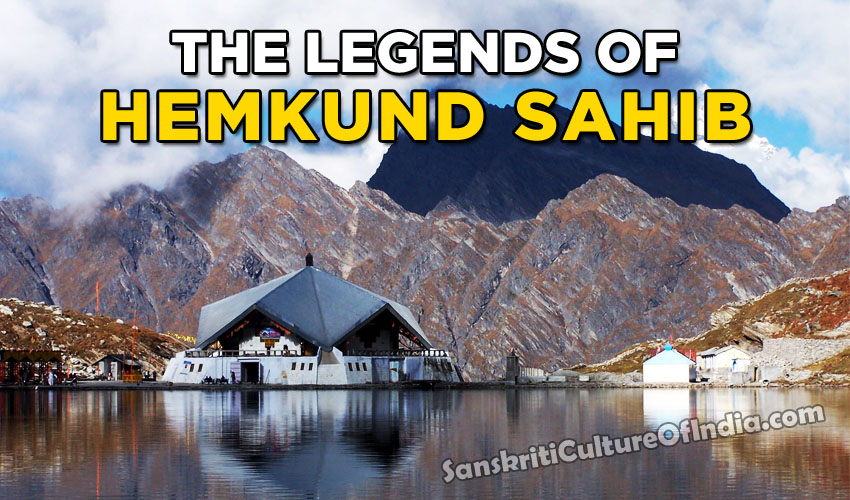 The spiritual richness of India is adored worldwide. Being a home of various religions, India has different pilgrimage destinations. The best part is that there are numerous regions wherein sacred destinations of different religions come together. One such unique amalgamation can be seen in the Chamoli district of Uttarakhand where one can visit Shri Hemkund Sahib Ji, the most sacred destination of Sikhs and Badrinath temple, the sacred shrines of Hindu religion.

Every pilgrim destination in India is backed by one or the other mythological tale and thus both Badrinath Dham and Hemkund Sahib Ji are no exception. However, the fascinating fact is that Shri Hemkund Sahib Ji is backed by many legendary stories. Perhaps, these stories are the main crowd puller of this spiritual place.

Several folklores form the ground of Hemkund Sahib Ji. One folk story is from the pages of Ramayana. According to the legends, when Meghnath’s deception left Lord Lakshman severely injured, the deity was brought to the shore of Hemkund (at that time Hemkund was known as Lokpal Lake). It is believed that wife of Lord Lakshman cried and prayed a lot for the life of her husband, which insisted Shri Hanuman to bring Sanjivani Butti – the revitalizing herb. When Shri Lakshman regained his health and hail, Gods showered flowers from heaven. Those blossoms formed the roots for the valley of flowers.

Guru Gobind Singh Ji also mentioned that the King Pandu (the father of Pandavas) practiced yoga amidst the seven peaks surrounding the Hemkund. Thus, this is yet another legendary tale associated with Shri Hemkund Sahib Ji Yatra.

Surrounded by seven beautiful peaks, Hemkund Sahib Ji gifts both tranquility and spiritual enlightenment to the pilgrims. The Gurudwara at the place is acknowledged for its star shape architecture. It is believed that this Sikh Shrine was initially established by Sant Sohan Singh, who was an army officer. Later after his passing away, Halvinder Modan Singh (the person who helped Sant Sohan Singh) refurbished the present Gurudwara.

The Hemkund Sahib Ji Gurudwara is located at the shore of the Hemkund Lake. This lake is acknowledged for washing away the sins of mankind. Pilgrims visiting the Gurudwara first take a dip in the holy water of the lake and then enter the shrine.

Hemkund Sahib Ji Yatra is bejeweled with the splendor of Mother Nature. Further, this journey allows the pilgrims to connect with various folklores that bring them close to varied religions of India.

Sat Sangat: Sharing as a way of life
Pingalwara: A Flame in the Darkness
Comment