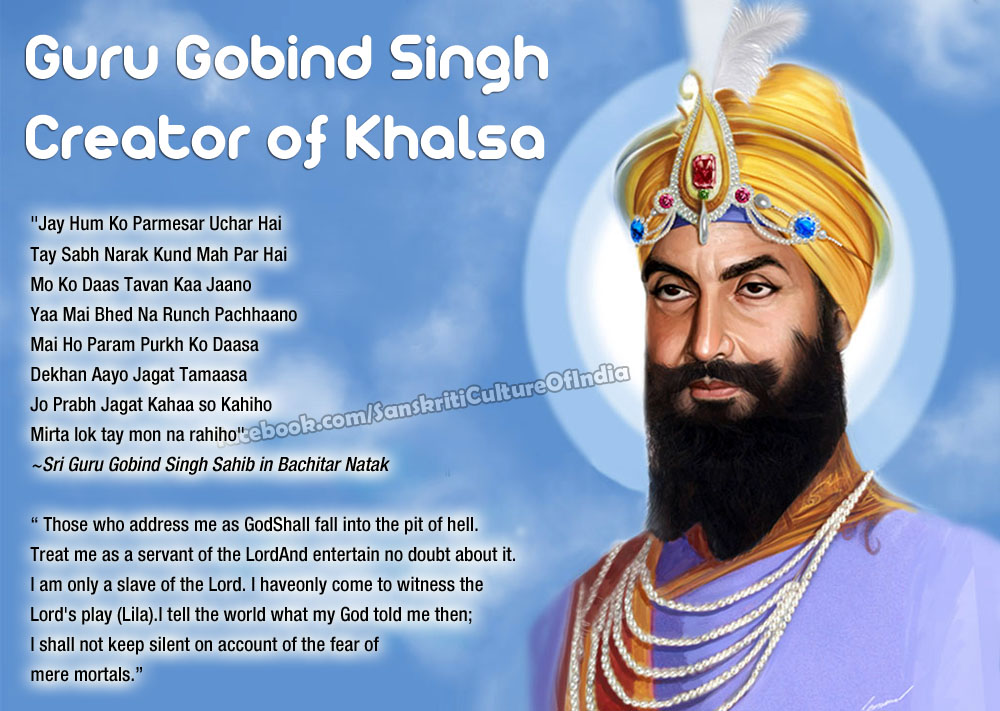 Gur Purab means a Guru’s birthday, the Guru being any of the Sikh Gurus. Friday, 16th January, 2016 is the birthday of the tenth Sikh Guru, Guru Gobind Singh Ji, the most important guru after Guru Nanak Ji.

Guru Gobind Rai who later became Guru Gobind Singh is the tenth Guru or Master in Sikh Dharma. He lived for 42 years. He was born in Patna, India and he breathed his last in Nanded, India, where the Gurdwara of Hazoor Sahib is established. His father was Guru Teg Bahadur and his mother was Mata Gujri. He had four sons, Ajit Singh, Jujhar Singh, Zorawar Singh and Fateh Singh. 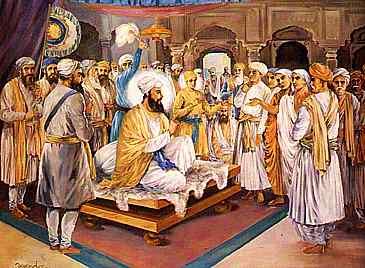 Young Gobind Rai, the son of Guru Teg Bahadur, was only 9 years old at the time of his father’s confinement, torture and death, the experience impacting him very deeply. In the coming years, the Sikhs would be called on again and again to fight Aurangzeb’s forces and protect the people from religious bigotry and persecution.

In order to create a society of people willing to lay down their lives to protect the dignity and divinity of all humanity, Guru Gobind Rai, through the guidance of the Creator gave the Sikhs Amrit. Guru Gobind Rai took Amrit from the hands of his own Sikhs and was reborn as Guru Gobind Singh. The Order of the Khalsa was established – a group of men and women dedicated to living in equality and peace, but willing to fight and lay down their lives to protect themselves and others from injustice and tyranny.

In the battles that followed, Guru Gobind Singh’s two eldest sons died in the fight. The two younger sons were captured by a Governor in league with Aurangzeb and were bricked alive inside a wall.

Yet despite losing his children, Guru Gobind Singh stayed surrendered to the Will of the Divine. He said that his children had come to him from the Creator and that he understood it was time to send them back home. When a few of his Sikhs attempted to gather the bodies of his two eldest sons on the battle field, Guru Gobind Singh asked them what they were doing. They replied that they wanted to give his sons a proper funeral. Guru Gobind Singh told them that they should then stop and pick up all of the bodies – for all of the boys and men lying dead on the battlefield were equally his sons. 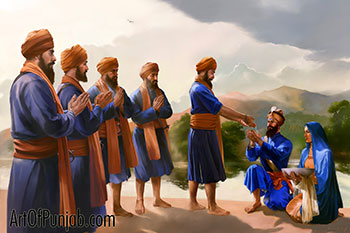 During Guru Gobind Singh’s life, the Adi Granth compiled by his great-grandfather Guru Arjan was lost. Guru Gobind Singh set up his camp and dictated the entire Adi Granth from memory. He also included in it the songs of his father, Guru Teg Bahadur. The result was the creation of the Siri Guru Granth Sahib.

At the end of his life, in 1708, Guru Gobind Singh passed the mantle of the Guruship to the Siri Guru Granth Sahib. This ended the time of the physical masters of the Sikhs and began the reign of the Shabad Guru, itself, as the Spiritual Light and Guide for the Sikh community.

O Lord grant me the boon, that I may never deviate from doing a good deed.
That I shall not fear when I go into combat. And with determination I will be victorious.
That I may teach myself this greed alone, to learn only Thy praises.
And when the last days of my life come, I may die in the might of the battlefield.||231||
— Guru Gobind Singh

Sri Ramana Maharishi
Do you know who Sikhs are?
Comment