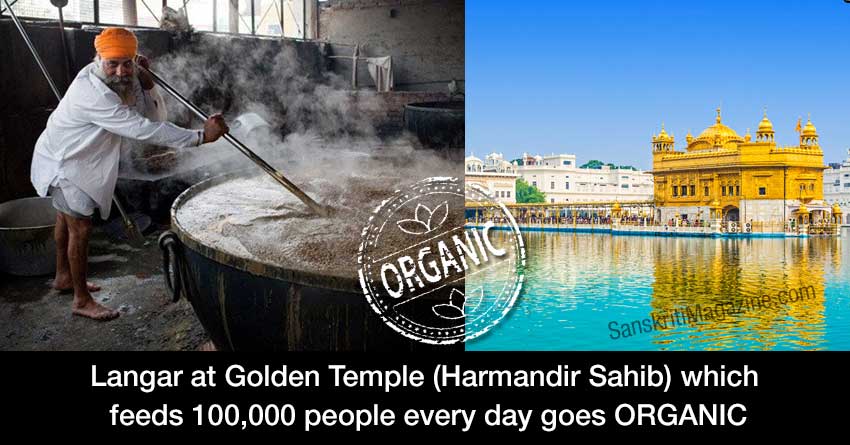 A kitchen that feeds 100,000 people daily, 24 hours a day and 7 days a week for free, is ready to raise the bar even further and set a benchmark for others to follow. Guru Ramdas Langar Hall at Sri Harmandir Sahib (popularly known as the Golden Temple) – one of the world’s largest community kitchens, will soon be serving organic food. 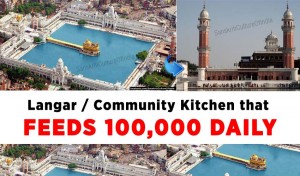 Shiromani Gurdwara Parbandhak Committee (SGPC), which administers the gurdwaras across the country, has decided to adopt organic farming – a decision that is sure to delight pilgrims and conservationists alike. Organic farming is the practice of growing crops without the use of chemical pesticides, herbicides and fertilisers. Instead, it emphasises on crop rotation, organic fertilisers, and plant-based pesticides and herbicides to maintain soil productivity.

“Organic farming is the new mission of SGPC to inspire farmers to cut down on the use of chemicals and pesticides and switch to sustainable agricultural practices,” an SGPC official said.

Grains, fruits and vegetables like carrot, reddish, cauliflower, spinach and fenugreek (popularly known as ‘methi’) are now being grown at farms in Patiala and Gurdwara Gurusar Satlani Sahib near Amritsar, the official said, adding that they have now started receiving supply of 10 quintals of organic produce every 1-2 days which is being used to prepare nourishing vegetarian meals for the pilgrims.

While applauding this landmark decision, Dr Rajwant Singh, founder and president of EcoSikh, a non-profit organisation working to raise awareness about environmental issues and inspiring farmers to focus on producing food through organic means, said that they are now hoping that around 25,000-30,000 gurdwaras in Punjab will follow suit to serve organic langar.

“We need to respects the natural resources… the gifts given by our creator,” he said. “Just imagine, if all the gurdwaras, temples and mosques switch to organic food in consumption and distribution – the farmers will then see that there’s set market and they can start producing food for which they will not have to use chemicals and pesticides,” said Dr Singh.

“Everyone today is aware of how badly chemically-grown food affects their lives and the environment”, Dr Singh told NDTV, adding that a clear message from the precincts of Sri Harmandir Sahib will certainly be an inspiration for all faiths to promote organic farming and take good care of Mother Earth.