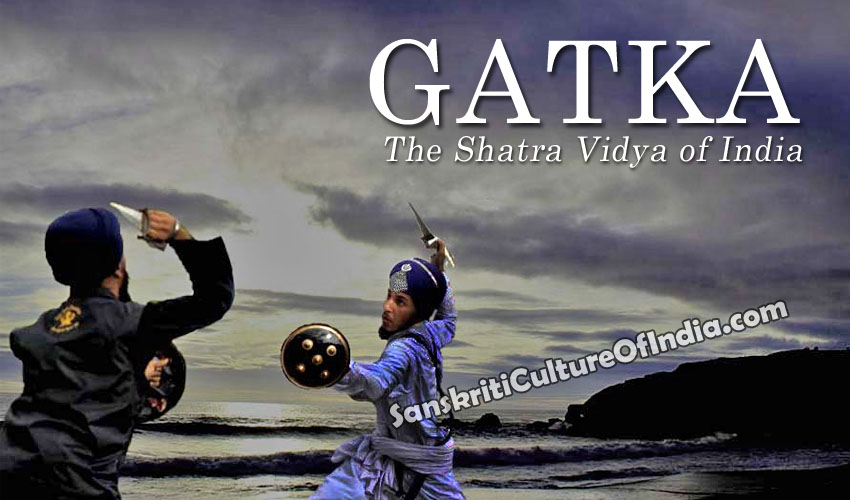 Ancient India had a rich tradition of games, though mainly played for maintaining physical fitness and leisure. During the ancient times, physical fitness was given prime importance, especially by the kings and the higher-class warriors.

The existence of the bow & arrow, the dagger, the axe and the mace found during the excavations at Harappa and Mohenjodaro, confirm that during the Indus Valley Civilization these weapons were involved in war and hunting exercises. The weapons of war, for instance, the Javelin (Toran) and the Discus (Chakra), were frequently used in the sports arena. Women, too, excelled in sport and the art of self-defence, and were active participants in games like; stick-fighting, quail-fighting and ram-fighting.

Even the renowned Chinese travellers Hieun-Tsang and Fa-Hien wrote of a variety of sporting activities. Swimming, sword-fighting, running, wrestling and ball games were immensely popular among the students of Nalanda and Takshashila. In Manas Olhas (1135 AD.), Someshwar has written about Bharashram (weight-lifting), Bharamanshram (walking). After the legends, even the Moghul history boasts about such sports, as the Mughal emperors were patrons of hunting and wrestling. Besides this, a large number of regional games were being played right from many centuries in the undivided India. Since ancient times hunting has been part and parcel of Indian warrior tradition.

India is known for its rich cultural heritage and it has wonderful and exclusive tradition of games, which can be played, not only by skilled sports persons, but also by every member of the family during leisure. India has a history of producing many traditional sports that are being played in different parts of India but not known to all, as they are very much restricted to a particular state or region.

Indian Shastar Vidiya (martial art weaponry skills) dates back to nearly ten thousand years. Shastar Vidiya is the complete science of war from unarmed and armed, handheld and combat weapons to battlefield strategy. In terms of techniques, it is unique in the vast array of strategies, tactics and techniques it enshrines. Further, its uniqueness lies in the manner it combines armed and unarmed techniques with various weapons either hand-held or projectiles. Indian Shastar Vidiya was exported to the oriental along with Buddhism and became the foundation for the Chinese and Japanese martial art traditions.

The word -Shastar- means traditional arms and -Vidiya- means scientific discipline. Shastar Vidyaa the science of combat, is a living science and could be applied to everyday life by the peoples. During ancient times, the qualities of a noble warrior were seen as a necessity for a successful life.

The history of different martial arts reveals that they developed independently from one another but their basic application was to defend oneself from the opponent. Though the origin of Gatka is not definitely known, yet some evidences shows that it existed in India in ancient times in the form of stick-fighting. Although through its long history, there have been many great masters of martial art but there is no author or acknowledged teacher who have originally developed this martial art in the ancient times.

The intrinsic need for self-preservation was the genesis of martial art. Throughout the ages, invaders and evolving conflicts imposed new dynamics for combat in the greater Punjab. The Punjabi people learned and developed battle skills as a direct result of an appreciation of their ever-changing circumstances and how to prioritize and use common resources in combative situations.

Gatka is the name of an Indian martial art associated with the Sikhs history of India and an integral part of Sikh Shastar Vidiya. It is a style of stick fighting between two or more practitioners, with wooden sticks (called soti) intended to simulate swords. The present form developed in later 19th century, out of sword practice, is divided in two sub-styles, called Rasmi (traditional) and Khel (sport) from the 1920s.

Gatka itself is a complete martial system which uses spiritual, mental and physical skills in equal portions to help one fully competent in defending themselves and others. The entire martial art is based on the correct use of a vast array of melee (hand-to-hand) weapons. The techniques involved are extremely effective for self-defence and attack as well as visually spectacular. It is practiced in a way that it proves useful at any time and is taught in a way that it is useful in all walks and duties of life.

It is generally at public display during religious processions but Punjab Gatka Association (Regd.) and Gatka Federation of India (Regd.) has taken major initiatives to implement this martial art as a sport in the India and worldwide. It’s a humble effort to revive this forgotten and dying art having a historical significance.