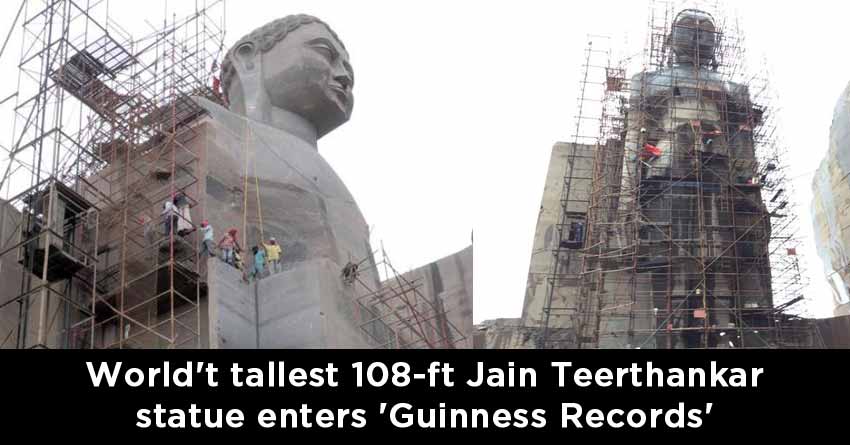 Mumbai: A 108—feet tall idol of Lord Rishabhdeva, the first Teerthankar of Jains, carved out of a single rock, has entered the “Guinness World Records” as the world’s tallest Jain statue.

The impressive statue is located atop Mangi Tungi mountain near Teharabad village of Baglan tehsil in this North Maharashtra district.

The idol was consecrated last month during a grand ceremony where rituals were performed for several days. BJP President Amit Shah, Maharashtra Chief Minister Devendra Fadnavis and several Ministers had visited the ceremony on different days.

Till now, the 57 feet idol of Lord Bahubali in Shravanabelagola in Karnataka was considered the world’s tallest Jain statue.

After locating the single rock atop Mangi Tungi, the carving work, that involved more than 300 sculptors, started in 2012, Mr. Papadiwal said.