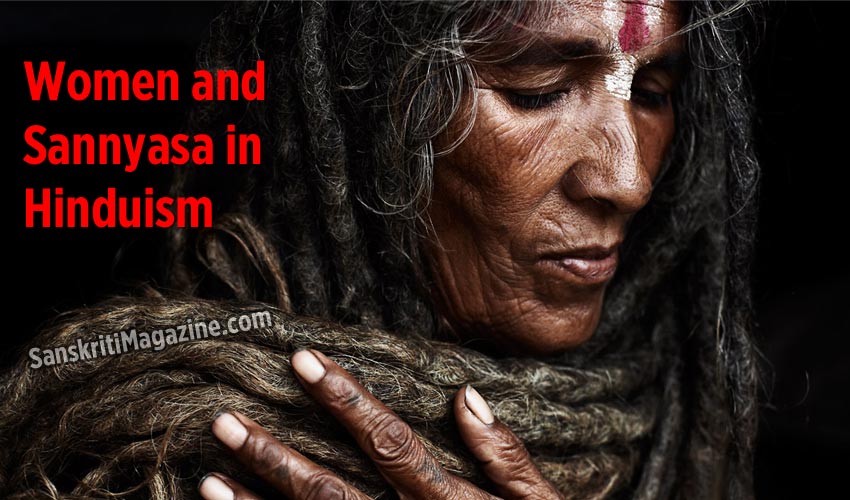 Asked to comment on the reason why he has initiated 50 many females into sannyasa, Swamiji reveals that women have always been part of the sannyasa tradition and that they are actually more psychic by nature than men. Recorded at Chamarande, France, in August 1981:

In the history of yoga, women have always been in the majority. Count the number here in this assembly; go to any yoga class, satsang or ashram and you will find more females than males. The fact that you will always find more females involved in spiritual movements is not due to a recent development, it is because there has been a recent revival.

Throughout the last few centuries, women have been kept suppressed and denied the fundamental rights of equality. They were also barred from spiritual life. Perhaps the reason for this was that we wanted to exploit them for our carnal objectives. I am sure my suspicion is correct. If women were allowed to practise spiritual life and encouraged to raise their awareness, then how could they be used as victims of our carnality?

Look at the status of women in the west. Up until recently they were only encouraged to be wives and mothers and nothing more. They were conditioned in such a way that they did not know how to deny, refuse or resist. It is only now that women are beginning to break free of the old tradition. However, in the western countries they have always been completely excommunicated from the spiritual cloister. Whenever I have visited the monasteries in the west, all the female sannyasins who were accompanying me were not allowed beyond the cloisters. It is completely different in the tradition of yoga; men and women can live, move, talk and interact with each other.

Since the beginning of yogic history, women have always played a major role and many of them have even been gurus and saints. Shiva is believed to be the first guru and the founder of tantra and yoga. Do you know who his first disciple was? Parvati, his counter part, wife or shakti. If you read the tantric texts you will find they commence with ‘Parvati asked’. Therefore, the knowledge of tantra and yoga was first imparted to a woman. And in the yogic culture, when reference is made to a relationship, the woman is always mentioned first. We say ‘Sita Ram’ not ‘Ram Sita’, ‘Radha Krishna’ not ‘Krishna Radha’ and ‘Gauri Shankara’ not ‘Shankara Gauri’.

In the Tibetan and Hindu traditions of tantra there are 84 yogis and out of these, 64 were yoginis (females). And in Kashmir there was a great lady saint named Lalla. She was always completely naked. Often her devotees would ask, ‘Lalla, why don’t you put on clothes?’ And she used to taunt them, ‘Do you see my body or do you see my soul?’

In the Upanishads you will find many references to great women saints and philosophical debates going on between the male and female yogis. One fantastic reference is to a very clever lady called Garghi who was a renowned scholar and great sannyasin.

When Shankaracharya wrote his famous text on tantra, ‘Ananda Lahari’, he commented at with a very touching verse- “Without Shakti, how can Shiva create anything?” Shiva is only the silent witness, Shakti is the creator. That is why in the tantric tradition, the woman is the initiator.

There are two traditions existing in the world. One is matriarchal and the other is patriarchal. Judaism, Christianity and Islam are patriarchal. Hinduism, Buddhism, Zoroastrianism, Shintoism, Taoism and Confucianism are all matriarchal. The matriarchal religions are very accommodating religions. They have a lot of understanding and compassion for others and that reflects the basic feminine nature.

Matriarchal religions have been responsible for the beautiful things in life, such as the fine arts, yoga, tantra, dance, music, painting and so on. Patriarchal religions are non-compromising and they have produced powerful warriors and developed strong administrations. They have also prevented the women from coming forward.

However, in the last one and a half centuries, the women in the west have been becoming more open, and slowly, changes are taking place in the east too. As I told you in the beginning, there has also been a recent revival in the tradition of female sannyasins. And for this, I am responsible. In the early sixties and seventies, when I began to initiate women into sannyasa, there was a great commotion amongst the orthodox people and they started saying all that they could. But as the years rolled by, they had no other option than to follow my trail. Now they have more female disciples than I have.

Woman is one of the finest creations of the creator and there is no reason why she should be barred from spiritual life. Women are very psychic by nature and we should allow them to raise their consciousness and develop this part of their personality. Why should they not become clairvoyants, telepaths, prophets, scholars and sannyasins?

My personal philosophy is: women are very sincere and obedient. They are honest and hard working, and when they work with you, they keep you relaxed all the time. I would also say that one of the most important reasons for the success of my work is the induction of females into the movement. I do not mean that men are useless; they have their own place, but in the scheme of creation, I believe women are superior.