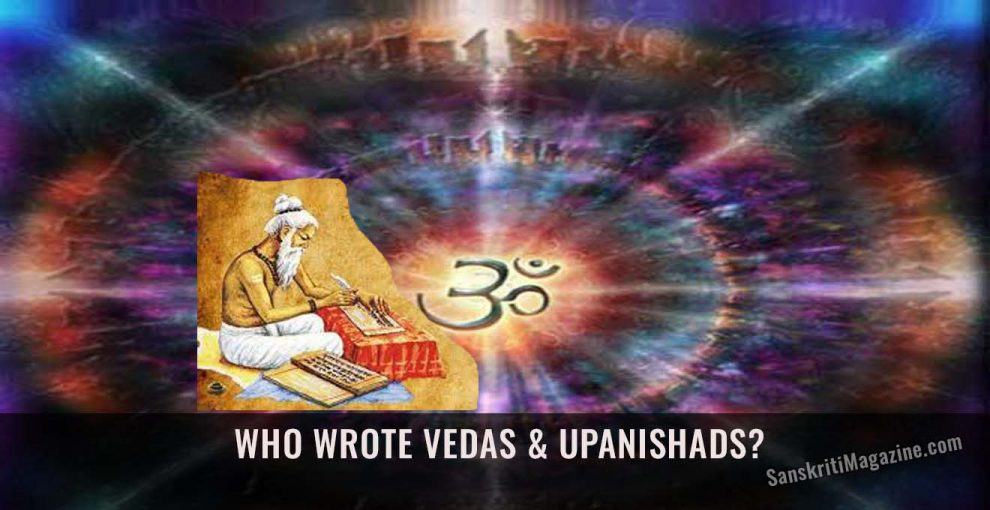 Vedas and Upanishads that form the key foundational scriptures of the Sanatana Dharma don’t have authors name mentioned anywhere.

In the modern society, where the people are driven by accumulating more and more of “I” and “Mine” in terms of Wealth, Name & Fame etc., this principle seems to be counter intuitive.

Sanatana Dharma consider the Vedas to be apauruṣeya, which means “not of a man, superhuman” and “impersonal, authorless”

Now that makes us wonder what the Rishis context was not to leave their names as authors!!

When their “I” disappeared into the cosmic vibration, whatever truths they received, whatever truths oozed out and expressed through them, they got recorded as Vedas and Upanishads. Those rishis understood clearly  that the revelations came from a space where no “I” existed.  That is why they very clearly decided not to own those truths even by claiming authorship.

This core characteristic makes Upanishads as a very authentic scripture. When the Rishis expressed it, the only context to express was articulate the truths (satya) for humanity and there was absolutely no trace of vested interest or greed mixed in that. There is no discussion of “For Profit” or “Non-Profit” ideas- Just they did not record their names!!

When Rishis were vibrating with the cosmic frequency, they were overwhelmed by the greatness of the truth. They realized that truth is too big than their identity.  They were standing on the truth, not the truth on them. This is one the key reasons that the very subtle authentic truths are expressed in Vedas and Upanishads.

This context of Integrity and authenticity to the ultimate truths is central to the Sanatana Dharma value system and one of the key reasons as to why the Vedas and Upanishads has a strong relevance even in the current society.