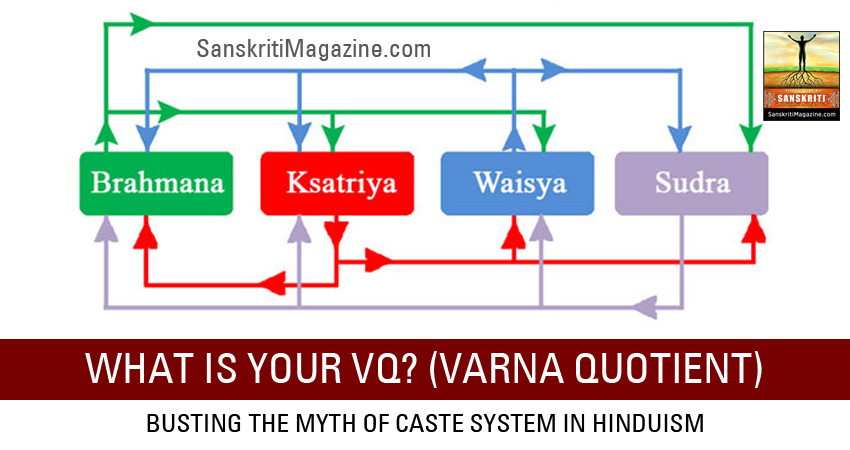 What’s your IQ? What’s your EQ? These days we are also asked what your SQ (spiritual quotient) is. These IQ, EQ, SQ etc are available today only to measure our aptitude, emotions, spirituality etc. But there is a quotient that was discovered thousands of years ago in India, which is based on natural order of things. It is the Varna quotient that is simple, logical and provides a template to understand oneself.

We just can’t help but categorise anything and everything. We have created so many categories, divisions, sub divisions in almost everything we know of. It is no surprise then, that there exists all over the world one sort of division or the other in a society.

Those who know the Indian society would agree that Indian society is one of its kind with categories and categories of people and people, full of diversity and riddle with complexities. It has been that way for thousands of years. But the Indian thinkers of the past, in their wisdom, observed deeply and discovered a system of classification or grouping the very society they lived in. 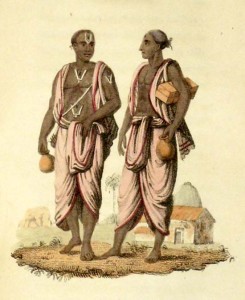 The thinkers are those who are purely intellectually driven. They are the contemplative ones who have a passion for research and study. They create knowledge and they are the policy makers, the scientists, the hardcore R&D guys, the sublime mystics, the philosophers, the educators of the society etc. These people love to think, analyse, categorise, educate and provide roadmaps for mankind. 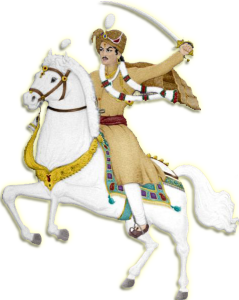 The Leaders are the ones who have a commanding personality and provide leadership. They naturally tend to lead the masses. They are the ones who govern, offer protection to society, are in the military, defence, prevent wrong doing in the society, ensure justice, are the lawyers, cops etc.

THE PROFIT MINDED:
The Profit minded people are the corporate guys who live and breathe profit. Business is what they understand. Profit and loss is their fundamental temper. They own capital, run industries and fund enterprises.

THE WORKERS:
They are the ones who work more, do service to society and do the processing, the grassroot workers. They need not be just unskilled workers or those who do menial jobs. 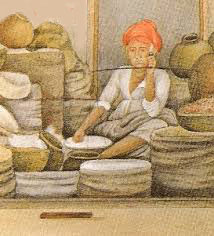 The technical terminology used for these categories or Varnas are “Braahmanas” for thinkers, “Kshatriyas” for leaders, “Vaishyas” for the profit minded and “Shudras” for the workers. This four-fold category is not by inheritance or birth but only by mental temperaments. For example a thinker’s son need not be a thinker. A businessman’s son can be a natural thinker or even a worker. The word Braahmana is derived from the noun Brhman (brahmani aacharati iti braahmanah – One who seeks Brhman is a Braahmana). A Kshatriya is a holder of kṣatra or authority. Vaishya is from the noun Vishaha meaning merchant. The Vaishya is colloquially called ‘Bania’ or ‘Vaania’ which is derived from the Sanskrit word ‘Vanij’, meaning trader. Shudra is said to share roots with the words shuddha and shucha which mean pure.

We can be a combo of all categories but dominance of a particular mental temperament (Varna Quotient) shows in our behaviour. The VQ or the Varna Quotient is well defined and based on our innate tendencies called ‘Gunas’ which puts us in one of the categories. All Varnas are essential as a society needs them all.

The Indian sourcebooks and the extensive body of knowledge explain these categories. They are very clear about these concepts and candid in its explanations, duties, responsibilities etc.

Lord Krishna says in his Gita (ch-4, verse 13) that “The fourfold-varna (Chaatur-varna) has been created by Me according to the differentiation of ‘GUNA’ and ‘KARMA’; though I am the author thereof know Me as non-doer and immutable.”

To call Varna as caste simply shows a lack of research and an intellectual myopia. In fact there is no such word as ‘caste’ in the Indian vocabulary. It was coined from the word Portuguese word ‘Casta’ by the Portuguese invaders during their maiden voyage to India in the 16th century. The British in India simply continued using this incorrect word. 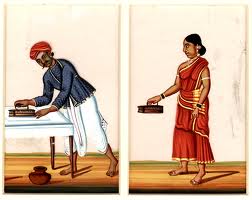 The generic definition of the term ‘Varna’ comes from ‘Vriyate Iti Varnaha’ implying that one can choose the group and occupation based on your innate tendencies. “Just as a wooden toy elephant cannot be real elephant, and a stuffed deer cannot be a real deer, so, without studying scriptures and the Vedas and the development of intellect, a Braahmana by birth cannot be considered a Braahmana” says the Manu Smriti. A hymn from the Rig Veda goes to the extent of saying, “No one is superior, none inferior. All are brothers marching forward to prosperity”.

Swami Vivekananda explains “Take a man in his different pursuits, for example: when he is engaged in serving another for pay, he is in Shudra-hood; when he is busy transacting some piece of business for profit, on his account, he is a Vaishya; when he fights to right wrongs then the qualities of a Kshatriya come out in him; and when he meditates on God, or passes his time in conversation about Him, then he is a Braahmana. Naturally, it is quite possible for one to be changed from one Varna into another. Otherwise, how did Vishwamitra become a Braahmana and Parashurama a Kshatriya?”

The ancient Varna system may or may not be in ideal practice, but it’s a flexible natural order of mankind and makes sense even today. In fact many sections of society follow this naturally without any such stratification. The Varna quotient basically makes us who we are and what we do, in line with our inner callings. So what’s our dominant mental temperament – your Varna quotient? Are we the kind of a “Braahmana”, a “Kshatriya”, a “Vaishya” or a “Shudra”? There is obviously no right or wrong answer.

There is only a true answer that only we know of. That determines who we really are inside despite how we want to see ourselves as.