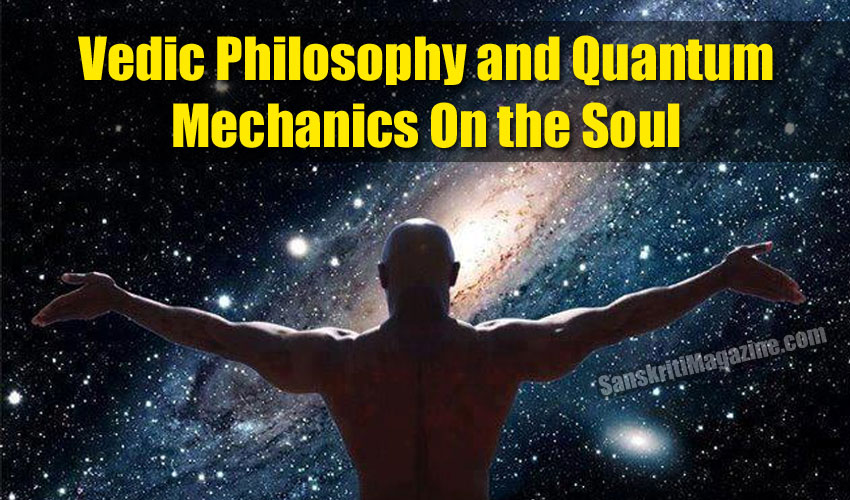 Religious traditions are often criticized for providing untestable elements in their books of wisdom. Among these elements, the soul’s existence is one of the most debated in talks between science and religion. But is the concept of the soul really so vague and does it really have no empirical evidence for a practical theory? Vedic philosophy and quantum mechanics may bring interesting ideas to consider. 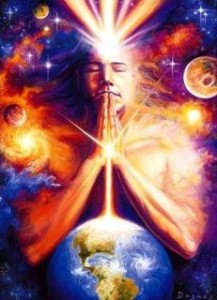 Quantum chromodynamics is the theory describing sub-nuclear particles called quarks and gluons, which are the constituents of hadrons such as protons and neutrons. It is part of the Standard Model describing our current understanding of elementary particles. One interesting feature about this theory is that even though it was postulated in 1964 by Gell-Mann and Zweig and is widely accepted by the physics community, to this day all experiments validating the existence of the quarks have produced only indirect proof of them. In fact, according to the theory itself, no one really ever expects to see direct proof of them at all, viz. free quarks. Pulling two quarks apart requires so much energy, that you create new particles in the process which attach themselves to the old quarks and thus you never end up with free quarks to detect. The important point here is that the experiments that confirmed the existence of these quarks never actually detected them directly and no one really demanded such a proof. They saw certain particles coming in and certain particles coming out according to what the theory predicted, but never actually saw the free quarks by themselves. Therefore, indirect detection with no expectation of direct detection is still valid to confirm the existence of something in science.

On the other hand, Vedic philosophy tells us about the existence of another type of particle called the atma, the soul, the self, having different properties from those of ordinary particles.This is not unusual in physics, as is the case with antimatter particles. But unlike the ordinary matter and antimatter particles, the atma has 3 main qualities: eternality, knowledge and bliss. Eternality can be analyzed as follows: the atma does not come into or out of existence, it is always present. It does not decay or degrade, it maintains its individuality always, it’s infinitesimally small and it’s not composed of more elementary particles. It’s unchangeable, which along with the individuality property implies that it does not unite with other particles to create more complex structures, nor does it merge with others. The atma does not interact directly with matter, but given that the atma is the source of consciousness and the life force in a living entity, any entity displaying them reveals the presence of an atma in it–whether human, animal, plant, etc. The living entities are not made up of atmas; rather, they are these particles and are animating the material bodies that encase them. As soon as the atma leaves one body for another, the old body no longer exhibits consciousness or life symptoms, and begins to degrade. The knowledge property refers to its cognizance about its constitutional position, its source and its interactions with the source. Bliss refers to its natural state of happiness in service to God.

To declare that there is no soul, just because we can’t directly see it with our current instruments, is akin to saying that there are no quarks because we can’t detect them directly in our labs. Both the soul and the quarks’ existence can be inferred indirectly by their effects (living symptoms and consciousness in the case of the soul; particle interactions in the case of the quarks). Even though there are other theories in science describing the origin of consciousness and living symptoms, these remain very unsatisfactory and many times philosophically dismissive. Furthermore, the wealth of data regarding topics like reincarnation gathered by careful scientific studies such as those of Dr. Ian Stevenson from Virginia University can hardly be accounted for by any explanation other than one involving some notion of what is here referred to as atma. 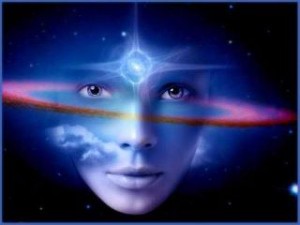 There is, however, a method for directly perceiving the soul, albeit it is as difficult a task as building a synchrotron to detect material particles. One cannot use a microscope to see an atom; one must utilize an STM (scanning tunneling microscope), which uses a different technology. Similarly, to visualize something as subtle as an atma, we can’t use these gross material elements and senses;rather, we must utilize our own spiritual senses. The process is quite detailed and would require a dedicated article for it, but the basis of it entails using the mind as a type of mirror, so that the atma can perceive its own characteristics through its spiritual senses. Yet the mind has to be calibrated, as with any high-precision measuring device, by cleansing it of all selfish, egoistic and cruel propensities. This can be done by the powerful method of meditation techniques utilizing the chanting of mantras, which involve the recitation of the names of God and can focus, tame, and purify the mind. Once the mind has been cleansed and controlled, direct perception of the soul is possible, not only within oneself, but then also within every other living entity. Additionally, given the difficulty of the process, any sincere and determined person can expect divine assistance manifesting itself in variegated ways. This method has been tested and approved by great saints throughout millennia, whose lives are testimony to their words.

Spirituality is much more than just blind faith and sentimentalism, it is an important and sophisticated process of purification that goes beyond just the intellectual curiosity of a few. Its transformative power truly raises the standard of living of a person and positively influences the lives of those he/she comes in contact with. Not everyone may have access to a synchrotron to prove for themselves the existence of quarks and its confirmation may not even be so relevant for most people; but everyone has access to prove for themselves the existence of the soul and the process that takes one to it brings true happiness and inner fulfillment.