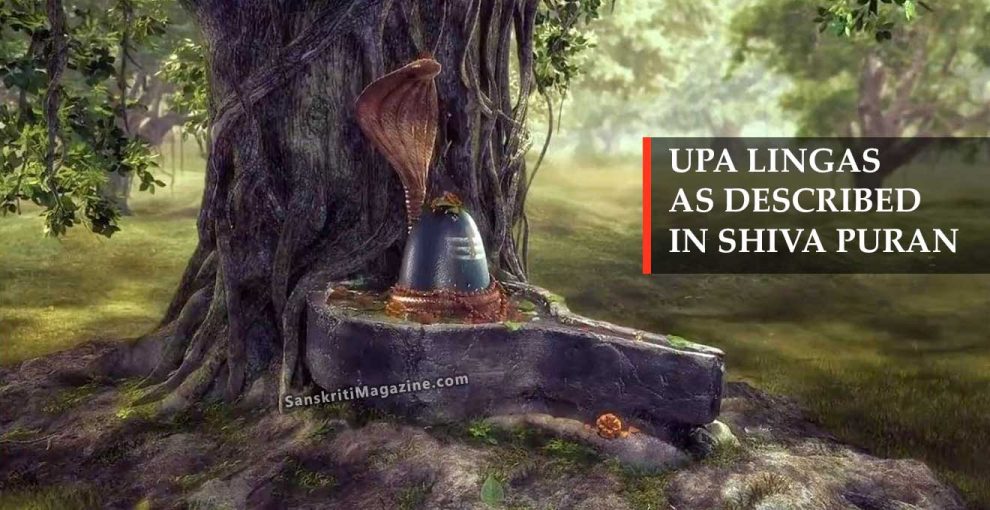 Sage Atri and Sati Anasuya performed atonement of rigorous nature in a forest named Kamda at Chitrakuta moutain when they decided to save people from the grip of a prolonged drought for some fifty years.They did not take a morsel of food during the period of penance. Once Atri felt almost fainted because of thirst and Anasuya went in search of water; Devi Ganga appeared and offered water from a spring dug up by Anasuya into a pit which was taken by Anasuya in a ‘kamandalu’for storing water and rushed it to quench Atri’s thirst. It was this pit from where water sprang up and became the origin of River Mandakini. But Devi Ganga demanded the full ‘Punya’ (Virtue) of Anasuya in return and the latter sacrificed gladly to save the suffering people. Lord Siva was impressed as Atri conducted a Maha Yaga and appeared in the form of Atriswar Linga recognising the sacrifices of the Atri-Anasuya Couple.

The Holy Place Gokarna (Ear of the Cow) in Karnataka State is believed to have been formed as Earth’s ear was squeezed soon after her Creation by Maha Deva Siva. Ganesa tricked Ravanasura to place down on Earth the ‘Atmalinga’ of Mahadeva which was secured by the latter after severe penance to the Lord. Once fixed on the Earth, it became impossible for Ravana to pull it out and in the process of pulling it forcefully by breaking it, three parts fell down and got scattered mainly at Gokarna and also Murudeswar, Dhareswar and Gunavanthe where too the Temples are venerated. Mahabal Linga’s presence of a devotee at Gokarna, especially on the eighth or fourteenth day of ‘Arudra Nakshatra’ falling on a Monday destroys all sins and opens Gates of Kailasa after one’s demise. It is believed that worship of Mahabal Siva on ‘Magha Krishna Chaturdasi’ is highly fruitful and devotees in large crowds are attracted to the Temple on this particular day. Obeisance by Puja and ‘Abhisheka’ by milk and Bilwa leaves at the Temple on that day is said to be a sure step towards Salvation.

A Brahmana named Dadhichi was a relentless worshipper of Lord Siva everyday unfailingly but had to entrust the worship to one of his sons Sudarshan for some time. Sudarshan too was performing the ‘Pujas’ dutifully. On a ‘Sivarathri’ which is the most sacred night for Bhagavan too, along with his entire family kept fast and performed the Pujas. But he did the sinful union with his wife that night and even without observing physical cleanliness continued the worship on that most Sacred night. Lord Siva was furious and there were frequent hurdles in the Pujas all through the Sivaratri. Sudarshan’s father realised this most unfortunate happening. Sudarshan performed the most rigourous penance possible for years and Devi Parvathi asked the Lord to pardon, absolve the sin and liberate Sudarshan. Pleased by his sincere self-punishment, the Lord manifested Himself in Batu linga and directed the devotee to worship it. It is no doubt unconfirmed but came to light that Batuknath Temple and linga of 1.2 meters height was worshipped at Tahab Village, district Pulwama some 32 km of Srinagar, Kashmir, nearby a 40 feet square spring called Vatuksar Nag, along with a Jagnnath Bhirav Temple nearby.

This Linga is a manifestation of Purusha-Prakriti combine. A group of Sages were observing worship to a Sivalinga very religiously at a Siva Temple in Daruka forest and a few of them including their wives visited the forest interior to locate firewood, darbha, flowers, fruits and such othe Puja material when they encountered a hefty person who was completely naked. When they questioned about his whereabouts, he did not reply. The Sages cursed the person that his phallus would fall on the ground. There was an earth quake and rumbling storm broken with loud thunders and lightning as this incident happened and such oppressive heat was produced like an inferno. The Sages ran to Lord Brahma out of fright and guilt and the latter confirmed that the Personality who gave the curse was Bhagavan Himself and no power in the Three Worlds could save them as also the very existence of the Universe was threatened. The only possible way out could be to meditate Devi Parvati and for sure she might ease the situation .The Sages prayed to Devi Parvati who manifested as a female part on the spot and the Haatkeswar Linga as well. Eversince then worship of Phallus as a manifestation of Bhagavan Siva came into vogue.

At Naimisharanya (Uttar Pradesh) near Lucknow, there is a Rishiswar Linga, which is worshipped by Rishis; those who were alleged murderers or who actaully committed murder but regretted having committed would be free from their troubles.

At Mishra Tirtha, there is a Dadhikeswar Linga, which was worshipped by Sage Dadhichi. At Devaprayaga on way to Kedareswar, Lalitheswar Linga is worshipped by devotees in the transit on either way up or down.

In Nayapalpuri [Khatmandu, Nepal] the very famous Pasupathinath Linga attracts lakhs of devotees which has the distinction of being called a ‘Linga Sirsha’ and the Temple doors are four-sided thus enabling four separate queues of devotees simultaneously manned by four priests. Not far from Pasupathinath Temple is Muktinath Linga which is worshipped for mental peace and happiness.

The formation of Harishwar Linga was a consequence of Lord Vishnu’s worship to Bhagavan Siva by thousand lotus flowers each of these by chanting the ‘Siva Sahasranamas’ or Thousand Names of Siva.

During the Worship Siva was desirous of Vishnu’s concentration and stole one of the lotus flowers and there was a shortage of one flower in the count. Unnerved by the lapse, Lord Vishnu gave away one of His eyes in sacrifice and completed the worship. Bhagavan Siva was thrilled and fully satisfied; He asked Vishnu for a boon and as desired, Lord Siva gifted a very powerful Sudarsana Chakra which is put to great use often as a last resort to annihilate powerful Demons. Besides the Chakra, Bhagavan Siva was pleased to materialize Himself as Harishwar Linga for the benefit of generations to come.