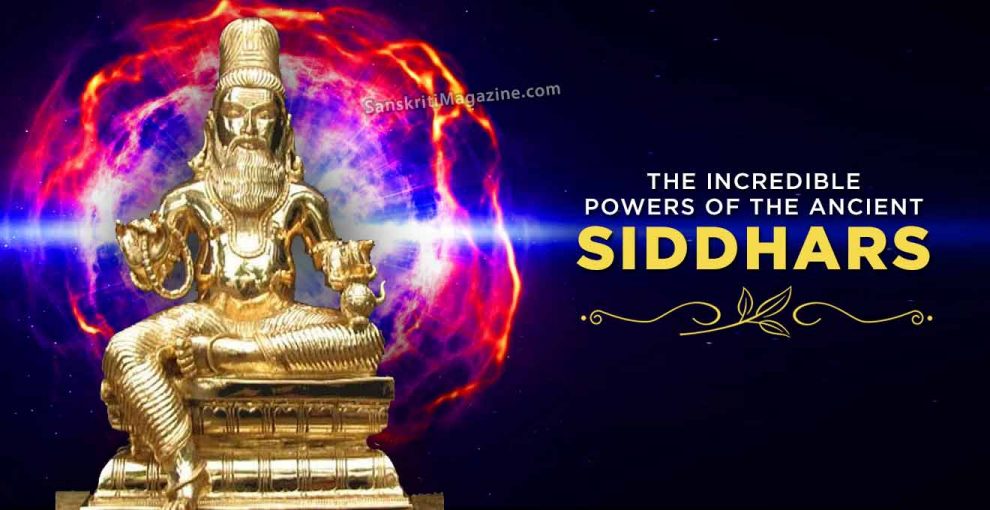 Siddhars are saint in India who are said to have had many powers and achieved a ‘god-like’ state through specific secret practices that were known only to them. These powers spanned from controlling time and space, to transforming the body, manipulating matter at the molecular level and achieving immortality.

The Siddhars were followers of the God Shiva and according to different texts there were 18 of them. Their teachings and findings were written in the form of poems in the Tamil language, a language spoken mainly by people in South India and parts of Sri Lanka. The poems were very difficult to interpret and were written in an encoded way so that only a few could understand them.

There is a debate as to who was the first Siddhar. Some legends talk about Sri Pathanjali, who was considered to be an incarnation of Adiseshan, the celestial five-headed snake associated with God Vishnu. But the prevailing tradition refers to Agasthya (or Agasthyar) as the first Siddhar, one of the seven sages (or Saptarshis) as mentioned in the Vedic texts, and he was the son of the god Brahma of the Hindu creation story. Agathiyar is considered to be the author of a lot of the first Siddhar literature and he was supposed to have lived in the 7th century BC. About 96 books are attributed to him and that includes writings in alchemy, medicine and spirituality. Apart from the legends that exist, the beginnings of the Siddhars’ are lost in time. 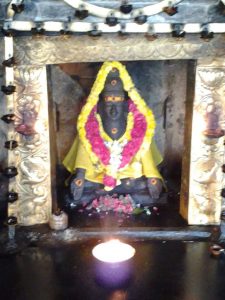 The powers that the Siddhars possessed were separated in categories. The main category included 8 powers called ashta siddhis:

1. To become tiny as the atom within the atom (Anima)
2. To become big in unshakeable proportions (Mahima)
3. To become as light as vapour in levitation (Laghima)
4. To become as heavy as the mountain (Garima)
5. To enter into other bodies in transmigration (Prapti)
6. To be in all things, omni-pervasive (Prakamya))
7. To be lord of all creation in omnipotence (Isatvam)
8. To be everywhere in omnipresence (Vasitvam)

But if this is not enough, there are ten secondary siddhis as described in Bhagavata Purana that include the following:

1. Being undisturbed by hunger, thirst, and other bodily appetites
2. Hearing things far away
3. Seeing things far away
4. Moving the body wherever thought goes (teleportation/astral projection)
5. Assuming any form desired
6. Entering the bodies of others
7. Dying when one desires
8. Witnessing and participating in the past times of the gods
9. Perfect accomplishment of one’s determination
10. Orders or commands being unimpeded

Siddhar Statues, Amazing as they sound, these abilities could allegedly be achieved with the help of simple tools like controlling breath, concentrating the mind and raising the power of the ‘Kundalini’, which is related to the sexual energy.

Furthermore, the system of healing that the Siddhars possessed was allegedly given to them by the god Murugan, son of the Hindu god Shiva. 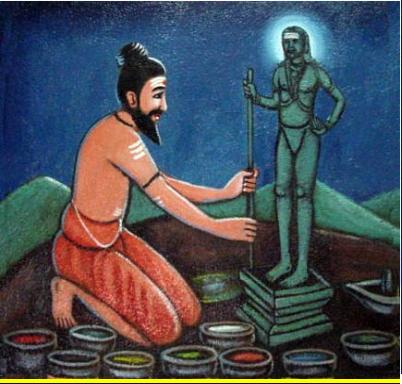 Another famous Siddhar was Tirumular, who was a Tamil mystic and writer of 6th century AD and was also one of the 18 Siddhars according to the Tamil Siddha tradition. His main work is named “Tirumantiram”, a 3,000 verse text, which is the foundation of the Southern Shaiva Siddharta School of philosophy.

Another Siddhar, Bhogar (Bhoganathar), who lived between the 3rd and 5th century AD is said to have discovered the elixir of immortality – one his main works is the Pharmacognosy.

Palm Leaf ManuscriptsMany of the oldest Siddhar texts are palm leaf manuscripts and not all of them are translated in English. From generation to generation, copying from one text to another, many of the original texts have probably been altered and their meaning changed. Therefore what today we know as Siddhar texts may have nothing to do with the original texts, which may account for why the Tamil tradition does not accept the Siddha poems in its body of traditions.

Of course in the last few centuries, especially after the 15th century, more and more “Siddhars” have appeared, composing poems, performing ‘acts’ to entertain people with interesting stories, acting as ‘Masters’ and gathering followers around them, all of which has nothing to do with the original tradition of the Siddhars. Unfortunately, the original Siddhar tradition today is ‘polluted’ by many interpretations, by modern Siddhars, and the imagination of people. Some old Siddhar writings are preserved in Museums and private families in Tamil Nadhu.

Due to the closely-guarded nature of the Siddhar records, the original knowledge of this enigmatic group of saints has remained shrouded in secrecy. The question remains whether their powers were real and, if so, how they managed to attain them. Manipulating space, time and matter would require knowledge far beyond what we have today.