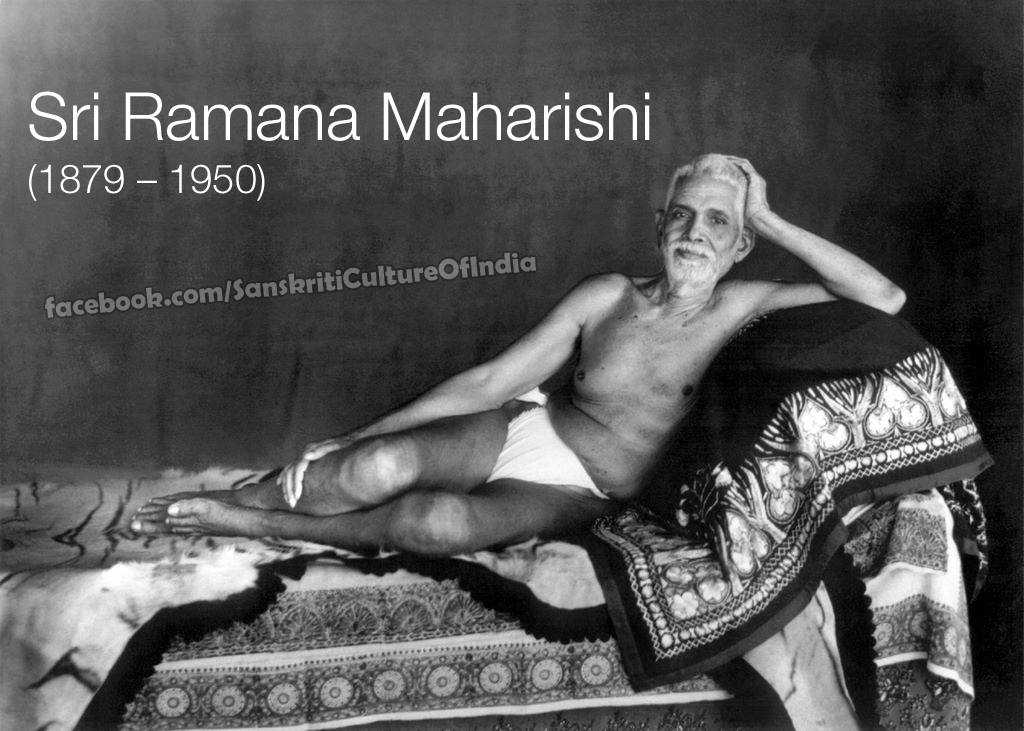 Ramana Maharshi was born on December 30, 1879 in Madurai, India. Originally called Venkataraman, his was a pious middle class Brahmin family. However, he went to a missionary school and learnt English.

Flight From Home:
In 1896, Venkataraman, left his home in search of his Father, Lord Arunachala. From that day till the end of his earthly sojourn, Venkataraman made Arunachala (Tiruvannamalai) his home.

The Great Enlightenment:
“It was about six weeks before I left Madurai for good, in the middle of the year 1896, that the great change in my life took place” said Sri Ramana Maharshi, when asked by devotees as to how he was transformed, “…All this was not a feat of intellectual gymnastics, but came as a flash before me vividly as living Truth, which I perceived immediately, without any argument almost”. 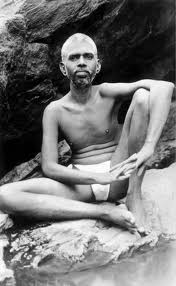 Meditation & Penance:
Ramana practised Tapas or deep meditation in shrines, cave and hills in and around Tiruvannamalai, where he was known as Brahmana Swami. From 1909 to 1916 he lived in the Virupakshi Cave. During his days of Tapas, mischievous boys pelted him with stones, but Ramana was ever peaceful and calm through the strength of meditation and penance. His life was one continued meditation, ‘Ananda Anubhavam’. He established peace within, and encouraged others to do the same.

His Teachings:
Maharshi seldom talked. Kavya Kanta Ganapathy Sastri, the great Sanskrit scholar, came to Ramana’s Ashram in 1908 and stayed with Maharshi and wrote the ‘Ramana Gita’. Ramana was a living example of the teaching of the Upanishads. His life was at once the message and the philosophy of his teachings. He spoke to the hearts of people.

His Message:
He gave to the world the grand but simple message of his great life, “Know Thyself”. “Enquire, ‘Who am I?’ Make the mind calm. Free yourself from all thoughts other than the simple thought of the Self or Atma. Dive deep into the chambers of your heart. Find out the real, infinite ‘I’. Rest there peacefully for ever and become identical with the Supreme Self.” 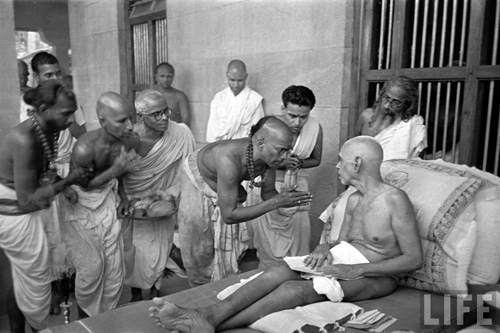 Last Days:
The Maharshi was operated four times after he was diagnosed with a malignant tumor in his upper left arm above the elbow. A meteor hit the sky at 8-47 p.m. on the 14th of April 1950, when Sri Ramana Maharshi left his mortal coil and entered Mahasamadhi. In the heart of humanity the saint shall live forever, guiding, encouraging, goading and inspiring, so that millions and millions might seek and find the Great Truth that Ramana realised.

Sri Ramana expounded the Vedanta philosophy not through bookish knowledge but through practical experience. His teachings imparted through all-absorbing ‘Silence’ embodied the highest ideals and the ultimate reaches in divine realization.

Based on Maharishi’s biography written by Swami Sivananda

Why trees are revered in Hinduism?
Guru Gobind Singh – Creator of KHALSA!
Comment