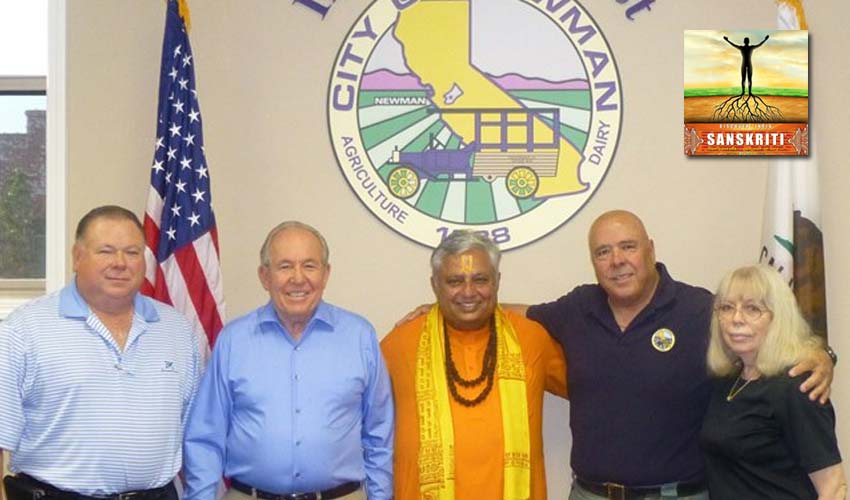 Hindus are asking that hymns from ancient Sanskrit scriptures and contemporary bhajans should regularly form part of BBC One’s over 52 years old “Songs of Praise” program.

Distinguished Hindu statesman Rajan Zed, in a statement in Nevada (USA), said that British Broadcasting Corporation (BBC), being “a public service broadcaster funded by the licence fee paid by UK households”, including the Hindu households, should have been more responsible and inclusive in “Songs of Praise”.

It was the time for “Songs of Praise” to become multi-faith as United Kingdom (UK) was a diverse society formed of various religions and denominations and non-believers. Moreover, God liked all songs-of-praise, irrespective of the religion these came from, Zed, who is President of Universal Society of Hinduism, stressed.

Rajan Zed requested the intervention in this multi-faith issue of The Archbishop of Canterbury Justin Welby, whose “priorities” included “people, communities and nations learning to live together with deeply-held differences – in a spirit of love and respect”.

Rajan Zed pointed out that BBC; whose  “values” included “celebrate our diversity” and “great things happen when we work together” and whose  “purpose” included “reflect the many communities that exist in the UK”; should show some maturity on this issue.

Zed urged BBC Trust Acting Chairman Diane Coyle to thoroughly investigate this matter as the Trust stated that they had challenged the BBC to “do more to serve all audiences” and “Our job is to get the best out of the BBC for licence fee payers”.

One of the world’s longest-running religious television series, “BBC One – Songs of Praise” defines itself as “Inspiring hymns and songs, together with stories of faith from around the UK and beyond.” Its home page today talked about St Andrews Church, Gospel Choir of the Year 2014, Galleries including picture of “School Choir of the Year 2013″, etc. Wikipedia describes it as most-watched British religious television program “based around Christian hymns”.

Launched in October 1922, headquartered in London, and established by a Royal Charter; BBC claims to be the world’s leading public service broadcaster. Tony Hall is BBC Director-General, while Charlotte Moore is BBC One controller. Every UK viewer needs to have a TV License, which costs around $245.

Hinduism, oldest and third largest religion in the world, has about one billion adherents and moksh (liberation) is its ultimate goal.

13 Basic ethics of Hinduism
Ganga: The River of Rebirth
Comment