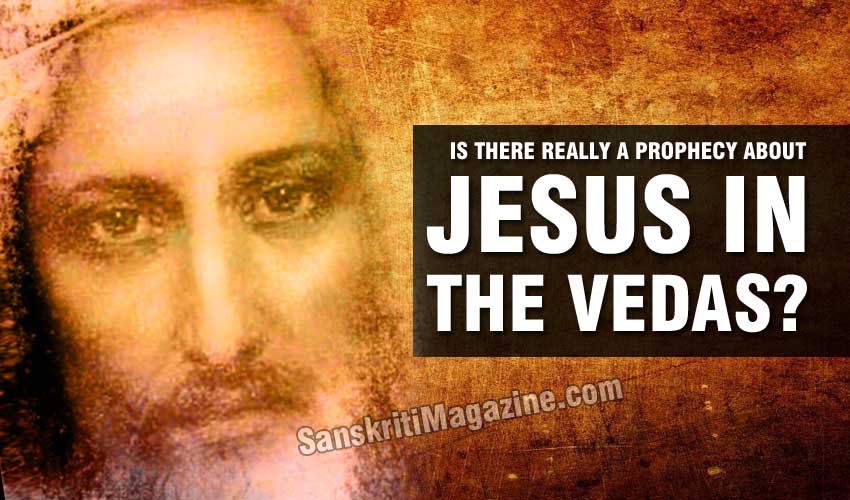 A recent flurry of articles and website postings have been made to indicate that the fable of Jesus is mentioned in the Vedas [Bhavisya Purana]. Many Vaisnavas have been enthused [confused] by these Vedic findings, confirming Jesus as a messenger of God [Krsna] and a pure devotee. However, a closer look at the prediction of Jesus found in the Bhavisya Purana strongly suggests foul play or interpolation on the part of Christian Missionaries in India during the late 18th century.

Although the Bhavisya Purana is certainly a bona-fide literature, its predictions concerning certain events cannot be taken as absolute because of evangelical interference. 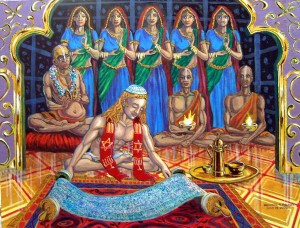 The Bhavisya Purana is considered to be one of the major 18 Puranas of the Vedic canon. As the name suggests, it mainly deals with future events (bhaviysati). The Bhavisya Purana is also mentioned in the ancient text of the Apastambha-dharma-sutras, so it is to be taken as an original Puranic literature dating from the time of Vyasadeva.

However, there are four known editions of the Bhavisya Purana, each having different predictions from the other, but suspiciously having one consistent prediction – that of Jesus.

One edition contains five chapters, one contains four, another contains three and yet another contains only two. Additionally, the contents in all four editions differ in various degrees – some having extra verses and some having less. Due to these circumstances, it is difficult to ascertain which of the four is the original text of the Bhavisya Purana, if indeed an original text still exists, but suspiciously all four editions do mention Jesus.

The Venkateswar Steam Press edition of the Bhavisya Purana printed in Bombay in 1829 (and reprinted by Nag Publishers in 2003) is probably the most complete version available, containing all the main features of the four manuscripts. Since none of the four editions of the Bhavisya Purana predate British Rule in India, this further suggests a discrepancy, plus the fact that all four versions mention Jesus.

The consistent prophecy in all four editions that seems to indicate an interpolation concerns the so-called meeting of Maharaja Salivahana and Jesus. This is found in the 19th chapter of the Pratisarga-parva. However, in examining this section, certain flaws can be found which betray its dubious origins. The section begins thus:

“Ruling over the Aryans was a king called Salivahana, the grandson of Vikramaditya, who occupied the throne of his father. He defeated the Sakas who were very difficult to subdue, the Cinas, the people from Tittiri, Bahlikas and the people of Kamarupa. He also defeated the people from Roma and the descendants of Khuru, who were deceitful and wicked. He punished them severely and took their wealth. Salivahana thus established the boundaries dividing the separate countries of the Mlecchas and the Aryans. In this way Sindusthan came to be known as the greatest country. That great personality appointed the abode of the Mlecchas beyond the Sindhu River and to the west. One time, that subduer of the Sakas went towards Himatunga (the Himalayas).” (19.19-22) 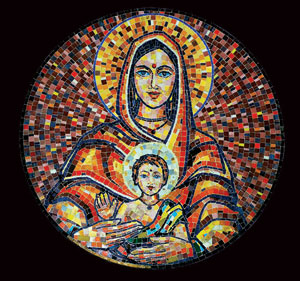 At the very outset, this section is fraught with historical inaccuracies. Salivahana was the king of Ujjain (in modern day Madhya Pradesh), and while it is not surprising that Salivahana traveled to the Himalayas, the enemies that he supposedly vanquished in battle before he went, should be looked into more thoroughly. Historical research tells us that the only invading force that Salivahana actually subdued were the Sakas, who entered India from the north-west regions. But as for his defeating the Cinas (Chinese), Bahlikas (Bactrians), Kamarupas (Assamese), Romas (Romans) and the Khurus (Khorasans, or Persians), there is no historical evidence that validates Salivahana doing this, nor is their any historical proof of the Romans and the Chinese ever invading India. The Bactrians (Greeks) came earlier during the Gupta Period and the Persians (Moguls) came later. The people of Assam were simply a small hill-tribe during this period of Indian history [conquering which would not have warranted Vedic verse]. The text continues:

“In the middle of the Huna country (Hunadesa – the area near Manasa Sarovara or Kailasa mountain in Western Tibet), the powerful king saw an auspicious man who was living on a mountain. The man’s complexion was golden and his clothes were white.” (19:22)

After Salivahana defeated the Sakas he established his empire, thus the Salivahana period of Indian history began, circa 78 CE. According to this apparently interpolated section of the Bhavisya Purana, at some point after establishing his kingdom, Salivahana traveled to the Himalayas and met Jesus. Yet Christian scholars opine that Jesus was born in 4 BCE and was crucified somewhere between 27 and 36 CE. If we entertain the idea that Christ somehow survived the crucifixion and met Salivahana in the Himalayas, this would make him around 80 years old at that time. Yet surprisingly, the description of Jesus in the Bhavisya Purana does not mention that he was an old man.

The text continues with Salivahana asking Jesus, “Who are you?” to which Jesus replies:

The idea common amongst Christians that Jesus was born of a virgin only came into existence several centuries after Jesus and was not part of early Christianity. Thus, it is unlikely that Jesus would have spoken of his birth as such.

The Christian idea that Jesus was born of a virgin is based on the following verse found in the Christian version of the Old Testament in the Book of Isaiah:

“Behold, a virgin has conceived and bears a son and she will call his name Immanuel.”

However, the original Hebrew text of the Book of Isaiah does not mention anything about a virgin:

The Hebrew word for virgin is ‘betulah’ yet it appears nowhere in this verse of Isaiah. The word used is ‘almah’ which simply means ‘a young woman’. Isaiah only uses ‘almah’ once. However, the word ‘Betulah’ is used five times throughout the Book of Isaiah, so Isaiah obviously made a distinction between these two words.

After Jesus has introduced himself to Salivahana he explains that he is teaching religion in the distant land of the Mlecchas and tells the king what those teachings are:

“Please hear from me, O King, about the religion that I have established amongst the Mlecchas. The mind should be purified by taking recourse of proper conduct, since we are subject to auspicious and inauspicious contaminations – by following the scriptures and concentrating on japa (repetition of God’s names) one will attain the highest level of purity; by speaking true words and by mental harmony, and by meditation and worship, O descendant of Manu. Just as the immovable sun attracts from all directions the elements of all living beings, the Lord who resides in the Surya-mandala (sun globe) and is fixed and all-attractive, attracts the hearts of all living creatures.” (19:28-30) 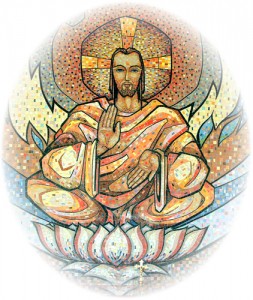 Nowhere in the Gospels do we find in the ministry of Jesus the above teachings to his followers. Furthermore, in this passage, Jesus is advocating the worship of the Sun-god (again, something that is absent in his instructions to the apostles). Japa, meditation, the negation of both good and bad karma, are all concepts that are familiar to eastern religions such as Hinduism and Buddhism, but not to the Abrahamic religions of the west.

Considering the above anomalies and the fact that no edition of the Bhavisya Purana can be found prior to the British period in India, we can only deduce that the Bhavisya Purana was tampered with by the Christian missionaries who added the chapter on Jesus. Their motive is obvious – to make the personality of Jesus acceptable to the Hindus, in order to convert them to Christianity.

“As to the general extension of our pure faith in Hindoostan there are at present many sad obstacles to it… We may assure ourselves, that Hindoos will never be converted by any mission from the church of Rome, or from any other church; and the only human mode, perhaps, of causing so great a revolution, will be to translate into Sanscrit… such chapters of the Prophets, particularly of ISAIAH, as are indisputably evangelical, together with one of the gospels, and a plain prefatory discourse, containing full evidence of the very distant ages, in which the predictions themselves, and the history of the Divine Person (Jesus) is predicted, were severally made public and then quietly to disperse the work among the well-educated natives.” (Asiatic Researches Vol. 1. Published 1979, pages 234-235. First published 1788).

It may also be noted that throughout the Pratisarga-parva of the Bhavisya Purana we find the stories of Adam and Eve (Adhama and Havyavati), Noah (Nyuha), Moses (Musa), and other Biblical characters. These we also consider to be added by zealous Christians.

How will you judge your life 500 years from now?
Significance of the Saffron flag
Comment