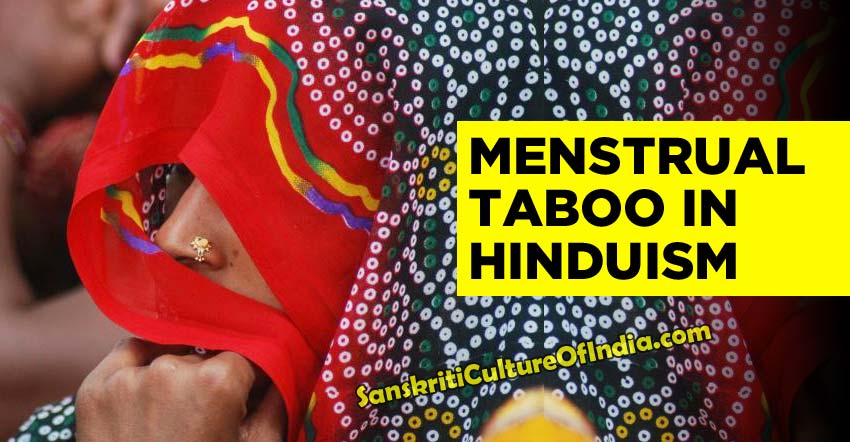 A look at major religions of the world shows that, without exception, they have placed restrictions on menstruating women. Judaism, Christianity, Islam, Hinduism, and Buddhism have all made statements about menstruation and its negative effect on women, leading to prohibitions about physical intimacy, cooking, attending places of worship, and sometimes requiring women to live separately from men at this time. –Deepu P. Thomas

In pre-Christian centuries, women were considered to be “impure” during their menstruation and in some cultures (e.g. Huaulu of Indonesia) they were confined to special menstrual huts. Moreover, menstruating women were believed to be dangerous in early western societies and social restrictions were placed upon them. In fact, the British Medical Journal in 1878 claimed that a menstruating woman would cause bacon to putrefy.

As recently as 25 years ago, it was reported that farmers in Eastern and Central Europe believed women, during their periods, should not bake bread or churn butter. Most Christian denominations do not specify rituals or rules related to menstruation, but the Eastern Orthodox Church does advise women not to receive communion during this time.

The Qur’an forbids intercourse during menstruation and women are excused from prayers and fasting. They are also restricted from entering the mosque. In Sikhism, Guru Nānak condemned the practice of treating menstruating women as impure and felt that it should not prevent her from wanting to pray or accomplishing her religious duties.

In Hinduism the first menstruation of a young girl is a cause for celebration, with special presents given. However menstrual blood has generally been considered impure. At my grandmother’s house, women were not permitted to cook in the kitchen, had different utensils, ate and slept separately. They were also not allowed to enter the prayer room. Nonetheless, when as a 12-year-old girl I visited my grandparents during the summer holidays, my loving and pragmatic grandmother spared me this embarrassment by asking me to not tell anyone about my periods!

Swami Chinmayananda explained this practice in physiological, hormonal and emotional terms. Earlier the traditional role of a woman in the house involved arduous and physically demanding tasks such as carrying heavy pots of water, grinding of wheat, daals, rice and masalas, farming duties and so on. During periods women suffer in varying degrees from discomfort to cramps and headaches to PMS syndrome which includes depression, anger and mood swings.

Thus they were prescribed rest during the three days of menstruation. However the only way this could actually be enforced was to put a religious taboo on it and exempt women from all household tasks. In fact in orthodox homes in India men, who would otherwise not lift a finger to help at home, actually do the cooking!

Prayer – a personal relationship with God

A few weeks ago, I discussed this topic with Swamini Vimalanandaji, a senior and highly respected Swamini of the Chinmaya Mission. She emphatically stated there was no need to feel any guilt in doing one’s pooja, chanting, and prayers at the altar of one’s home. There was absolutely no sin incurred. However, since a large number of people in India are still strict believers, one should, as respect to their beliefs, refrain from entering public places of worship.

Terrorism and Its Vedic Solution
Garuda: The King of Birds
Comment