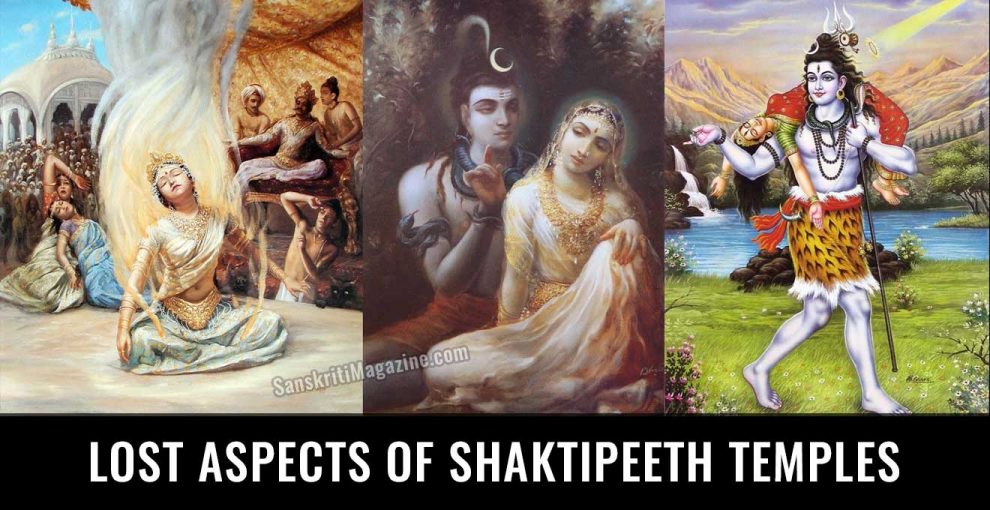 The marriage of Lord Shiva and Devi Sati is one of the most important events marked in the Shaiv and Shakt sects of Hinduism. The story of their marriage is well known. Lord Vishnu and Lord Brahma both had their respective consorts in Devi Lakshmi and Devi Saraswati; and it was the solitude of Mahadev who remained as an ascetic that was responsible for great imbalance in the cosmic creation. The necessity of the companionship of Shakti with Shiva was felt by all Gods in order to regain balance in the creation of good over evil. The demon Tarakasura had obtained the boon from Brahma that he could only be killed by the son of Shiva. So, the marriage of Shiva with Shakti was of prime importance for the destruction of evil forces.

Shiva is pure, eternal and passive. He remains forever in a pure for, undeterred and unstirred by the changes in the cosmic creation. Mahadev remains unbound by time and heavenly spaces; whether physical, subtle and mental. He remains beyond the bounds of time, changes in creation in physical as well as the mental realms. Shiva cannot be accessed, only approached. It is only by His grace that a soul can access His part dimensions, and absolve itself of the core existence.

It is under this basis of reality that it is accepted as a fact that Mahadev exists in the form of a Shivlinga, which is representative of His form of an ‘Astambha Anaadi’ Shivlinga. This Linga exists as a pillar of light in the physical, mental and spiritual realms of creation as well as annihilation infinitely. There exists no limit of beginning nor end to this pillar of light. Consequently, Mahadev exists as ‘Jyotirlingas’, which are representative of these ‘Pillar of Light’.

Prajapati Daksh, the Manas-Putra of Lord Brahma and Queen Prasuti ardently desired that Devi Adishakti be born to them as their daughter. After a long penance, Devi provided them with their desired boon with the condition that She would be born for Mahadev and should She be insulted in Her parental home, She shall disown them and reacquire Her divine form. So, Devi was born to them as a beautiful daughter, and named Sati, the ‘Pure One’. Sati grew up meditating on Mahadev and always cherished the desire of wedding Mahadev. On an occasion She met Lord Shiva for the first time in the city of Kashi where She had gone along with Her father.

Daksh always despised Lord Shiva, His dressing up in tiger skin and applying the ash of the funeral pyre; being a stark contrast from the Vaishnav rituals that Daksh was used to following. He

started disliking the idea of his beautiful daughter marrying an ascetic who was always surrounded by ghosts and ghouls and roamed alone in the Himalayas spending His time meditating.

However, Lord Brahma and Lord Vishnu asked Mahadev to marry Sati, who was the incarnation of Devi Adishakti, and so Daksh could do nothing to object. Sati went to Kailash with Mahadev, and was profoundly happy in Her new home and surroundings, extremely different from Her parental palace.

Daksh organized a Yajna in which all celestials except Shiva and Sati were invited. Sati asked Mahadev to accompany Her but the Lord refused stating that it would be inappropriate to go uninvited. However, in order to create a rift between Shiva and Sati, Tarakasura came disguised as Muni Narad and tried to convince Sati to go to Her father’s home.

Sati went alone to Her father’s home, but to Her surprise, She was not welcomed. Daksh did not talk to Her, and Mahadev was insulted. No offerings in the Yajna were made for Shiva, which angered Sati no limit. Sati burnt Herself in the sacrificial fire, while all Gods helplessly looked on. As news reached Kailash, Mahadev plucked His hair and thrashed it on the ground. From it arose Verbhadra, with fiery eyes and terrible weapons. Mahadev ordered Veerbhadra to destroy Daksh’s Yajna and cut off Daksha’s head. Veerbhadra finished all that came in his way, and carried out the order, finally cutting off Daksh’s head and throwing it in the sacrificial fire.

Mahadev appeared on the scene. As a deep sorrow engulfed Mahadev, He picked up Sati’s burnt body and started traversing the creation. Such was His grief and rage that as He danced the Rudra Tandav the entire creation reverberated and this went on for a long time. The Gods became worried and prayed o Lord Vishnu to do something in the matter or else the creation would come to an end. Lord Vishnu said that till the body of Sati remains with Mahadev, He could not be pacified. So, Lord Vishnu cut the body of Sati into 52 pieces that scattered on Bahratvarsha in Bhooloka due to the ravaging movements of Mahadev.

Tarakasura was extremely happy that since the consort of Shiva was no more in Her body, and thus Shiva shall have no son making him eternal. So, he attempted to steal the body parts of Sati as they lay scattered on the Earth. In case he managed to steal even one body part, the re-incarnation of the Goddess shall not be possible. Therefore, in order to protect the body parts of Devi Sati, being the seats of eternal and impermeable power, Mahadev appointed a Kshetrapal Bhairav at each of the sites.

This event is said to have taken place just once. It is said that in each Kalpa, the same set of events repeat themselves. However, this was a unique event, and so it remains unknown as to how many Kalpas have passed since this event, and as each Kalpa is said to consist of Lakhs of years, the Shaktipeeth temples have been worshipped for Lakhs or Crores of years as per the Hindu scriptures.

As Kaliyug approached, Bharatvarsha was attacked by the Mlecchas, for whom the sanctity of Hindu Dharma was of no value. The temples were broken, plundered, looted and most unfortunately, the very history of some of these temples has been lost.

The very concept of the existence of Mahadev in the sati temples has been lost and forgotten in the past 1000 years of foreign plunder and rule. Some of the temples were rediscovered by the devotees. The Kalighattemple was discovered when a devotee saw light emanating from a spot and they discovered the Devi Pindi along with Nakuleshwar Mahadev Shivlinga close by. The Attahas Peeth when a devotee heard the sounds of loud laughter of a woman in a dense forest in Bengal.

The Jogulamba Temple of Andhra Pradesh were also plundered, and the devotees put up a brave fight, and managed to reinstall the Goddess deity in a new place. The Devi is said to have symbolically transferred to Shringeri from the original temple of Pandua in West Bengal. At present, the original Shaktipeeth site at Pandua only houses a Muslim Minar and remains under the Archeological Survey of India, while no worship is performed to either the Goddess or to Shiva here.

The ‘Swayambhu’ Shivlingas are self-manifested and are said to have been inducted by Mahadev Himself at a particular spot where He desired to manifest Himself. They are said to extend infinitely till Patala. It is hence said that the discovery of any Swayambhu Shivlinga never occurs by chance. It is only by the grace of the Lord Himself that a devotee receives an inspiration to look for it in a particular direction or spot. They carry an infinite power, in both spiritual realms and as elecro-magnetic radiations emanating towards the atmosphere and towards the Earth simultaneously in the physical realm.

The ancient scriptures foretell the names and places where these temples exist. But there remains great ambiguity regarding the real Sati temples and their exact locations.

At present, only a limited few temples out of the 52 Sati Shaktipeeths exist where Shiva is worshipped in the form of a Shivlinga along with the Devi Pindi. Out of them are the Baidyanath Dham in Deoghar, the Kalighat Temple in West Bengal, Chandranath Temple in Bangladesh and the Kalkaji Temple in Delhi. However, the Kalkaji temple is not listed in the main 52 temples, as there remains ambiguity in the name’Kalka’, ‘Kalika’, and ‘Jayanti’ Peeths and the exact locations.

The past millennia have managed to wipe out the existence of Mahadev from the memory of devotees in the Shaktipeeth temples. But finally, the time has come to get the lost aspects of the revered Shaktipeeth temples out of oblivion, and the re-establishment of the glory of the ancient Devi shrines and ancient Hindu temple culture.

How does the world Operate?-Explained by Shiva Shakthi Aikyam in Soundarya Lahari Sloka
Can we be religious with faith in almighty and yet be scientific minded?
Comment