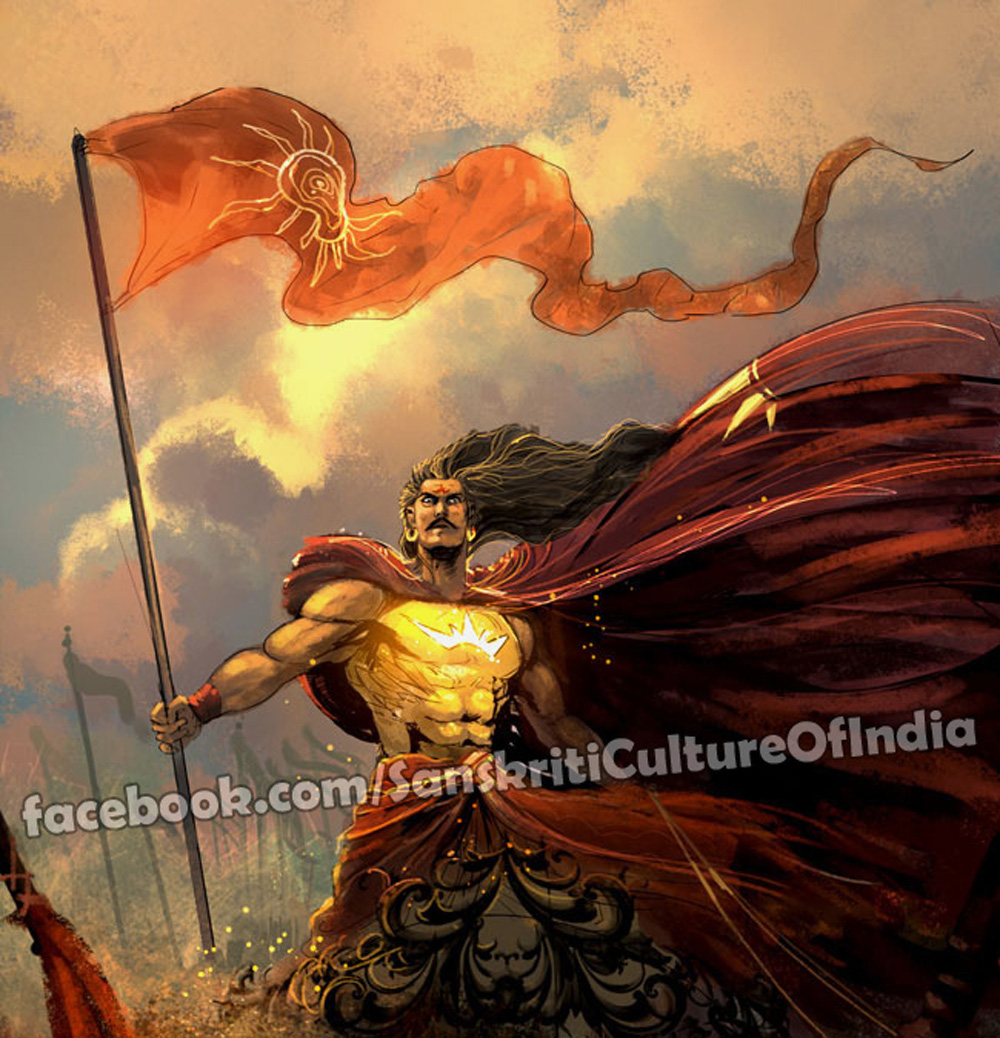 Karna, the guy was a legend, also called the tragic hero of Mahabharat. He is my favorite character among all from Mahabharat. I admire Karna’s character from Mahabharat for a lot of reason but if I have to point out that one thing which I loved the most about him was his courage to fight against the destiny. He was a guy who never had anything, lived in adverse conditions but still became better warrior than Arjun, who was a prince and had everything thing at his disposal.

People say, “When a man is put under pressure by life, his true character emerges”. Drona denied Karna to teach the art of warfare and then insulted him saying that he should stick to his caste duties. But, Karna didn’t back out. This only strengthened his will to learn the art of warfare, even, if he didn’t have a guru to teach. Karna then decided to be self-taught. Karna was determined and thus, worked hard. When Karna heard that Arjun succeeded in the “shoot the bird in the eye” trick, which Drona conducted to test his pupils skills, he told his brother that he will hit both eyes of the bird with a single arrow and eventually, he did hit both eyes of the bird with a single arrow which he achieved within a short period of practice and that too at night. This is one of the many small instances in Karna’s life which proved his potential to become a great warrior and eventually that’s what he achieved, everlasting glory and immortal fame.

After Drona’s rejection, Karna went to Parshuram for learning the advanced art of warfare. Parshuram, who taught everybody other than kshtriyas , concluded that Karna was a kshtriyas seeing his ability to withstand immense pain. He then cursed Karna that he will forget everything he taught when he will need them the most. This cruse ultimately proved to be fatal as Karna died cause of the curse.

After learning the art, Karna determined to earn a respectful place in the society, went on and challenged Arjun in a duel during archery tournament, held by Bhishma to showcase his grandson’s skills. But, Kripacharya, the army in chief of Kuru’s, denied the duel asking Karna for his clan and kingdom as only a Prince can challenge a Prince. Duryodhan saw karna as an advantage that he can have over Pandavs as they were better than Kauravs in the art of warfare. He immediately offered Karna the throne of Anga and made him the king of Anga. Karna and Duryodhan became good friends after his incident. Even though, Karna was a kshtriyas by now, by merit if not by birth, but no one agreed to that and always looked towards him as a shudra/shoot putra/ charioteer’s son.

Karna was a loyal friend and proved it time and again. Karna helped Duryodhan in marrying princess Chitragandha. Duryodhand, after being rejected at the princess’s swayamvar, took her by force. Many of the kings stood against him but Karna defeated them all alone.

Even though, Karna supported Duryodhan almost at every instance but he never agreed to his deceit and trickery strategies to kill Pandavs. Karna may be said to be on the wrong side but he neither did wrong nor supported wrong. After knowing about, Shakuni’s and Duryodhan’s attempt to kill Pandavs in the “House of Lac”, he condemned the act saying him to be a warrior as ways of cowards are doomed to failure.

Even though Karna was an ideal human being, but still he wasn’t perfect. Karna had a couple of moments in his life for which he will always be looked down for but, for me, that simply proves that he was no god. First, was when he didn’t came for Draupadi’s rescue during the game of dice and then insulted her saying that a women with more than 4 husband is nothing else than a whore. After reading all about karma, I thought, he could have avoided it but we can also say that it was Draupadi who started it. She rejected Karna participation in her Sawayamvar saying that Karna is a shootputra/ son of a charioteer but I agree that no argument can justify what Karna did.

Another moment of shame for Karna was when he with other 5 member of Kaurav sena came together to kill Abhimanyu. It was against the rules of war. There have been justifications for this act of Karna too. People say, it was Drona who created the Chakarayu which was meant to kill Arjun by cornering him that’s why people blame Drona for the conspiracy. But I don’t agree to it. Karna was equally responsible for killing a lone and helpless Abhimanyu.

Karna was a man of words and principles. He always supported Duryodhan even when Duryodhan was wrong. Krishna told him, “Your integrity is wasted on a man without integrity”. To which Karna replied, “The hand of friendship once given can’t be taken back”. Krishna knew that Karna is Duryodhan’s strength. So, he sent Kunti to talk to Karna and tell him the secret of his birth. When kunti told Karna about his birth and asked him to join Pandavs and become the king of Indraprasth, as Yudhisthir would step as Karna was the oldest of her sons. But, Karna didn’t agree to the proposal. He said to kunti that if she had told her this when he challenged Arjun for a duel in the tournament, the first time when kunti recognized him as his son cause of his armor and earring, then everything would have been different but it was too late to go back. But, he promised Kunti that after the war she will have 5 sons. He won’t kill any of the Pandavs other than Arjun. He stood firm on his words and after joining the war of Mahabharat on the Eleventh day, he defeated all the Pandav’s and spared their life because of his promise to Kunti, except Arjun.

By the end of Mahabharat, Karna proved to be one of the best warriors of Mahabharat. One of the instances was when even Krishna applauded for his efforts in the war. During Mahabharat, when Karna arrow pushed Arjun’s chariot by a couple of feet behind, Krishna applauded for Karna. Arjun asked Krishna that why didn’t you applaud me when my arrow pushed his chariot behind? To which, Krishna replied saying that you have me, the weight of three worlds on your side and Hanuman on top of your chariot and still his arrow made such an impact. If we haven’t been on your side…………your chariot would have been orbiting the earth right now.

Karna’s character is an inspiration. Perseverance in the face of adversity, proving himself better than the destiny and achieving everything with determination are a few of the attributes of Karna’s character. Again, for what I think, he is the ideal man if not perfect.