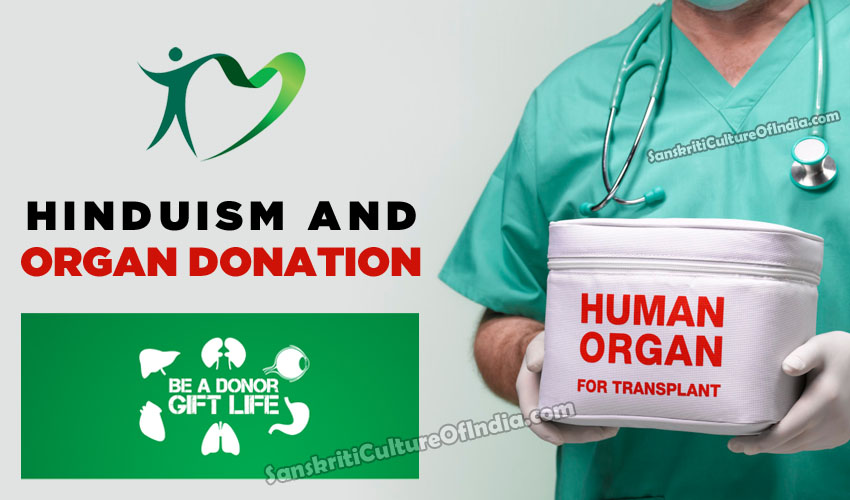 No religious law prohibits Hindus from donating their organs and tissues. Life after death is a strong belief of Hindus and is an ongoing process of rebirth. This could be seen as reflecting positively on the concept of organ donation and transplantation. A minority argument, though, says that if someone donates an organ as intrinsic to the body as a heart, the principle of karma means the recipient will have to return the favour in the donor’s next life – which means the donor will have to have a next life. Hindus hope to be liberated from the cycle of rebirth, so this would be a disadvantage. However, most Hindus would view this argument as selfish. According to Shaunaka Rishi Das of the Oxford Centre for Vaishnava and Hindu Studies, most Hindus take the view that after the soul has departed, the body is no more than a machine, and there is nothing to stop the parts being shared with others. 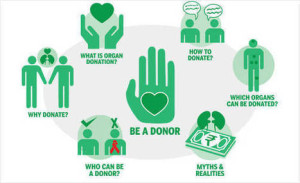 Decisions about organ donation and transplantation are left to individuals to make, but there are many references that support the concept of organ donation in Hindu scriptures. In the list of ten Niyamas (or virtuous acts) in the Hindu scriptures, Daan (or selfless giving) is third, and is held as being very significant within the Hindu faith. That which sustains is accepted and promoted as Dharma (righteous living). This could also be seen as supporting the idea of organ donation. But, the only constraint on the idea of organ donation is imposed by the very nature of Dharma. Every act or intention of anyone should be dharmik. Therefore, it is right to donate organs, only if the act of donating an organ has beneficial results. In Hindu mythology there are also traditions which support the use of body parts to benefit others. Scientific papers also form an important part of the Vedas. Sage Sushruta looks at features of organ and limb transplants, and Sage Charaka deals with internal medicine. ~ BBC

A guide to organ donation and Hindu beliefs

Organ donation: Organ donation is the gift of an organ to help someone else who needs a transplant. Hundreds of people’s lives are saved or improved each year by organ transplants.  Donation is an individual choice and views differ even within the same religious groups. Why is it important to think about donating organs? With medical advances it is now possible to use transplanted organs and tissues to enhance the life chances of those suffering from a range of terminal conditions such as renal, liver and heart failure. More people than before now suffer from these conditions and some ethnic groups seem to be more affected than others. Consent: The consent or permission of those closest to the potential donor is always sought before organs can be donated. This is why it is so important to discuss your wishes with your loved ones should you decide to become a donor. Many families who agree to organ donation have said that it helps to know some good has come from their loss. When can organ donation take place? Doctors and their colleagues are committed to doing everything possible to save life. Organs are only removed for transplantation once all attempts to save life have failed and after death has been certified by doctors who are entirely independent of the transplant team. Care and respect: The removal of organs and tissues is carried out with the greatest care and respect. The family can see the body afterwards and staff can contact a chaplain or local religious leader if the family wishes. 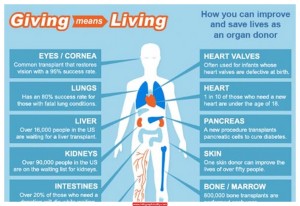 There are many references that support the concept of organ donation in Hindu scriptures. Daan is the original word in Sanskrit for donation meaning selfless giving. In the list of the ten Niyamas (virtuous acts) Daan comes third.

“Of all the things that it is possible to donate, to donate your own body is infinitely more worthwhile. “ The Manusmruti

“In the joys of others lies our own.” His Holiness Pramukh Swami Maharaj, BAPS Swaminarayan Sanstha

Life after death is a strong belief of Hindus and is an ongoing process of rebirth. The law of Karma decides which way the soul will go in the next life. The Bhagavad Gita describes the mortal body and the immortal soul in a simple way like the relationship of clothes to a body:

“Organ donation is in keeping with Hindu beliefs as it can help to save the life of others.”   ~ The Late Mr Om Parkash Sharma MBE, President, National Council of Hindu Temples UK

“I always carry my donor card with me. It says that my whole body can be used for organ donation and medical purposes after my death. I would like to encourage as many people as possible to do the same.”  ~ The Late Dr Bal Mukund Bhala, Co-ordinator Hindu International Medical Mission, Former President Hindu Council UK

“I believe in organ donation. If my body can help someone else live a better quality of life after my soul has vactaed it then it is good Seva.” ~ Mr Arjan Vekaria JP, President Hindu Forum of Britain

For more information on organ donation in India or to register, please visit:  www.giftalife.org

Sphinx in the Vedas ?
Prasad: An Offering to Divinity
Comment