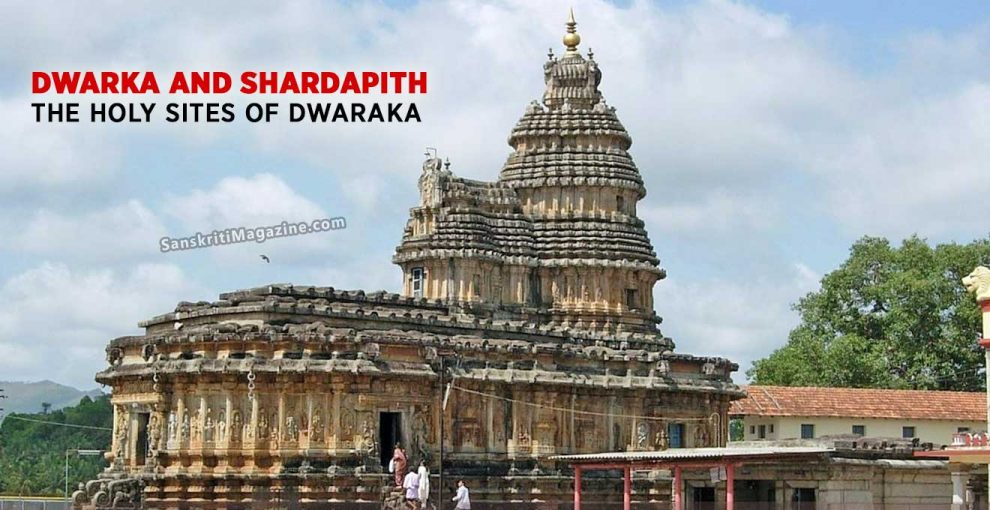 Dwarka is one of the four shaktipiths (also referred as Shardapiths) established by Adi Shankaracharya. Others are Jyotishpith in the North, Shringeri pith in the South and Govardhan pith in the East. The first Shardapith was established in the West, in Dwarka next to Dwarkadheesh temple. The Shardapith manages the Dwarkadheesh Temple and runs the famous Pathshala and oversees various institutes.

Activities include the running of Shri Dwarkadheesh Sanskrit Academy and Indological Research Institute, Shri Shardapith Arts-Commerce and college of Education, Shri Shankaracharya Abhinav Sachchidanad Tirtha Sanskrita Mahavidyalaya and ved Vidyalaya at Dwarka and Gaushala in Barvala near Bhavnagar district. The devotees coming to Dwarkadheesh temple are also benefited with free meals provided by Shardapith as prasad. 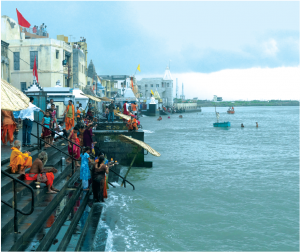 Behind the temple flows the river Gomti. At present, Gomti Ghat is under renovation. Devotees can be seen feeding fishes small balls of wheat flour, which is considered a way to get wealth and prosperity. On the other side of Gomti River is a place called Panchanand tirtha. There are five wells here. It is believed that the Pandavas built the wells on the bank of Gomti River. A temple of Sangamnarayan or Samudranarayan is also there. Next to this place is Chakratirtha, where one can find rocks with chakras. According to Vishnupuran, Lord Vishnu cleaned his Sudarshan Chakra here after destroying demons, hence the place is known as Chakratirtha.

Dwarka is a beautiful place to visit with several attractions around it. However, four holy shrines are particularly popular. They are Nageshwar Jyotirlinga temple, Gopi Talav, Bet Dwarka and Rukmini temple.

Talav means Pond. It is 21 km from Dwarka and 5 km from Nageshwar Jyotirlinga temple. Lord Krishna killed the demon Bhaumasura here, freeing 16,000 princesses from His palace. These gopi princesses fell in love with Lord Krishna and wanted to marry him, thus the name Gopi Talav. 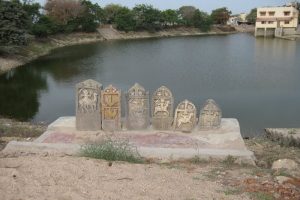 Another story is related with Arjuna. After the battle at Kurukshetra, Arjuna thought himself to be the best warrior of the world. To show him his place, Lord Krishna asked him to escort his queens to Bet Dwarka. On the way, just near this pond, Arjuna was attacked by people of Kaba community, and Arjuna was defeated. The queens were shocked at this and died in this pond. So it is called Gopi Talav. The famous phrase ‘Kabe Arjun luntiyo, vohi dhanush vohi ban’ reflects this incident.

Gopi Talav is a small pond and the sandal like yellow sand is known as Gopi Chandan. The devotees take Gopi Chandan, believing it to be very good for skin diseases. 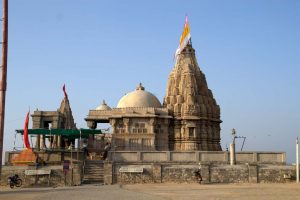 This temple is 3 km from Dwarka. It is related to the story of the 12-year separation of Rukmini. When Krishna and Rukmini invited the sage Durvasa to Dwarka, he agreed to come on the condition that his chariot would not be pulled by any animal. Krishna and Rukmini decided to pull the chariot themselves.

However, on the way, Rukmini felt thirsty. Lord Krishna got water for her. She was so thirsty that she gulped all the water without offering it to anyone. This enraged the sage Durvasa who is known for his bad temper, and the sage cursed her. He said that for 12 years she will remain separate from Lord Krishna, and so the temple is three kilometers away from the main temple of Lord Krishna. Visitors can also see the ancient chori mandap in the temple. 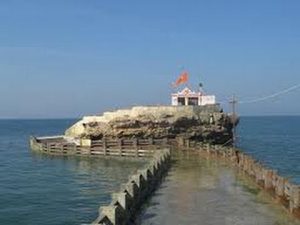 Bet means island. One can reach here from Okha, 30 kms from Dwarka. From Okha, the ferry boats bring tourists to Bet Dwarka. It takes around 20 minutes to reach the place, which is known for its variety of Shanks (conches). For Vaishnavs, shankhs bought from here have special significance. For this reason, the place also called Shankhoddhar, the place of Dhwani (sound) shakti.

The Bet is spread around a 12 km area from West South to East. The site also has archeological importance. A team of archeologists have carried out onshore and inter-tidal zone explorations and a few trial trenches were laid to trace a proper cultural sequence. The findings of Bet Dwarka may be divided into two broad periods: Proto-historic period, which includes a small seal of conch shell engraved with a three-headed animal motif, two inscriptions, a copper fishhook and late Harappan pottery (circa 1700-1400 BC); and the Historical period, consisting of coins and pottery. Onshore and inter-tidal zone explorations have indicated some kind of shoreline shifting around the Bet Dwarka Island as a few sites get submerged during high tide. 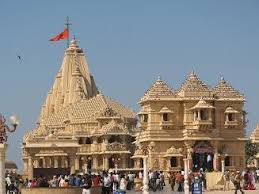 The daily puja of Laxmiji and Satyabhamaji, the two main queens (pattaranis) of Lord Krishna is taken care of by a brahmachari priest who also wears woman like jewellery on his body.

Like many other Hindu temples, this temple was also looted, in this case by the British. In the first attempt in 1851, people of the Vagher community defeated the attempt, but the second time the British succeeded. They damaged the structures of the temple and looted the jewelry worth Rs.14 crore. The devotees, however, managed to shift the idols of Dwarkadheesh and the goddesses to a nearby place. The present temple was constructed in 1860, and artisans of the area offered their labour free to build the temple.

Temple Timings: The main temple at Bet Dwarka opens at 6 in the morning and closes at 9 in the night. Total of 13 bhogs are offered and 9 artis are performed during the day. There are 16 temples in all. Even today, the bhog is prepared using wood as fuel, maintaining all traditional style. The 21.5 meter cloth is used for Dhwajarohan in the main temple and it costs around Rs. 3500. 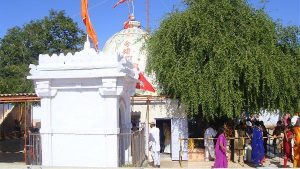 Nearby is the Hanuman Dandi Temple, where Hanuman and his son Makardhwaj had met. People have great faith in the temple and many come here for the fulfillment of their desires. The temple priest gives a sopari (beetle nut) to the devotee, and when his wish is fulfilled, the devotee comes here with the same sopari given by the priest, now with golden platting on it, and offers it to Hanumanji. Hanuman Dandi temple is 5 km away from the main temple, and local vehicles are available. — with Srilan Srisukumaran.