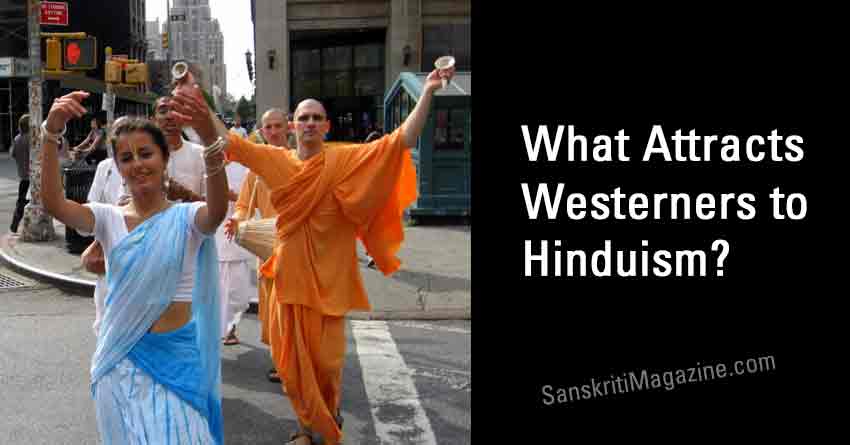 Many years ago, I received an email from one Bob H. S. The subject line called out – “Problem!”, and I opened it immediately. Bob’s problem related to the difficulty in feeling like an unwelcome outsider to the Hindu world, despite trying hard to come into the folds of Hinduism. His letter moved me so much that I want to pass on the rest of it to you:

“Since 1975, I have been interested in Eastern religions…I have explored to some extent the Hindu Tradition (“Sanatana Dharma”) by reading, especially the Bhagavad Gita…

“I remember (I am now 69), quite a few years ago, around Christmas, while I was sitting in the living room, my eyes fell on a paperback copy of The Gita, translated with commentary by Swami Prabhavananda and Christopher Isherwood. I realized that I had not read this universally honoured scripture, and that I “should”.

So, out of a sense of duty, I began to read. It was not long, but the text had seized my attention, so I could hardly stop reading…Eventually, I began to list my favorite slokas…

“I did spend some time exploring Hinduism by meeting, from time to time, a spiritual teacher of Yoga and Vedanta in New Mexico, USA. My motivations for this study were several:

“I was seeking a religion, which believed in “other powers” perhaps more than Buddhism did. Or that believes in a higher power, which is the source of life, wisdom, grace…

“The Vedantic doctrine of Brahman being the only absolute reality and the “world” as we know it, “maya”, or relative reality, if not illusion, struck a responsive chord in me.

“The fact that Hinduism seems to have a path for everyone in the four Yogas… The bhajans and chants appealed to me with their focus and feeling.

“Finally, The Gita, itself, was a great attraction…”

Bob’s problem in embracing Hinduism seems to have emanated from cultural alienation and symbolic confusion.

He confesses: “When, however, I have tried to make some form of Hinduism my main spiritual practice, I find it difficult because the forms, images, rituals seem at times “exotic” or foreign.

Hinduism “Not For All”

“One British writer of a small book on Hinduism’s basics made the point that neither Judaism nor Hinduism could ever be a “universal” religion, i.e. one that could be considered as a possible religion for all mankind. He argues that both of these two spiritual paths are so greatly tied to the culture, history, tradition, art, and life of their respective people that outsiders will find it very difficult to relate to them and make them their own spiritual paths.

“In the spring of last year, I bought a marvelous book – large, beautifully illustrated with photographs: Meeting God: Elements of Spiritual Devotion, written by Stephen P. Huyler, who is an art historian and a cultural anthropologist. He has lived in India for many years and is a great admirer of Hinduism with a real love and understanding of its devotional practices as they relate to various aspects and stages of the lives of Indians.

“After reading the book and gazing at the photographs, I really seemed to be able to understand how powerful and real Hindu devotions are to the people of India. Having said that, I, as a Westerner, still feel rather “strange” or out of place when trying to make Indian devotions mine…

“Is Indian religion, Hinduism, difficult for Westerners to enter into and make theirs? Are there ways we Westerners could get over our feelings of being outsiders?”
~ Yours Bob H. S.

A Complete Approach To Life

Is Bob’s predicament common to Westerners in general? There are 750 million Hindus in the world. And it’s believed that you’re either born a Hindu or you are not. The BBC Guide to Religions of the World points out: “Like other Eastern religions, it doesn’t fit comfortably into the same box as Western religions like Christianity. Hindus do not separate religion from other aspects of life. For Hindus in India, Hinduism is an inextricable part of their existence, a complete approach to life that involves social class, earning a living, family, politics, diet, etc., in addition to the things Westerners view as religious.” Thus, it’s natural that a non-Indian will feel like an alien in the Hindu world.

In search of Bob’s bamboozling questions on Hinduism, I stumbled upon a book entitled The Eternal Tradition – Sanatana Dharma by Dr David Frawley. The author, who is also known as Vamadeva Shastri, is one of the few Westerners ever recognized in India as a “Vedacharya” or teacher of the ancient Vedic wisdom. In this book, he addresses certain basic questions that people in the West are accosted by while interfacing with Eastern religions, particularly Hinduism.

Some people in the West believe that Eastern religions have no place in the West. According to Frawley, such people do not understand that “Eastern dharmic traditions are not religious belief systems, but universal ways of spiritual knowledge.” Then, he goes on to question, “Why should it be a problem for us if anyone finds spiritual benefit from a teaching that arises outside of their given cultural context?”

“True religion, whether it predominates in the Eastern or Western parts of the world, is not a matter of geography,” says Frawley. “All the religions of the world are followed in areas far beyond the geographical locale of their origin. Religion speaks of the ultimate issues of life and death and should orient us to the Eternal and the Universal. In this respect, Hinduism with its universal view has greater relevance for all human beings than any belief system, which divides humanity into believers and non-believers.” 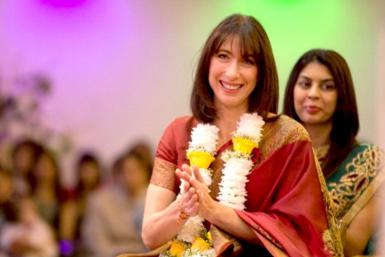 The Religion of the Earth

Frawley considers Hinduism to be a religion of the Earth, because, as he describes beautifully, “…it honors the Earth as the Divine Mother and encourages us to honor her and help her develop her creative potentials.

The deities of Hinduism permeate the world of nature…they don’t belong to a single country or book only. It is not necessary to live in India to be a Hindu. In fact, one must live in harmony with the land where one is located to be a true Hindu.

“I see Hinduism as a religion eminently suited for all lands and for all people because it requires that we connect with the land and its creatures – that we align our individual self with the soul of all beings around us.

Hinduism finds holy places everywhere, wherever there is a river, a mountain, a large rock, or big tree, wherever some unusual natural phenomenon be it a spring, a cave, or a geyser.”

What Attracts Westerners to Hinduism?

The fact that Hinduism is not like religions such as people in the West have been accustomed to, and that it offers spiritual practices outside of organized belief systems, is what attracts Westerners, who may like to adopt Yoga and Ayurveda, without having the need to become Hindus.

The teachings of the Hindu tradition do not require that you have a religious affiliation to Hinduism, but only that you live a truthful life.

“One does not have to formally become a Hindu to receive the inner teachings of Yoga and meditation. All that we need is a sincere aspiration to discover God or Truth”, says Dr Frawley, adding however, that “it can be very helpful to formally become a Hindu because it provides one a formal connection to the world’s oldest continually existing enlightenment tradition.”

Up to the Eternal Tradition!

“Becoming a Hindu is not taking on an exclusive religious belief that cuts one off from other points of view,” says Frawley. Because it’s a means of opening up to the eternal tradition of Sanatana Dharma.

Before we think that we are Westerners or Easterners, we should know that we are human beings.

“Identity is something that we are going to lose anyway. Identity is what blocks our understanding of the Eternal. Our true identity is in Consciousness, not in any cultural association,” sees Frawley.

Whatever furthers our spiritual life, we should adopt – not just Yoga or meditation, but also all forms of culture, language and practice. According to Frawley, “Whatever we take out of this attitude is not a divisive identity but a way of action in harmony with the universe. Should people recognize their connection with Sanatana Dharma and its great stream of teachers and teachings…it will strengthen our true identity in the Self and not cause us to lose anything that really belongs to us.”

Best of Both Worlds!

Therefore, concludes Frawley, “We must seek to bring together what is best in both East and West, and not merely throw them together…The greatest integration will occur when we recognize that East and West are just the two sides of our own nature wherever we are born.”