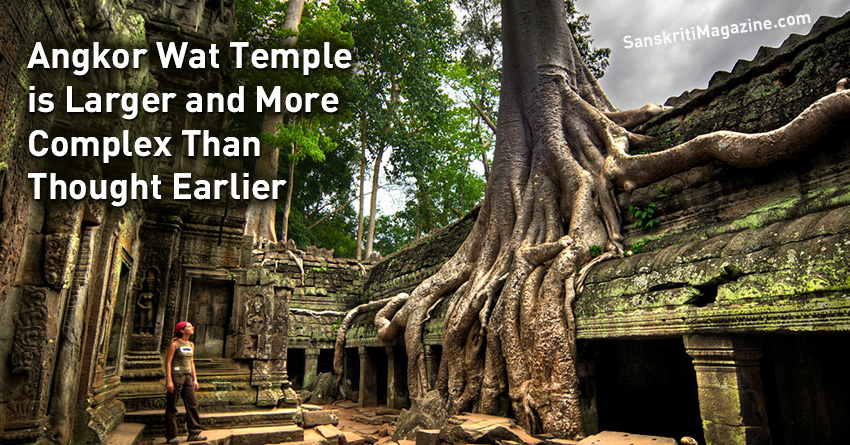 An archaeological research team has made a series of groundbreaking discoveries about the historical site of Angkor, including evidence of a more evenly spaced population, defensive reinforcements around Angkor Wat, and a huge spiraled structure that “defies explanation.”

Archaeologist Roland Fletcher, who headed the team of experts from the University of Sydney, the French School of the Far East and the Apsara Authority, said the findings challenged previous assumptions about the size of the Angkor Wat temple complex, and the significance of other temples in the area.

The findings, published online in the Cambridge University journal Antiquity this week, are predominantly the result of research conducted over the past five years using a combination of excavation, ground-penetrating radar and Lidar—a system in which distance is measured by analyzing the light that reflects off targets illuminated with lasers beamed from above.

“The old assumption about the nature of Angkor was that [it] was a series of little…cities,” Mr. Fletcher said in an interview on Wednesday. “So each major temple was viewed as the capital.”

“What the project shows was that Angkor Wat is not a lot of little separate successive towns—it’s one huge city,” he said, explaining that the extensive and highly organized grid of roads and homes extended beyond walled temple compounds and filled the space between them.

“[The temples] are all embedded in this big grid; the grid is continuous,” he said.

This discovery had major implications for the researchers’ understanding of population density.

“The occupation pattern [population distribution] was not dense. This is a relatively open, widely spaced landscape,” Mr. Fletcher said.

At Ta Prohm temple, for example, inscriptions show that the temple had a staff of 12,640. However, it was determined over the course of the research that just 2,000 people lived inside its walls. 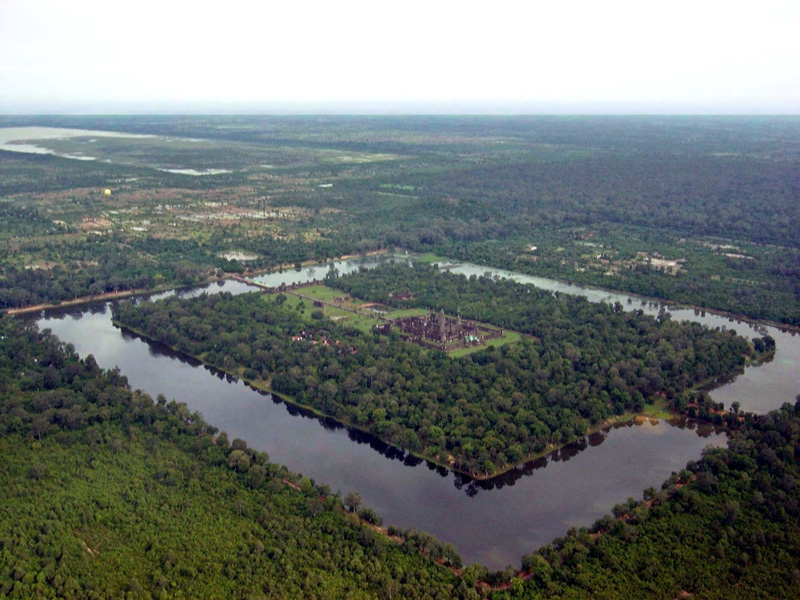 Population density was determined based on the knowledge that within the grid system, each block contained a pond and “house mounds” where up to three families lived.

“A tiny fraction of all the people who worked for Angkor Wat would have lived inside that enclosure and there are hundreds of thousands of people living all around it,” Mr. Fletcher said.

“The whole complex of Angkor Wat is much bigger than we thought it was,” he added, explaining that the team uncovered two residential blocks on either side of the site’s eastern road and another mysterious structure to the south.

The team also found that Angkor Wat was fortified long after its initial construction.

“There were big gaps through the [outer] walls of Angkor Wat. Those big gaps are blocked up with masonry that is later than Angkor Wat,” Mr. Fletcher said, adding that the additions were made about 100 years on.

“Somebody intended to defend Angkor Wat,” he said, adding that there was currently no archaeological evidence to suggest a major military attack occurred there.

But one new discovery brought more questions than answers.

The purpose of a massive structure discovered to the south of Angkor Wat, covering an area of 1500 meters by 600 meters, remains unknown.

“The huge, unique and problematic structure of the ‘rectilinear spirals,’ has never previously been recognised or even predicted, or supposed, and it still defies explanation,” says an introduction to the study.

“The structure…has, as yet, no known equivalent in the Angkorian world.”