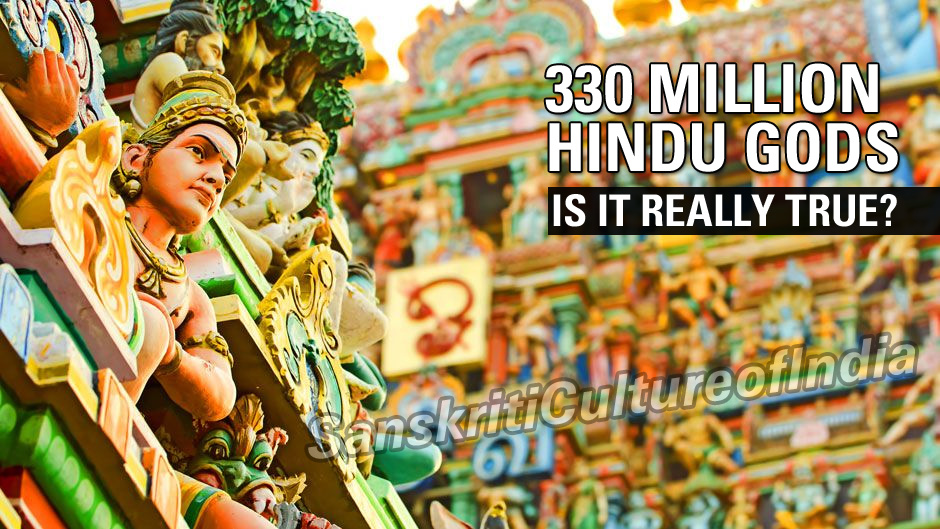 Could it be really true that there are 330 million Gods. That must be a crazy thing. Or could it be the juvenile understanding by the devout but ignorant Hindus? Does it play fodder to some of the retarded malicious minds ready to tarnish this great religion?

Let us get some deeper understanding of the Truth. Hinduism evolved never as a religion but a way of life. There were lot more spiritually awakened gurus in those ancient times. They never preached religion, a ritual and dogmatic belief system, but they wanted you to realize the divine nature of yourself. So seeking the truth in no particular manner was always encouraged. Even if you are practicing atheism.

When they talk about the divine nature of yourself they are saying what any enlightened master would say from Krishna 13000 years back to present day Nirguna Akshara they all say that you are the divine himself.

Aham Brahmasmi!
Aham Brahmasmi means “I am Brahman”. The name could vary according to the language but everything that you perceive is the consciousness. There is nothing in this universe that is not it. A stone is him, so is a tree, so is nothingness, so is Vishnu, so is Buddha, so is Shankara and so is every other Hindu deity imagined or lived. But more important don’t forget that list includes you!

Hindus as a way of life are expected to show reverence to everything that they do or come across. But with passing of time and the blunting of the intellect and evaporation of clarity has led to superstitions and insane behaviors. It has belittled the great truth. It has become a point of ridicule both within and outside Hinduism.

Non Duality means there are no two things. In other words it simply means One. Unlike other religions which separate God from you and talks about duality, Hinduism and some similar offshoots talk about Ekatva or Oneness. Tat Tvam Asi mean You are that! When you are that then count yourself in as another God and up the counter or simply know there is no one else but you as him or he as you in infinite forms.

Now you know why there are 330 million Gods. It can be infinite Gods instead aptly symbolizing the infinite consciousness SatChiAnanda timeless truth ever pervading bliss.