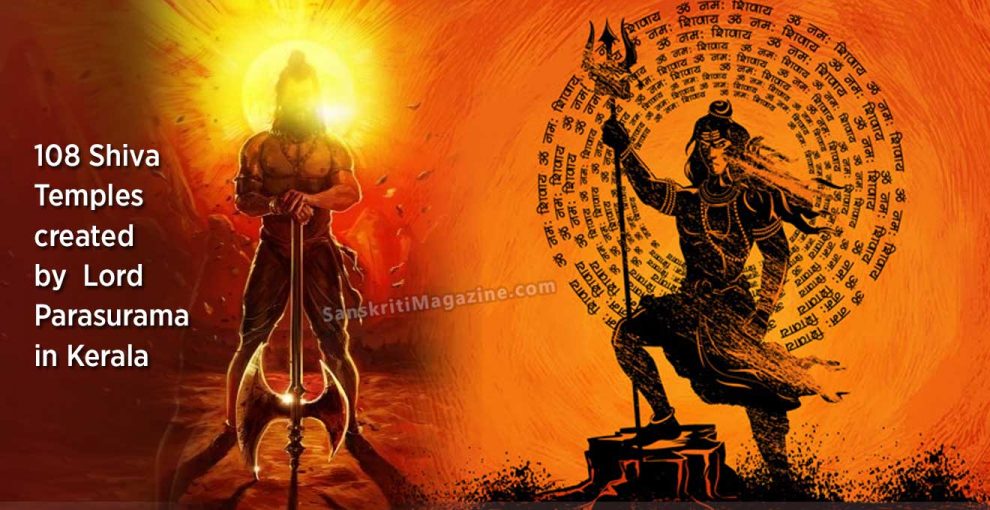 According to the legends, Lord Parasurama created the land between Gokarna and Kanyakumari. Lord Parasurama the sixth incarnation of Lord Vishnu was the son of Sage Jamadagni and Renuka. As a mark of repentance for Kshatriya Nigraha sin, Parasurama meditated at Gokarna and invoked Lord Varuna (the Lord of the Oceans). Parasurama asked him for a boon. To absolve himself of the sins he had committed, he wanted to donate some land to the Brahmins.

There was no land available because he already donated the whole land he obtained by the 21 round Kshatriya Nigraha to Sage Kashyapa. Lord Varuna told Parasurama that he would give him as much land as he wished. He told him to fling his Parasu (axe) from where he stood at Gokarna. The land from Gokarna till the point where the axe landed would be given to him was the boon that Lord Varuna promised him. The throw of the `axe’ from Gokarna to Kanyakumari created Kerala. Parasurama donated this land to the Brahmins and settled Brahmins there in 64 gramams or villages.

After the creation of these gramams, Parasurama had consecrated 108 Shiva temples and 108 Durga temples for the well-being and prosperity of the people in Kerala . Among these 216 temples, the Lord Shiva of Gokarnam Mahabaleswara Temple in the north and Goddess Kumari of Kanyakumari temple in the south were considered as the protectors of Kerala. The first Shivalaya created by Parasurama was the Thrissivaperoor Vadakkunnatha Temple and the last one was the Thrikkariyoor Mahadeva Temple.

The names of these temples were given in the famous 108 Shivalaya Nama Stothra. This stothra is written in Malayalam and is anonymous. There are many temples with the same place names. Also some old names do not exist or their names have changed. So I have included temples with the same place names as a single group in this 108 shivalayas. So in this list you can find more than 110 Shiva temples in Kerala. It is clear that this stothra was composed in Thrissur region of Kerala because 64 temples were located in this region(9 in Palakkad district, 43 in Thrissur district and 12 in Ernakulam district). District wise distribution of rest of the temples are – 4 in Thiruvanathapuram, 5 in Kollam, 3 in Pathanamthitta, 6 in Alappuzha, 11 in Kottayam, 1 in Idukki, 7 in Malappuram, 4 in Kozhikkode, 1 in Vayanad and 5 in Kannur. Now 2 temples are in Karnataka and one is in Tamil Nadu. The full version of this stothra is given below.