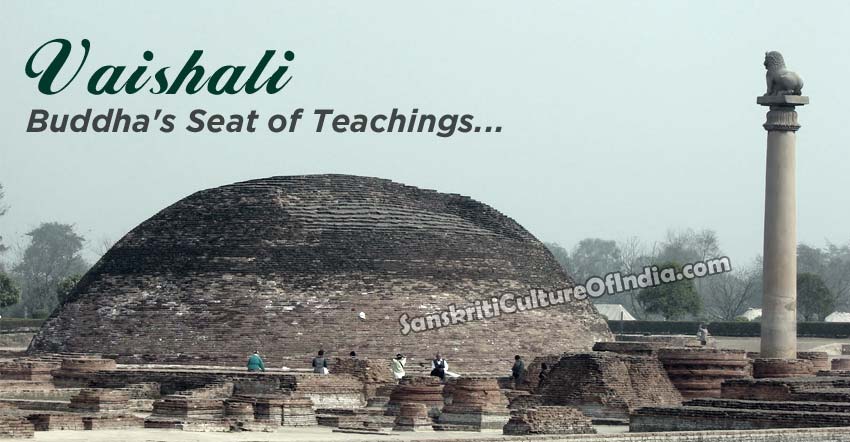 Vaishali is a tiny town in Bihar, about 63 kms from Patna. The place has great historic significance since it was here that Buddha gave maximum teachings during his lifetime, 2600 years ago. 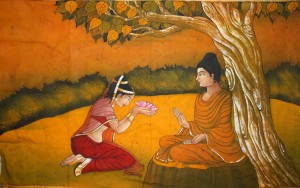 During the Buddha’s era, Vaishali was ruled by the Lichhavi Princes. Ambrapali, the famously beautiful courtesan was also from here. She surrendered to the Buddha’s teachings, later in life and became a nun. It was in Vaishali that Buddha’s aunt and step-mother Mahaprajapati Gautami approached him to found a separate sect for the women followers of Buddha. The Buddha gave in to her demands after much consideration. To mark this historic event, Sakyadhita, the world organisation for Buddhist women, chose Vaishali as their venue for their 13th Annual conference held in January 2013.

Vaishali is also significant because Buddha’s relics were buried here. After Buddha attained parinirvana, his relics were divided into eight equal parts. A casket containing one-eighth of those relics was brought to Vaishali by the Lichhavis. A stupa was erected to commemorate the sacred spot. This stupa still forms the heart of this town. A beautiful and well maintained garden has been built around it now. The relics however have been removed from their original site and are now housed in a special chamber at the Patna museum.

Vaishali also boasts of a small but well-kept archaeological museum. The museum has an array of coins and figures belonging to the ancient times.

In the centre of the town is a placid green lake that provides boat rides. To the right of the lake is a remarkable 125 metres tall World Peace Pagoda constructed by the Japanese in 1996 to mark the Hiroshima and Nagasaki tragedy. 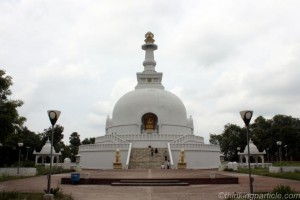 An arresting sight around Vaishali is the Kesariya stupa. Kesariya is a village 53 Kms from Vaishali. It has the oldest stupa in the world, built even before the Sanchi Stupa. The stupa is infact not fully excavated yet. From what can be seen, the stupa has eleven Buddha statues built from pink limestone placed into niches all around its diameter. Unfortunately, the heads have been plundered and each statue stands like a humble testimony to the ravages of time. Nevertheless followers of the Buddha take the arduous climb up the stupa and offer water bowls and butter lamps to the headless statues. Faith looms larger than evil here.

Visitors to Vaishali also visit the excavated remains of Kaluha – a distance of mere 10 Kms. The original Ashokan pillar with a majestic lion on its crest stands tall here. The ruins and stone votives, the mini stupas and brick thrones look enticing and enchanting. It was here that the monkey chief offered honey to the Buddha. The relics of Ananda, who was Buddha’s cousin and closest attendant lie buried at this site.

Kaluha is also famous because it is the birthplace of Lord Mahavir, the founder of Jain Dharam. A new temple in pure white marble, with breathtaking carvings is being constructed here to commemorate this landmark event.

The rest of Vaishali is dotted with monasteries built by Sri Lankan, Vietnamese and Thai monks and nuns. These monasteries are visually spectacular and lend a strangely alien facade to this sleepy agri-village. The monasteries are friendly places and often agreeable to providing basic accommodation at reasonable rates to travelers. As there is only one proper hotel in Vaishali these services come in handy when the number of tourists increases.

At Vaishali the air is light and clean, unpolluted and untarnished. Lush green fields stretch to as far as the eyes can see. And somewhere in these pristine surroundings the voice of the Buddha rides the winds blowing freely here. One can only treasure the divinity and piety of Vaishali.

Amitabha Buddha and the Pure Land
Can Buddha Laugh?
Comment