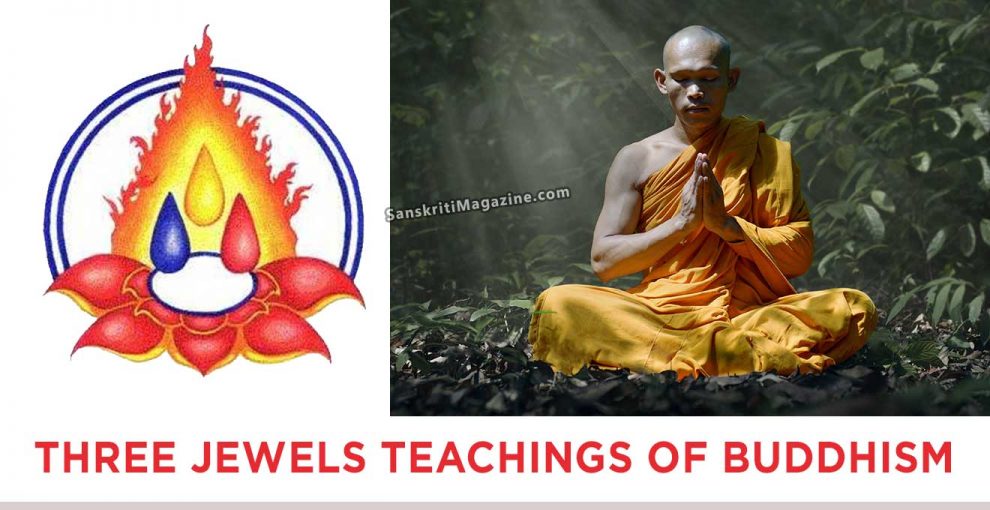 Soon after his Enlightenment the Buddha had a vision in which he saw the human race as a bed of lotus flowers. Some of the lotuses were still enmired in the mud, others were just emerging from it, and others again were on the point of blooming. In other words, all people had the ability to unfold their potential and some needed just a little help to do so. So the Buddha decided to teach, and all of the teachings of Buddhism may be seen as attempts to fulfil this vision — to help people grow towards Enlightenment.

Buddhism sees life as a process of constant change, and its practices aim to take advantage of this fact. It means that one can change for the better. The decisive factor in changing oneself is the mind, and Buddhism has developed many methods for working on the mind. Most importantly, Buddhists practise meditation, which is a way of developing more positive states of mind that are characterised by calm, concentration, awareness, and emotions such as friendliness. Using the awareness developed in meditation it is possible to have a fuller understanding of oneself, other people, and of life itself. Buddhists do not seek to ‘evangelise’ or coerce other people to adopt their religion, but they do seek to make its teachings available to whoever is interested, and people are free to take as much or as little as they feel ready for.

The ideals at the heart of Buddhism are collectively known as the ‘Three Jewels’, or the ‘Three Treasures’. These are the Buddha (the yellow jewel), the Dharma (the blue jewel), and the Sangha (the red jewel). It is by making these the central principles of your life that you become a Buddhist.

Listen to a wide range of speakers exploring the significance of the Three Jewels in their own lives.

The Buddha refers both to the historical Buddha and to the ideal of Buddhahood itself. The whole Buddhist tradition derives from the historical Buddha and all schools regard him as their root founder, guide and inspiration. Going for Refuge to the Buddha means seeing him as your ultimate teacher and spiritual example. It also means committing yourself to achieving Buddhahood – Enlightenment for the sake of all beings – which means that you aim to become someone who sees the nature of reality absolutely clearly, just as it is, and lives fully and naturally in accordance with that vision. This is the goal of the Buddhist spiritual life, representing the end of suffering for anyone who attains it.

The Dharma primarily means the teachings of the Buddha, or the truth he understood. The word ‘Dharma’ has many meanings but most importantly it means the unmediated Truth (as experienced by the Enlightened mind). As a term it also encompasses Buddhist teachings as that same Truth mediated by language and concepts. In this second sense, Dharma is the teaching that was born when the Buddha first put his realisation into words and communicated it to others at Sarnath in Northern India. The occasion is traditionally referred to as ‘the first turning of the wheel of the Dharma’, and the eight-spoked Dharma wheel is a common emblem of Buddhism.

As well as this, Dharma refers to the entire corpus of scriptures which are regarded as constituting the Buddhist canon. These include records of the Buddha’s life (known as the Pali Canon), scriptures from a later date, and the written teachings of those people who have attained Enlightenment over the centuries. The whole canon is many hundred times as long as the Bible and it represents a literature of unparalleled riches. It includes works such as The Dhammapada, The Diamond Sutra, and The Tibetan Book of the Dead.

Another meaning of Dharma is the practices which are outlined within the scriptures. Despite the wealth of its literature the essence of Buddhism is very simple: it is finding ways to transform oneself. It could be summed up as ‘learning to do good; ceasing to do evil; purifying the heart’ (as The Dhammapada says).

Regarding the Dharma as a refuge means seeing these teachings as the best guide to reality, and committing yourself to practising them. The Triratna approach emphasises the central teachings that are common to all the main schools. These teachings emphasize the development of mindfulness and kindness, examining our actions in the light of our ethical values, and seeing how our thoughts condition our lives.

As the Buddha’s central teachings are explored, they connect with the great Buddhist qualities of wisdom and compassion. Sincere engagement with basic Buddhist practices offers a context for understanding and engaging with the deeper teachings of Buddhism. As Sangharakshita asserts: ‘There are no higher teachings, only deeper realisations.’

Our approach is radical in the sense that it gets back to the animating spirit and the foundational teachings. Any element of that tradition can be an inspiration to the extent that it is an expression of the Dharma. Today people can be said to be heirs to the whole Buddhist tradition – an incomparable store of spiritual experience and guidance.

Listen to different presentations of our approach to the Dharma. Read What Is The Dharma? by Sangharakshita.

All of us need other people to learn from. If we are to practise the Dharma we need the example and teaching of others who have done so before us, especially those who have gained insight into the nature of reality themselves. So the third of the Three Jewels is the Sangha or the spiritual community.

More broadly ‘sangha’ also refers to the people with whom we share our spiritual lives. We need the guidance of personal teachers who are further along the path than we are, and the support and friendship of other practitioners. This is very important because Buddhism is not an abstract philosophy or creed; it is a way of approaching life and therefore it only has any meaning when it is embodied in people. And in the broadest sense the Sangha means all of the Buddhists in the world, and all those of the past and of the future.

Beyond this, the ideals of Buddhism find their embodiment in archetypal figures known as Bodhisattvas. For example, Avalokitesvara is the embodiment of Compassion, and he is depicted with four, eight, or a thousand arms with which he seeks to help all living beings; Manjusri is the embodiment of Wisdom and he is depicted carrying a sword with which he cuts through ignorance. Together the Bodhisattvas and the other Enlightened teachers are known as the Arya Sangha or community of the Noble Ones.

Listen to Dharma practitioners exploring Sangha, and accounts of the many Buddhas and Bodhisattvas.

The Buddha once said that kalyana mitrata – spiritual friendship or ‘friendship with what is beautiful’ – is the whole of the spiritual life. Our community takes these words to heart. Kalyana mitrata, one might say, is the whole of the Triratna Buddhist Community. Triratna centres are not simply places for teaching the techniques of meditation, or imparting information about Buddhism. When a person first attends a Triratna centre, they are considered a Friend. They may take part in all the public activities of the centre, including meditation classes, the study and practice of Buddhism, arts events and so on. There is no obligation or pressure to take their involvement further, and some people remain as Friends for many years. For those who want it, however, there is the opportunity to get to know other practitioners and strengthen those connections. The community’s structures can all be seen as a framework for kalyana mitrata and friendship.

At the heart of the Triratna Buddhist Community is the Triratna Buddhist Order. The Order is neither lay nor monastic; some Order members have families, while at the other end of the spectrum some are celibate practitioners known as anagarikas. Others may live and work in Triratna’s residential communities and team-based working situations. Sharing your living or working life with other Buddhists can create very supportive conditions for spiritual practice. The crucial thing is the spiritual commitment Order members have made, not the lifestyle they follow. Above all they try to share their spiritual lives, and co-operate in practising and spreading the Dharma. The Order is open to any man or woman (irrespective of age, race, class, gender, sexuality, caste, or any other such criterion) who is sincerely and effectively committed to practising the Dharma.

Why is Ram misogynist, but not the Buddha?
Comment