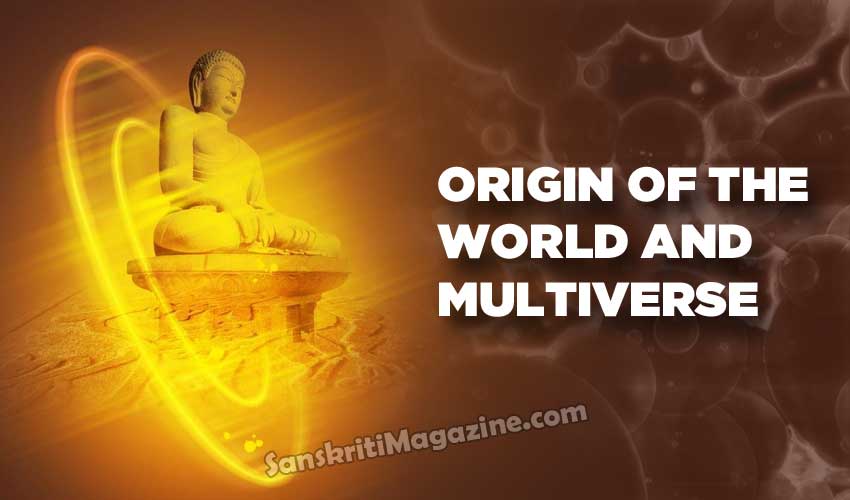 ‘There is no reason to suppose that the world had a beginning at all. The idea that things must have a beginning is really due to the poverty of our thoughts.’

The Origin of the World

There are three schools of thought regarding the origin of the world. The first school of thought claims that this world came into existence by nature and that nature is not an intelligent force. However, nature works no its own accord and goes on changing.

The second school of thought says that the world was created by an almighty God who is responsible for everything. 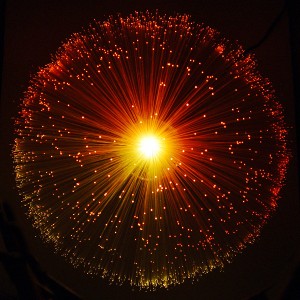 Modern science says that some millions of years ago, the newly cooled earth was lifeless and that life originated in the ocean. Buddhism never claimed that the world, sun, moon, stars, wind, water, days and nights were created by a powerful god or by a Buddha. Buddhists believe that the world was not created once upon a time, but that the world has been created millions of times every second and will continue to do so by itself and will break away by itself. According to Buddhism, world systems always appear and disappear in the universe.

The efforts made by many religions to explain the beginning and the end of the universe are indeed ill-conceived. The position of religions which propound the view that the universe was created by god in an exactly fixed year, has become a difficult one to maintain in the light of modern and scientific knowledge.

Today scientists, historians, astronomers, biologists, botanists, anthropologists and great thinkers have all contributed vast new knowledge about the origin of the world. This latest discovery and knowledge is not at all contradictory to the Teachings of the Buddha. Bertrand Russell again says that he respects the Buddha for not making false statements like others who committed themselves regarding the origin of the world.

The speculative explanations of the origin of the universe that are presented by various religions are not acceptable to the modern scientists and intellectuals. Even the commentaries of the Buddhist Scriptures, written by certain Buddhist writers, cannot be challenged by scientific thinking in regard to this question. The Buddha did not waste His time on this issue. The reason for His silence was that this issue has no religious value for gaining spiritual wisdom. The explanation of the origin of the universe is not the concern of religion. Such theorizing is not necessary for living a righteous way of life and for shaping our future life. However, if one insists on studying this subject, then one must investigate the sciences, astronomy, geology, biology and anthropology. These sciences can offer more reliable and tested information on this subject than can be supplied by any religion. The purpose of a religion is to cultivate the life here in this world and hereafter until liberation is gained.

In the eyes of the Buddha, the world is nothing but Samsara — the cycle of repeated births and deaths. To Him, the beginning of the world and the end of the world is within this Samsara. Since elements and energies are relative and inter-dependent, it is meaningless to single out anything as the beginning. Whatever speculation we make regarding the origin of the world, there is no absolute truth in our notion.

One day a man called Malunkyaputta approached the Master and demanded that He explain the origin of the Universe to him. He even threatened to cease to be His follow if the Buddha’s answer was not satisfactory. The Buddha calmly retorted that it was of no consequence to Him whether or not Malunkyaputta followed Him, because the Truth did not need anyone’s support. Then the Buddha said that He would not go into a discussion of the origin of the Universe. To Him, gaining knowledge about such matters was a waste of time because a man’s task was to liberate himself from the present, not the past or the future. To illustrate this, the Enlightened One related the parable of a man who was shot by a poisoned arrow. This foolish man refused to have the arrow removed until he found out all about the person who shot the arrow. By the time his attendants discovered these unnecessary details, the man was dead. Similarly, our immediate task is to attain Nibbana, not to worry about our beginnings.

In the light of modern, scientific discoveries, we can appreciate the limitations of the human world and the hypothesis that other world systems might exist in other parts of the universe.

The existence of these other-world systems is yet to be confirmed by modern science. However, modern scientists are now working with the hypothesis that there is a possibility of other forms of life existing on other planets. As a result of today’s rapid scientific progress, we may soon find some living beings on other planets in the remotest parts of the galaxy system. Perhaps, we will find them subject to the same laws as ourselves. They might be physically quite different in both appearance, elements and chemical composition and exist in different dimensions. They might be far superior to us or they might be far inferior. 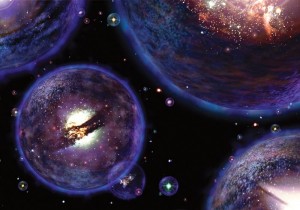 Why should the planet earth be the only planet to contain life forms? Earth is a tiny speck in a huge universe. Sir James Jeans, the distinguished astrophysicist, estimates the whole universe to be about one thousand million times as big as the area of space that is visible through the telescope. In his book, The Mysterious Universe, he states that the total number of universes is probably something like the total number of grains of sand on all the sea shores of the world. In such a universe, the planet Earth is only from the sun which takes a seventh of a second to reach the earth, takes probably something like 100,000 million years to travel across the universe! Such is the vastness of the cosmos. When we consider the vastness of the many universes making up what is popularly known as ‘outer space’, the hypothesis that other-world systems might exist is scientifically feasible.

In the light of modern scientific discoveries, we can appreciate the limitations of the human world. Today, science has demonstrated that our human world exists within the limitations of the vibrational frequencies that can be received by our sense organs. And science has also shown us that there are other vibrational frequencies which are above or below our range of reception. With the discovery of radio waves, X-rays, TV waves, and micro waves, we can appreciate the extremely limited vision that is imposed on us by our sense organs. We peep out at the universe through the ‘crack’ allowed by our sense organs, just as a little child peeps out through the crack in the door. This awareness of our limited perception demonstrates to us the possibility that other world systems may exist that are separate from ours or that interpenetrate with ours.

As to the nature of the universe, the Buddha said that the beginning and ending of the universe is inconceivable. Buddhists do not believe that the world will suddenly end in complete and utter destruction. There is no such thing as complete destruction of the whole universe at once. When a certain section of the universe disappears, another section remains. When the other section disappears, another section reappears or evolves out of the dispersed matters of the previous universe. This is formed by the accumulation of molecules, basic elements, gas and numerous energies, a combination supported by cosmic impulsion and gravity. Then some other new world systems appear and exist for sometime. This is the nature of the cosmic energies. This is why the Buddha says that the beginning and the end of the universe is inconceivable.

It was only on certain, special occasions, that the Buddha commented on the nature and composition of the universe. When he spoke, He had to address Himself to the understanding capacity of the inquirer. The Buddha was not interested in this kind of metaphysical speculation that did not lead to the higher spiritual development.

Buddhists do not share the view held by some people that the world will be destroyed by a god, when there are more non-believers and more corruptions taking place amongst the human beings. With regard to this belief people can ask, instead of destroying with his power, why can’t this god used the same power to influence people to become believers and to wipe out al immoral practices from men’s mind? Whether the god destroys or not, it is natural that one day there will be an end to everything that comes into existence. However, in the language of the Buddha, the world is nothing more than the combination, existence, disappearance, and recombination of mind and matter(nama-rupa).

In the final analysis, the Teaching of the Buddha goes beyond the discoveries of modern science however startling or impressive they may be. In science, the knowledge of the universe is to enable man to master it for his material comfort and personal safety. But the Buddha teaches that no amount of factual knowledge will ultimately free man from the pain of existence. He must strive alone and diligently until he arrives at a true understanding of his own nature and of the changeable nature of the cosmos. To be truly free a man must seek to tame his min, to destroy his craving for sensual pleasure. When a man truly understands that the universe he is trying to conquer is impermanent, he will see himself as Don Quixote fighting windmills. With this Right View of himself he will spend his time and energy conquering his mind and destroying his illusion of self without wasting his effort on unimportant and unnecessary issues.

Vedic roots of Buddhism
Think before you speak
Comment