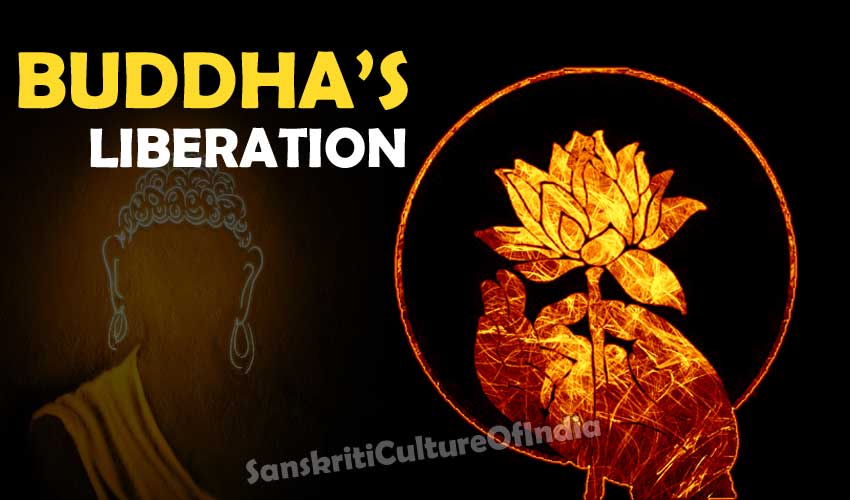 Many many years ago, there was a village in the Himalayas where the inhabitants were primarily Buddhists. The village was completely isolated from the rest of the world and had a very peaceful and self-sufficient existence. Due to the altitude at which the village was located, the winters here were long and severe. The summer months were the time when the villagers would collectively gather, grow and store firewood and food to help tide the long winter months.

At the center of village was located a small monastery housing a prized, very ancient and tall wooden statue of Buddha. Besides being the center of daily prayers, the monastery offered much needed protection to the people and the supplies during storms and inclement weather. Every day the monastery’s head Lama along with all the people from the village would participate in a worship ritual of the Buddha statue. The 89 year old Lama would personally lead the weekly bathing and adorning ritual with extreme devotion and reverence. Needless to say, Lama was the inspiration, leader and guide to all the village inhabitants. Everybody knew that the Lama’s own inspiration was this statue of Buddha – his life force as it were. Grapevine had it that the Buddha statue even talked and communicated with the Lama in the silence of the night.

One year the winter arrived early and not enough food or firewood could be collected. As if the early arrival was not enough, the winter turned out to be the harshest the village had ever experienced. The oldest villagers said that the tyranny of storms they were experiencing this year far exceeded any they had seen themselves or heard from their grandfathers. To conserve, everybody gathered in the monastery and sparingly used the leftover firewood. But the weather did not let up and eventually the last piece of firewood was burnt and used up. The cold got worse and the people huddled up in their blankets and shawls. The paucity of food was adding to the difficulty.

Every piece of wood available had now been used and the only firewood remaining was from the statue of Buddha alone – but nobody dare ask the Lama, who had been meditating in his room for days. Finally when death stared directly in their faces and they could not take it any more, the villagers voted that the oldest man from the village should go to the Lama and ask for his counsel. The old man went to the Lama’s quarters and mustered enough courage to bring the Lama out of his meditation. With a quivering voice he explained the situation and said, “We have used up all the firewood we have. We have even used our furniture and children’s toys. There seems no hope of survival. We are sure to die. You have to guide us or else all of us will perish. What should we do?” The Lama looked lovingly at him and got up from his bed. He quietly walked towards the center worship hall with the old man following him like a baby. The Lama reached the hall where the villagers were huddled up. He looked up at the statue with love overflowing from his eyes. He walked up and started reverently removing all the ornaments from the statue after which he patiently disassembled the statue. As the villagers looked on in disbelief, the Lama, without any doubt or hesitation, took pieces of wood from what was the head of the statue of Buddha and carefully placed them on the smoldering remains of the fire. And within minutes the fireplace was alive once again, giving life-giving heat to everybody. As the Lama started to walk back to his quarters, he smiled and said softly –

“Today our beloved Buddha decided to be one with all of us”.