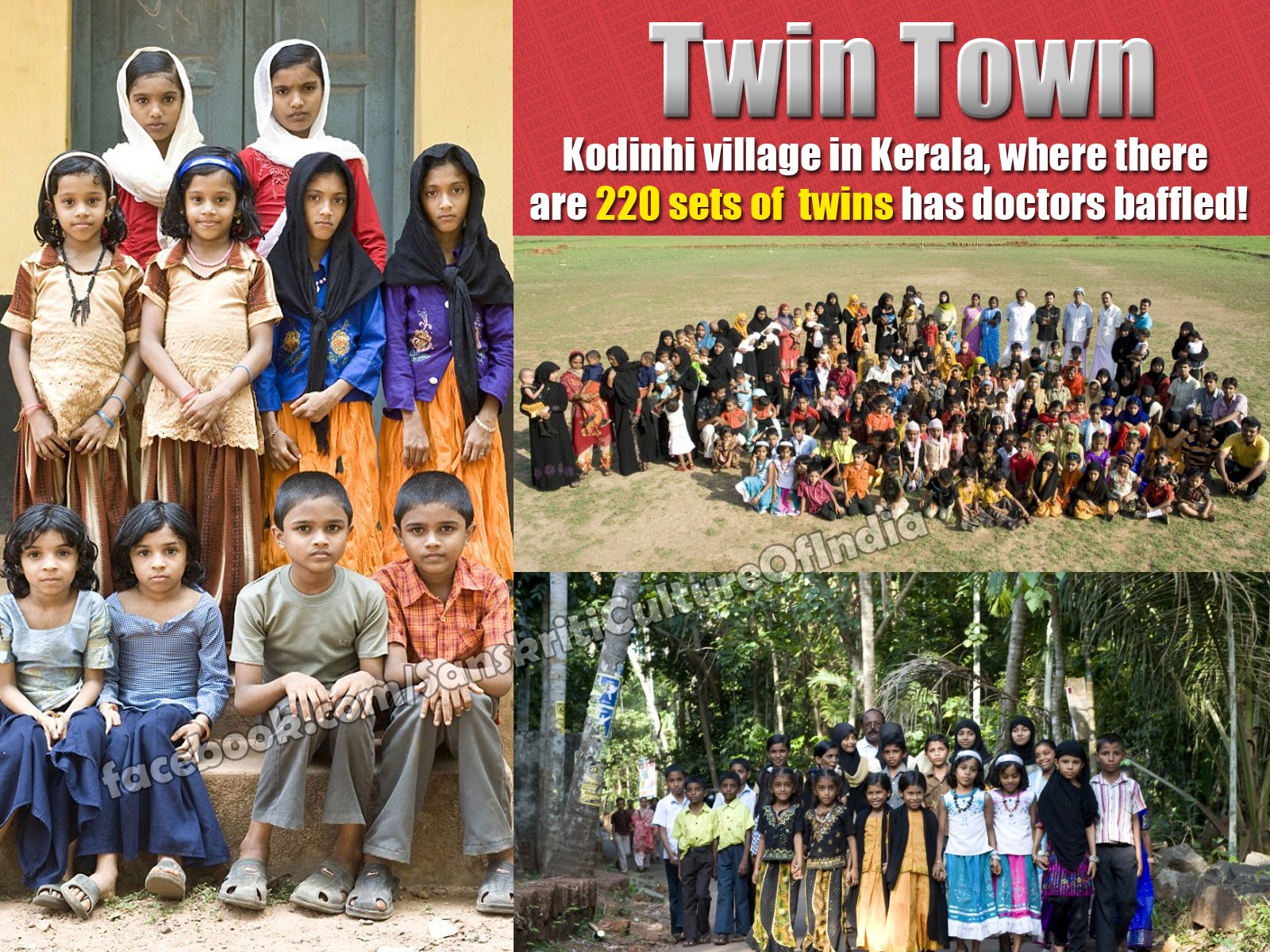 Baffled doctors are trying to unravel the mystery of The village of Kodinhi situated about 35 km south of Calicut which is home to about 2000 families.

Experts who have visited the remote tropical village of Kodinhi, in Kerala, have been left scratching their heads over the phenomenon that has seen almost six times as many twins born than the global average.

The village has a Muslim majority and is known for its very high rate of twin births. As of 2009 the village boasted of 220 sets of twins (440 individuals) and two sets of triplets officially.

In the last five years alone up to 60 pairs of twins have been born – with the rate of twins increasing year-on-year.

Local doctor and twin enthusiast Dr Krishnan Sribiju has been studying the medical marvel of Kodinhi for the past two years. He believes this number to be higher in the range of 300 to 350 pairs. He says this phenomenon began three generations ago and the numbers have been increasing exponentially with each passing year.

Another fact that bucks the trend is that even women from Kodinhi who are married off to faraway places have exceptionally high rates of twin births. The fact that a large percentage of these twins are under the age of 20, the potential for mischief is enormous, the most common being that they often swap classes in school.