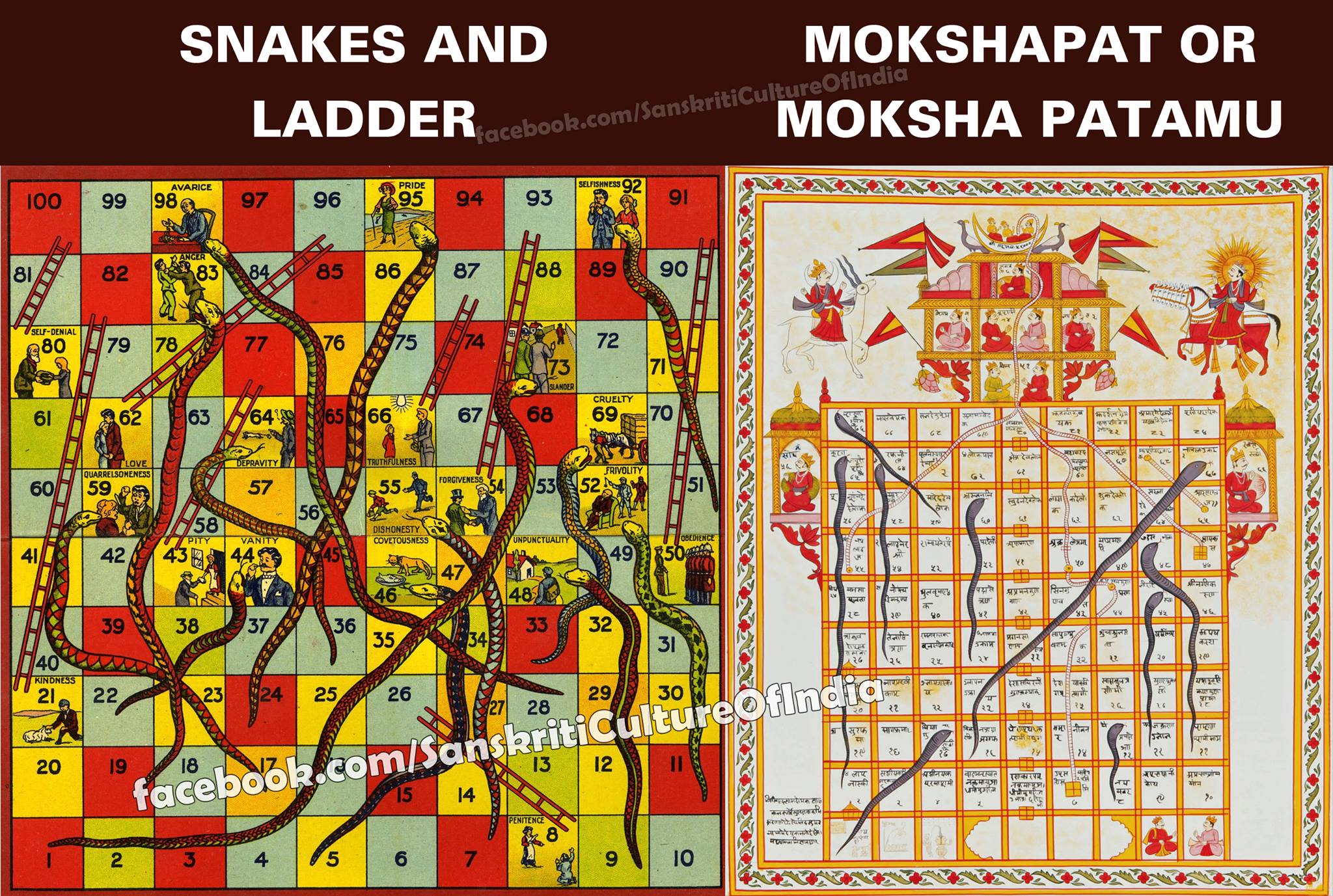 The board game, today called Snakes and Ladders, originated in ancient India, where it was known with the name Mokshapat or Moksha Patamu.

It’s not exactly known when or who invented it, though it’s believed the game was played at a time as early as 2nd century BC. According to some historians, the game was invented by Saint Gyandev.

Originally, the game was used as a part of moral instruction to children. The squares in which ladders start were each supposed to stand for a virtue, and those housing the head of a snake were supposed to stand for an evil. The snakes outnumbered the ladders in the original Hindu game. The game was transported to England by the colonial rulers in the latter part of the 19th century, with some modifications.

Through its several modifications over the decades, however, the meaning of the game has remained the same — ‘that good deeds will take people to heaven (Moksha) while evil deeds will lead to a cycle of rebirths in lower form of life (Patamu).

The modified game was named Snakes and Ladders and stripped of its moral and religious aspects and the number of ladders and snakes were equalized. In 1943, the game was introduced in the US under the name Chutes and Ladders.