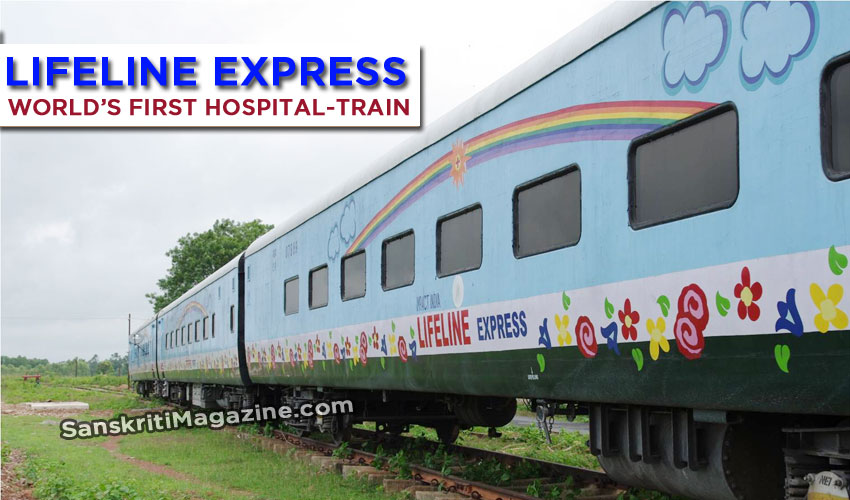 Established in 1991, the train has travelled the length and breadth of the country, bringing medical aid and relief to the most far-flung, inaccessible areas.  The Lifeline express was started to provide on-the-spot diagnostic, medical and advanced surgical treatment for preventive and curative interventions for disabled adults and children for outreach into inaccessible rural areas where medical services are not available.

Commonly called the Magic Train of India, Lifeline Express completed 23 years of service, having launched on July 16, 1991.  The train, is the flagship of Impact India Foundation, in partnership with the Indian Railways and the Health Ministry.  Equipped with a state-of-the-art operation theatre, surgeons on board the train have performed countless disability correction surgeries for cleft lips, polio affected limbs and cataract removals.  It also teaches surgeons, working in smaller towns, the finer skills of micro-surgery.

Over almost 23 years, the train has travelled to numerous parts of India, be it Bihar, Maharashtra, West Bengal, Madhya Pradesh or Kerala.   The projects in various states are sponsored by organisations, both private and public.

On average, 5,500 patients register for treatment at each of the 12 annual projects.  Some 90% are provided with free treatment, while the remainder are referred to nearby hospitals. Since Impact India, an NGO, started the train in 1991, an estimated 800,000 people have received treatment and approximately 85,000 operations have been performed. The success rate is a staggering 100% due to Impact’s partnerships with local sponsors and district health services that ensure monitoring and follow-up at each location.

The pristine train has two shiny carriages that function as sterile operating theatres – one with two tables and the other with three. There are air-conditioned offices, a kitchen and a waiting area fitted with closed-circuit cameras. A dormitory houses a few of the eleven permanent staff: two cooks, six theatre assistants and a driver, all of whom are paid by Impact.

According to Impact India, Lifeline Express has become a model for transfer of appropriate technology to other countries to set up similar projects in China, Central Africa and river boat hospitals in Bangladesh and Cambodia.

(The Impact India Foundation was founded by the Late Mr. A.H. Tobaccowala, who passed away in 2010.)

IMPACT INDIA FOUNDATION ANNOUNCES ITS 159TH PROJECT OF THE LIFELINE EXPRESS, THE WORLD’S FIRST HOSPITAL ON A TRAIN, AT PALGHAR RAILWAY STATION, MAHARASHTRA, FROM JANUARY 10 TO 30, 2015.

The Lifeline Express has medically served one million patients in rural India, all free of cost. This has been made possible with the volunteered services of lakhs of doctors and surgeons from around the world. The 159th project will serve the disabled for the restoration of sight, hearing, facial deformities (Cleft Lips), Orthopaedics, and treatment of Epilepsy and Dental problems. Gynaecological and Paediatrics checkups will also be held. This will be the very first time that the newly formed Palghar District, which has a predominantly Tribal population, will receive the services of the Lifeline Express.

Sponsors: IDBI Capital Market Services Ltd, a wholly owned subsidiary of IDBI Bank, with the support of Indian Railways, Government of Maharashtra, the District Administration, the Indian Dental Association and others.

SCHEDULE OF THE LIFELINE EXPRESS AT PALGHAR STATION, WESTERN RAILWAY:

Paediatrics:  Checkups and Treatment from 10th to 13th January.

Gynaecology: Checkups and Treatment from 10th to 13th January.

Hearing: Screening from 22nd to 26th January. Surgery from 23rd to 30th January. 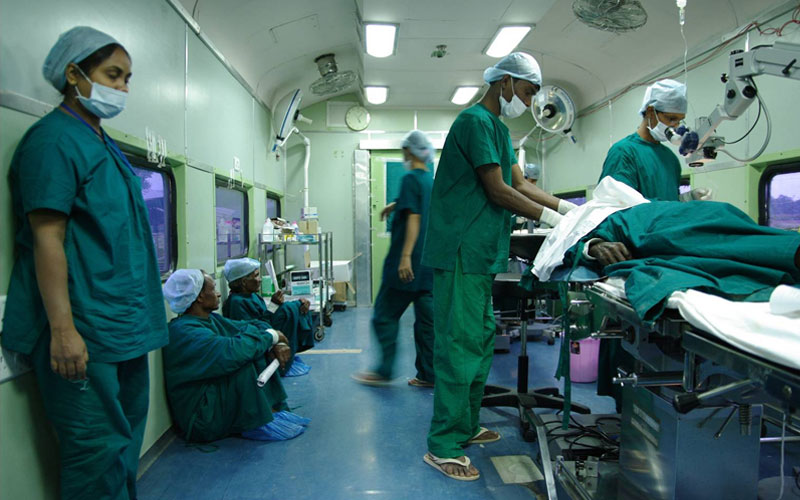 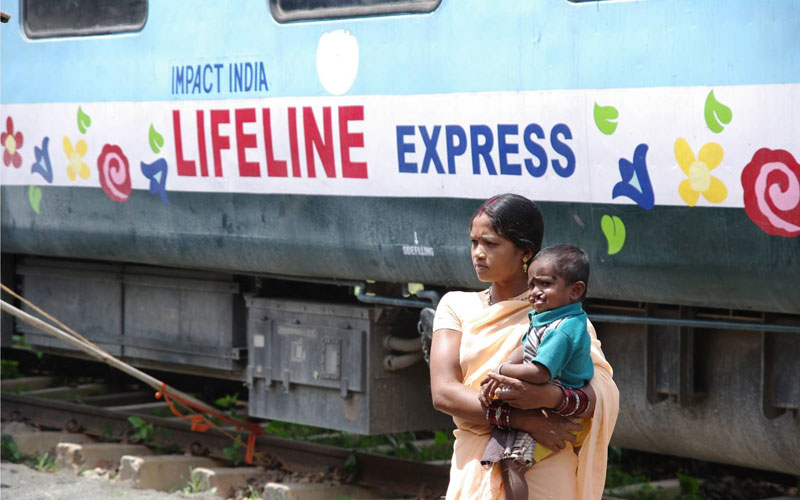 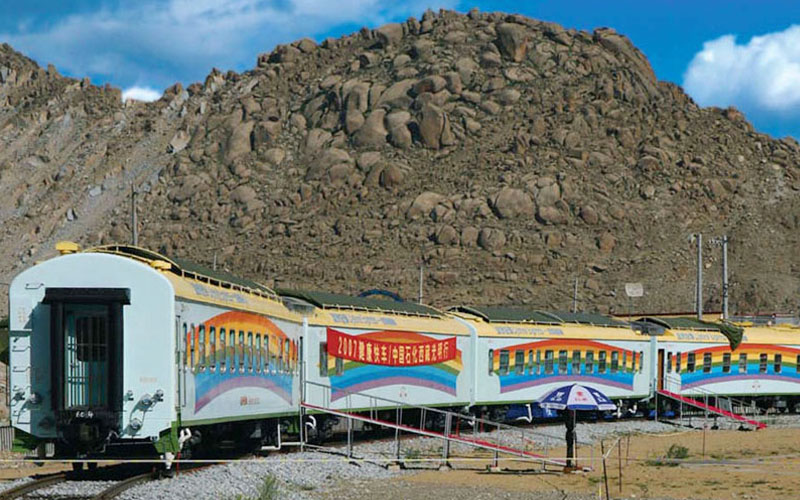 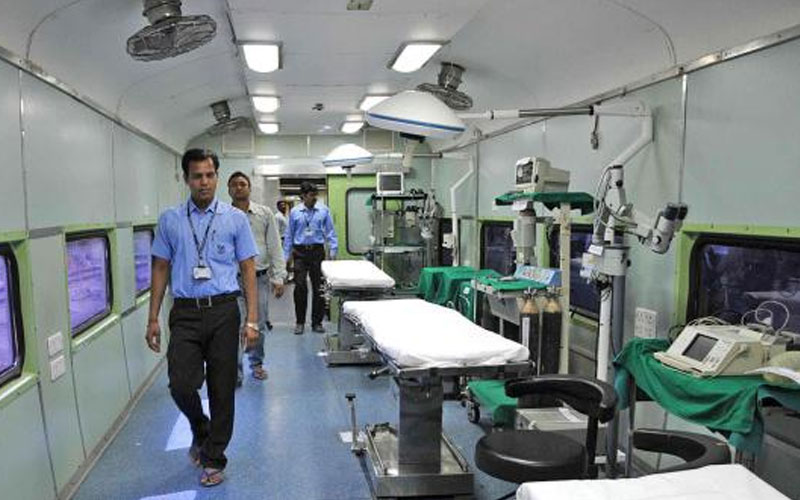 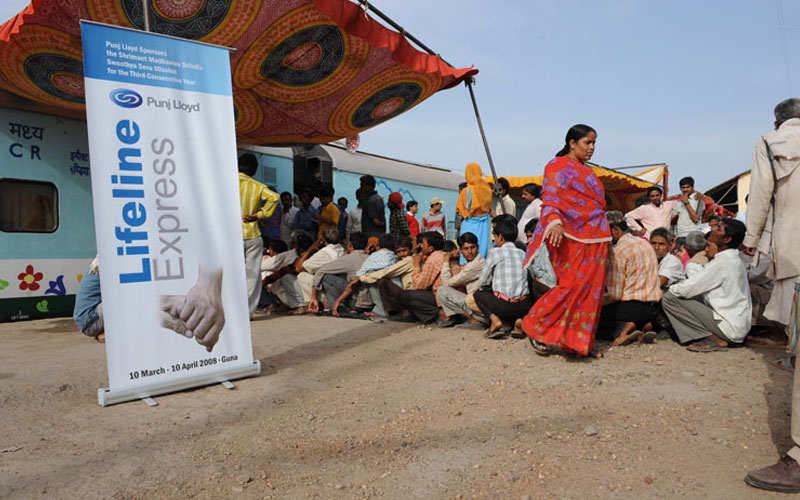 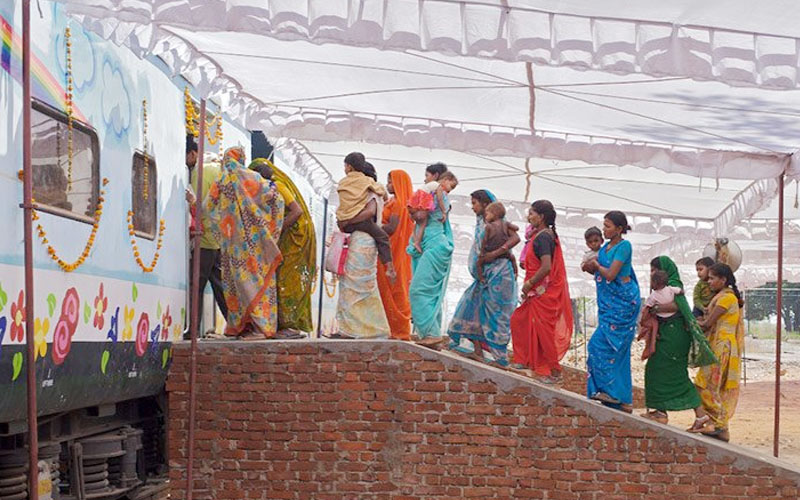