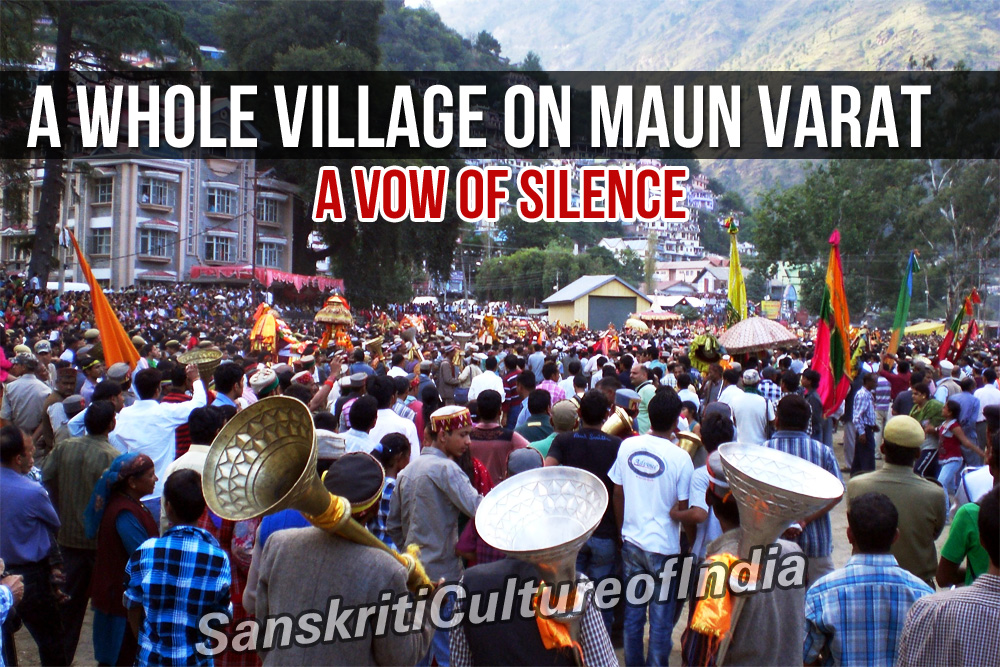 Shhh!! don’t make noise as the gods are meditating.

Villagers of Goshal and nine tiny hamlets spread on the outskirts of this Himachal Pradesh tourist resort in Kullu district started observing silence from Tuesday for 42 days. They even stopped their routine chores, including working in the fields, that make noise. They believe their noise will disturb their gods, who have returned to heaven and are in deep meditation. (The people of the area believe their gods reside in the temples here.)

Every year, life in these villages – with a population around 10,000 – almost comes to a grinding halt for 42 days from Makar Sankranti that falls on Jan 14. The locals stop listening to music, watching television and even tilling their lands. Even the ringtones of their mobiles are in the silent mode.  ”This is an auspicious period when our deities return to the heaven for mediation. Their disturbance can bring bad luck for us,” temple ‘kardar’ or priest Hari Singh said.  The temple of Gautam Rishi, Ved Vyas Rishi and Kanchan Nag, a serpent deity, is located in Goshal village, just four kilometres from upper Manali.  Legend has it that Rishi Gautam, the chief deity, had mediated where the temple is now located. 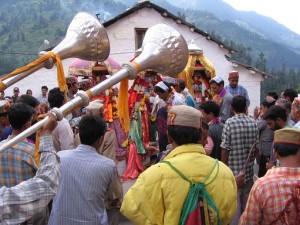 The doors of the temple are closed annually on Makar Sankranti and will be reopened after the return of the deities from their 42-day-long sojourn. During this period, no religious ceremony is performed in the temple.  As per tradition, the locals start their routine activities and ceremonies like marriage when the deities return.  Even outsiders in these villages are warned not to make any noise.  ”We even stop tilling land and using iron implements in the fields. Even watching television and listening to music are barred,” said local Ved Thakur.  The area is known for growing delicious apples and maize.  According to legend, the temple is closed after spreading mud inside.   It’s a belief that when the temple is reopened and a flower surfaces on the spread mud, it symbolizes happiness for the villagers.   If a charcoal appears, it indicates that the village is in store for some fire-related tragedy and in case of grain, it indicates a good harvest.

“When the doors are re-opened on Feb 26, a prediction will be made on the basis of the sacred mud spread inside the temple,” the priest said.  But this is a time when social culture blooms.  ”The entire village womenfolk huddle together at one place and stitch clothes and knit woollens for the next season,” said octogenarian Brajeshwari Devi of Palchan village.  ”This is the best period for socialising, but without noise. It really offers a break from the routine chores like tilling land and collecting fodder,” she added.  The picturesque Kullu Valley is known for its local demigods and ancient shamanistic traditions that govern the lives of the ethnic communities.  Every village has several resident “gods” and “goddesses” – who are invoked as living deities.

The conduit between the mortals and the deities is the “gur” – the traditional shamans of Himachal – who form the core of the communities’ spiritual sustenance. The “gur” mediates between the people and the gods.

Not Taj Mahal, Not A Tomb
Snakes and Ladders is an ancient Indian board game…
Comment