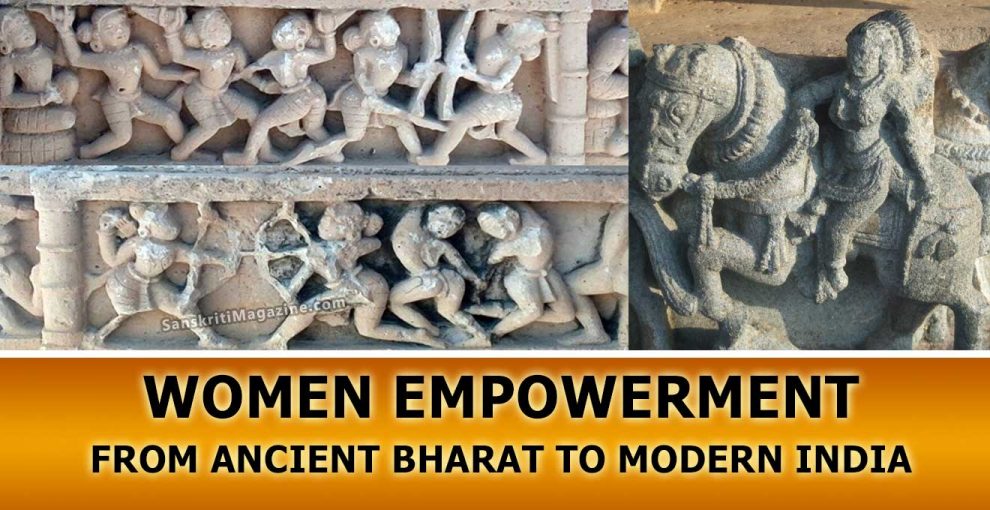 Women empowerment! This very phrase will transport you to a terrain of mixed views; the weight will shift more to what we perceive with our eyes and what the media infuses us with! And there is no dearth of literature in the digital world. Just a click or a touch with your fingertip and there you are, surrounded by an ocean of both positive and negative news and information.

To begin with, consider the Constitution of India. It gives equal rights to women like the right to vote, right to equality, etc. In fact, there is a provision in Article 15 (Clause 3) that empowers the state for making special provisions in favor of women and children. Look at the world around you – that women is empowered is evidenced by their prevailing presence in courts and public office space, corporate houses and Parliament, and what not! Name entrepreneurs and scientists, writers and social activists, actors and directors: they are there everywhere! A housewife, a mother – they are the strongest, raising a whole family, a whole household!

In ancient India, women enjoyed equal status with men. They were educated. They were trained in the art of warfare by choice. The Rigved finds mention about a warrior queen Vishpala, who is trained in the art of warfare. She loses a leg in battle; an iron leg revives her spirit and she resumes her battlefield exploits. A true example of women empowerment! The character of Vishpala is further explored by Saiswaroopa Iyer in her book Avishi, which was recently released. 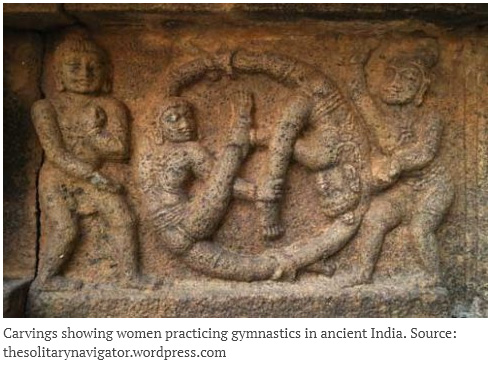 Furthermore, in ancient India, women had the freedom to choose their husbands at a matured age. Everyone is familiar with the concept of Swayamvar wherein a woman has the liberty to select the husband of her choice from amongst a group of suitors. Sita married Ram after the latter lifted the Shiv Dhanush (Lord Shiva’s bow) and twined it. No other princes in the list of suitors could lift it. Damayanti, who married Nal, king of the Nishadha kingdom, through Swayamvar, finds mention in the Vana Parva of the Mahabharat. Few other names worth mentioning here are Kunti, Draupadi, Sanyogita, and the list goes on.

Women empowerment in the field of education during the 7th to 8th century is corroborated by Yajnavalkya’s welcoming of the participation of women in Vedic studies. Yajnavalkya was a Vedic scholar and philosopher; he was the one who coined the term Advaita. He was a scientist of the self, propounding his ideas on karma and rebirth, love and soul, and spiritual liberation. He married Katyayani and Maitreyi; the latter’s interest in studies led her become a scholar in metaphysics. Maitreyi often involved in theological dialogues with her husband. Yajnavalkya even dedicated his most significant philosophical ideas to two women, namely Gargi and Maitreyi, in the form of dialogues. Gargi and Maitreyi find mention in the Brihadaranyaka Upanishad. 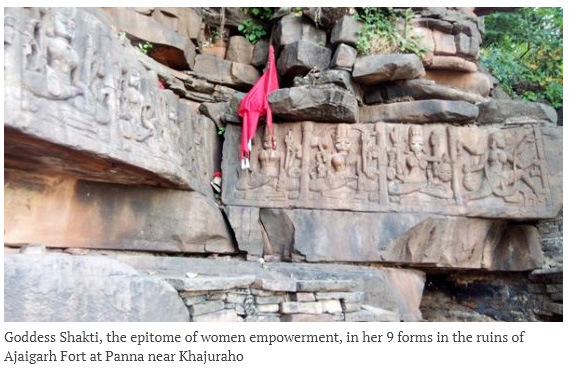 In the medieval and later period, we have Rani Rudrama Devi of Warangal; she defied the male counterparts of her times. Chennamma, the queen of Keladi, fought like Goddess Shakti in the battlefield; she ruled for 25 years. Velu Nachiyar, the queen of Sivagangai, presently parts of Tamil Nadu, happens to be the first queen in the history of India to wage a successful war against the British! Velu Nachiyar was trained in martial arts, use of war weapons, archery, and horse riding. She was an expert in Silambam (fighting using stick). When Laxmibai became queen of Jhansi, the kingdom had an army of around 5,000 men. She added a regiment of women. An excellent horse rider, she herself drilled and trained them. Jhalkaribai, who wasn’t a warrior by birth, became a commandant in her army. They are archetypes of women empowerment! 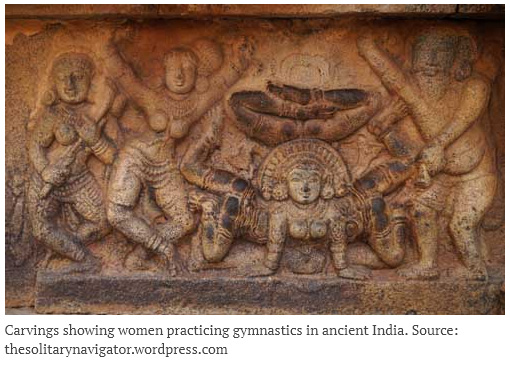 The status of women saw a gradual decline with Islamic invasion and later the British. Such was the effect of their rule that women’s rights and freedom were curtailed. They started getting exploited. Practices like child marriage and Jauhar saw a rise only to protect their honor from invaders. Social reformers like Swami Dayanand Saraswati, Raja Ram Mohan Roy, Ishwar Chandra Vidyasagar amongst others were instrumental in extensively wiping out many a social evil.

Currently, illiteracy and poverty are the hindrances behind women empowerment. And perceptions need to change. It is then that crimes against women will see a decline. It will take some time for India to regain her lost glory in all spheres.

Featured image description: Carvings from Kiradu ruins, Rajasthan, dating back to the 11th century. Women are seen practicing the art of warfare.