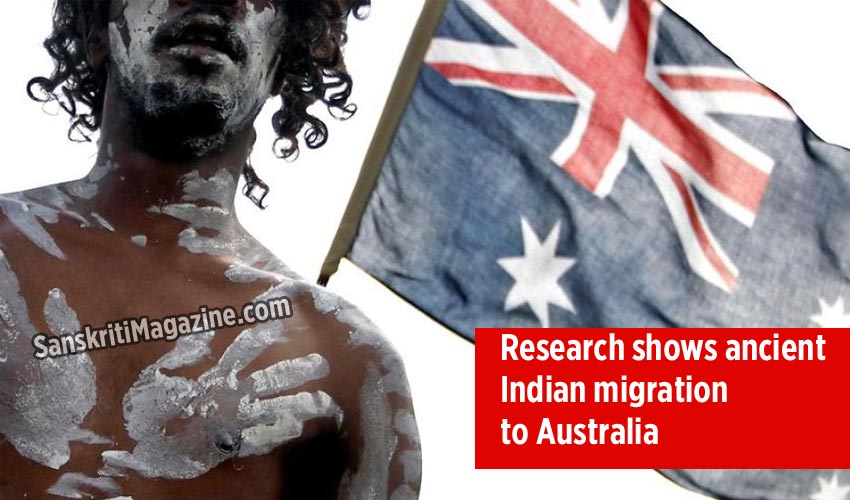 A new study of Indigenous Australian DNA suggests there was some form of migration from India to Australia about 4,000 years ago.

Aboriginal people first inhabited Australia about 40,000 years ago and researchers had previously thought them to be isolated from the rest of the world for thousands of years.

A German study may change that assumption after it analysed about 1 million genetic markers in Indigenous Australians and compared the patterns of variation to other populations.

Doctor Mark Stoneking, from the Max Planck Institute for Evolutionary Anthropology, and a team of researchers found the first signs of Indian influence coincided with a time of significant developments to the way Aboriginal communities lived.

Dr Stoneking says there are two explanations for the Indian DNA link.

The study shows the earliest Indian link occurred about 4,000 years ago during a time when dingoes first appeared in the fossil record and Aboriginal communities changed the way they sourced and prepared food.

“It does at least raise the suggestion that all of these events might all be connected.”

Professor Alan Cooper, from the University of Adelaide’s Centre for Ancient DNA, says the Indian influence may well have played a role in the development of the Aboriginal culture.

He says it is impossible to ignore the link with the discovery of the dingo.

“The timing of all those things in the archaeological record, about 4,000 to 5,000 years ago, happens to match the timing estimated for this genetic influx from India,” he said.

“The timing is similar enough that it’s now got us wondering whether the two are connected. Certainly the timing is pretty suggestive.”

Professor Cooper also points to another development that happened around the time of this Indian connection – a big expansion of one of the Aboriginal language groups.

“This other language seems to have taken over Australia relatively recently – perhaps 5,000 years ago,” he said.

“And how it did it, how it replaced the other ancient languages, we don’t know.

“So suddenly, 4,000 to 5,000 years ago is starting to become a fairly tumultuous time in Australian history.”

Dr Stoneking says it has taken a while for the Indian influence to be discovered because Indigenous Australians have been hesitant to participate in these kinds of genetic studies.

“Based on their previous treatment at the hands of Europeans, the Australian groups have been rather suspicious of what the purpose of these studies are and what they might show,” he said.

Professor Cooper agrees and says there is still so much more to learn about the history of Indigenous Australians.

“We know so little about Australian human legacy, and yet it’s perhaps one of the longest continuous occupations of any human cultural group in the world,” he said.

“It’s one of the most rich and challenging stories in human history, and we know almost nothing about it, as this study has shown.”

The study will be published in the Proceedings of the National Academy of Sciences.