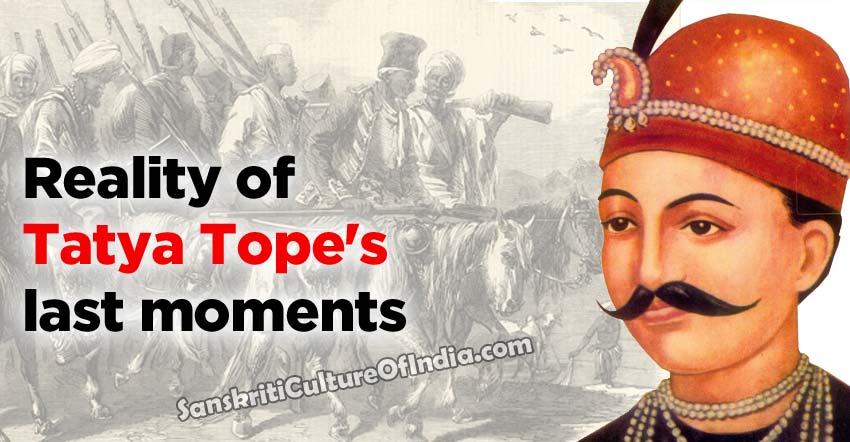 An engineer based in the US, an MD in anaesthesia based in Delhi, a psychologist, a software engineer, a Navy-official-turned-teacher and many others from the scattered Tope family have joined hands to find out the truth about one of their forefathers, and one of the foremost heroes of the First War for Freedom in 1857, Tatya Tope.

The result is “Operation Red Lotus” (Rupa & Co), a voluminous account of Tope’s valour, based on meticulous research, including that of previously-not-accessed historical documents. Parag Tope, the US-based engineer-MBA, has written the engrossing book that deflates the accepted history that Tope was hanged by the British in Shivpuri in Madhya Pradesh in 1859, and says that in reality he was killed in action a few months prior to that. Tope discusses Tatya, history writing in India and the book with Deccan Herald’s Utpal Borpujari:Why did you decide to take up the research?
The stories of Tatya Tope and 1857 that we heard growing up had little coherence with what was “officially” taught to us or written as history.  This gap remained in the back of my mind.  I used to often discuss history with my siblings whenever we met.

History was a hobby and a passion.  In 2006, my sister, Rupa (the psychologist), read in the newspapers about the books that were planned to be released in 2007, the sesquicentennial of 1857.  She wondered if the same old tired story was going to be retold and asked me to write this book.

Several members of the current Tope family carried out the research.  How difficult was the process ?

The process was tedious – in terms of locating information, but not manageable. Rajesh (the doctor), my brother, for example came across the existence of these never before translated Urdu letters written to Tatya Tope. This needed travelling to Shivpuri, Bhopal, etc. We also travelled to various other towns and cities.  While it was tedious, we saw it as an opportunity to reunite the scattered Tope family.  There was a gathering of all the Topes from far-flung places in April 2007 in Shivpuri.  The difficulty was not in research – it was in coming to terms with a jaundiced history written by Indian historians claiming to be objective.
What are the most significant and unknown aspect of Tatya Tope that you unearthed during the research?

The biggest find about Tatya Tope, the person, was an eye-witness account of Tatya Tope’s death in the battlefield of Chhipa Barod at 6:30 am on January 1, 1859, by Maj Paget, and English artillery officer, months before he was supposed to have been hanged as per history books.
Does the contradiction between what your research threw up and what is contained in the known history reaffirm your argument that Indian history, especially that of the 1857 war, needs significant reassessment? Absolutely.  I recognise that history is always written with an agenda.  The primary problem with the historiography of 1857 is not the rigour or aptitude of those wrote it – but their attitude and predetermination, which betrays an agenda.  While we did unearth new content, our reassessment was in the context.

A reassessment of 1857 needed to be done without the “feudal” agenda or the “mutiny” prism or without the “subaltern” or “armed peasant” obsessions.  Clearly we had an agenda as well which was to close the gap between what we had “heard” of as history and what was being “told” to us as history.
Do you feel Indian historians have faulted by largely following the English history and not carrying out their own original research into the 1857 war? There has been plenty of research on 1857, including what would be considered “new” research.  The problem lies not in the research and the aptitude of the work, but the tone and the attitude of the scholars.  Semantics also changed.  The “Oriental Despot” became the “Feudal.”  Words such as “dotard”, “wicked”, “worthless”, “vexatious”, “petty”, “ill tempered” were used freely to describe Indian leaders.  Hardly scholarly.  The “mutiny” paradigm changed to a “civil rebellion” or an “armed peasant” to force fit 1857 into Karl Marx’s ideas.  The “subaltern” view of 1857 forced a narrow and emotional view on 1857 to transform the “mutiny” into a “religious” war.  Historiography of 1857 remained a collection of incoherent and incomplete and illogical presentation of the events. The current generation is hardly interested in knowing about past heroes like Tatya Tope, except in what they require to know as part of their educational curricula. Comment?

Indian history particularly that of 1857, that is taught in schools is built on a foundation of a false paradigm that punishes the mind and demotivates those who are exposed to it.  Tatya Tope is mentioned as a hero, but none of his stories are consistent with the label.  Operation Red Lotus demonstrates that India, today, remains a nation because of the leaders of 1857 and Tatya Tope, especially his resurgent campaign during late 1858 that revived the spirit of freedom.